The Private Prison Conspiracy: How Rap Music was Manipulated to Induce Criminality

The Private Prison Conspiracy: How Rap Music was Manipulated to Induce Criminality 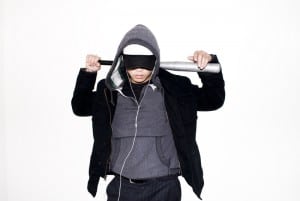 The private prison conspiracy and the manipulation of rap music is shocking, but it also part of a larger agenda.

The private prison conspiracy is the movement,

which began around 1984 in the US, to privatize American prisons (as has been done in UK also) and turn them into for-profit businesses. The United States is the world’s number one jailer, and recently profits for private prisons rose 56% in the first quarter of 2013. The federal prison population in the US has swelled 790% since 1980. Naturally, in this kind of industry, the main way to make more money is to incarcerate more people. In any kind of conscious, rational society, the privatization of prisons would never be allowed, since it sets up a situation where certain people (private prison owners) profit more as the crime rate goes higher. It brings about a direct financial incentive for private prison owners to increase the crime rate and thus attract more criminals into their “operation”. You may think that this incentive wouldn’t necessary lead to anything, but think again. We live in an age of massive deception, and the private prison conspiracy is yet more proof of it.

How rap music was hijacked and manipulated to induce criminal behavior

In this shocking confession, a former Hollywood music executive, who was very high up in the industry, was one day invited (along with his colleagues) to a closed door meeting with a small group of music business insiders to discuss rap music’s new direction. He reports how none of them knew the purpose of the meeting, and all had to sign confidentiality agreements, which, if violated, would result in job termination. The men running that meeting meant business.

Then a man got up in front and spoke to the group, saying that the corporations they all worked for had just invested in privately owned prisons, and that their work in the music industry could affect the profitability of these investments. At this point the confessor felt strange and uncomfortable, not seeing the connection. But then it got worse. The man in front then suggested that all the music executives present could use their positions of influence to help make their corporate bosses more money, i.e. by using music to influence people into committing more crimes, and thus increasing the amount of people in society needing imprisonment.

At this point some of the executives there became angry and a chaotic scene ensued, eventually ending with a man from the group controlling the meeting actually pulling out a gun. The confessor was escorted from the premises with the warning that he was never to talk about what happened. The scene ended with the chilling admission from his industry colleague who had opened the meeting earlier, that this was bigger than the music business and nothing we’d want to challenge without risking consequences. Clearly, the confessor had just stumbled onto something much grander than a private prison conspiracy – he’d come face-to-face with the global conspiracy itself: the New World Order (NWO).

The private prison conspiracy is part of the NWO global conspiracy

Privatisation has been part of the NWO strategy for centuries. It is essentially the transferring of something that it is under control of the People in general (through the Government) to the control of a small group of wealthy oligarchs. The deceptive propaganda is always that private companies can run things more efficiently or profitably than the Government, or that since the Government is partisan and politicised, it is better to have certain functions of society in the hands of a non-partisan group. It’s a giant con which has fooled the majority of the population, including academics and other intelligent people, who can’t see the obvious, that it is a blatant theft of power and control.

This is nowhere better illustrated than in the privatization of central banks, which goes way back to Babylon, through the Roman Empire, the Catholic Church, the Knight’s Templars and especially in recent history to the Rothschilds. The Rothschilds built their fortune upon being allowed to run privately-owned central banks in various European countries. They control the central bank in every major country of the world, including the Bank of England and the Federal Reserve.

When you deeply study the New World Order and the global conspiracy, you begin to see the hidden connection among various aspects of society, that would normally appear totally unrelated to the average person. At the very top, there are a few corporations (the 6 corporations that have consolidated control of the mainstream media) that have their hands in everything: media, entertainment, music, weapons, food. In order to maximize profit and control, they get one arm of their operation (e.g. the media) to support the other (e.g. war), while all the time making it look impartial and objective. They do this all the time by banging the war drum and encouraging America to “support its troops” and invade yet another poor, defenseless nation.

This was exactly what happened with rap music; they got one arm (music) to support the other arm (prisons). Anyone who has empathy, compassion and a moral compass, and refuses to go along with the NWO agenda and the private prison conspiracy, is threatened, silenced and even killed if necessary. It’s not surprising they choose Hollywood and the entertainment and music industries as tools to promote more violence and criminality, since it is rife with mind-controlled celebrities and people willing to sell their soul or do anything for a few seconds of fame.

The private prison conspiracy is larger than just prisons or rap music. It shows the shocking extent to which society is manipulated by a small group of psychopathic controllers. Connect the dots and spread the word.

Previous Article
IRS Harassment Scandal Begs the Question: Is the IRS an Agency of the US Government?
Next Article
Elite Monsanto Says Anyone Interested in Pure Food is Elite