Pompeo and the Mafia Hit Strategy

Pompeo and the Mafia Hit Strategy 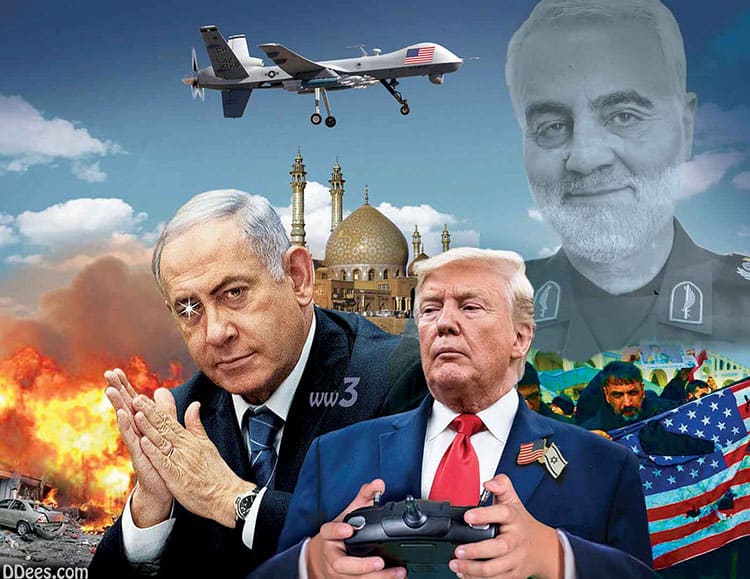 is part of a larger murder campaign, according to Secretary of State Mike Pompeo. For the former tank commander, murder—not simply double-tapping the target with a firearm, but blowing him into meaty chunks with a Hellfire missile—is “real deterrence.” Pompeo said during a speech at Stanford University’s Hoover Institute “there was ‘a bigger strategy’ behind the killing of Soleimani, the commander of the Quds Force, Iran’s elite foreign espionage and paramilitary force.

“President Trump and those of us in his national security team are re-establishing deterrence – real deterrence ‒ against the Islamic Republic of Iran,” he said.

“Your adversary must understand not only that you have the capacity to impose cost but that you’re in fact willing to do so,” Pompeo said, adding that the 2015 Iranian nuclear deal from which Trump withdrew in 2018 had emboldened Tehran.

The USG Mafia Hit Strategy on steroids is not confined to threatening Iran, however. Pompeo eluded to Russia and China’s leaders being assassinated.

“The importance of deterrence isn’t confined to Iran,” Pompeo said. “In all cases, we must deter foes to defend freedom. That’s the whole point of President Trump’s work to make our military the strongest it’s ever been.”

He cited the resumption of lethal military aid to Ukraine for defense against Russia-backed separatists, Trump’s withdrawal from an arms control accord with Moscow and tests of a new U.S. intermediate-range cruise missile.

Pompeo also pointed to increased U.S. naval exercises in the South China Sea in response to China’s militarization of disputed islands and Trump’s imposition of tariffs on Chinese imports as aspects of the administration’s deterrence strategy.

Pompeo didn’t come out and say Trump’s government will steer Hellfire missiles specifically at Vladimir Putin, Xi Jinping, or even Kim Jung-un. The message, however, is inescapable, especially for folks opposed to neoliberal crony capitalist domination of their national economies, industries, public services, and natural resources

Iran wants a nuke to prevent an attack by the USG in collaboration with the Zionist government in Israel. Ditto, North Korea. It remembers when the USG bombed virtually every city, town, and hamlet in the country and killed a third of the population. No doubt the mullahs in Tehran vividly recall Muammar Gaddafi’s fate. They also remember how the CIA colluded with the Brits to overthrow the democratically elected government of Iran and installed a monarchial tyrant.

It is entirely rational to seek the most effective deterrent to foreign invasion and mass murder campaigns waged relentlessly by the crony capitalist neolib USG and its little vicious client, Israel, the racist state where only Jews are considered first-class citizens and Arabs are tortured and killed—or at best maimed (during anti-occupation protests, Israel snipers are instructed to aim for the eyes).

For neocons, Trumpsters, and Fox News teleprompter readers, “taking out” Soleimani in Mafia hit fashion “was a brilliant move.”

.@jockowillink says President @realDonaldTrump‘s gamble ordering the strike that killed Soleimani was a brilliant move that killed an enemy of America and the Iranian people on #TheBrianKilmeadeShow @foxnation @foxnewsradio https://t.co/2w4S5n3yC8

Yes, of course, murdering leaders of recalcitrant nations is considered a “brilliant move” by psychopaths. The Italian-Jewish Mafia killed opponents one-by-one or in small groups while the USG kills opponents in the thousands, even the millions. The Gambino family and Kosher Nostra founded by Arnold Rothstein (who was himself assassinated) would have loved to take out their opponents with Reaper drones and Hellfire missiles, courtesy of witless US taxpayers and debt-serfs.

USG embassies were not and are not under threat by Iran. In Iraq, the people protesting outside the embassy are Iraqis. They want the USG and its contractors out of their country which is still reeling from Bush the Lesser’s invasion, a follow-up on more than a decade of child-killing (over 500,000) sanctions and a previous invasion by Junior’s father, the former CIA boss who would become president.

Corporate war propaganda media is pushing the narrative that Trump impulsively decided to slaughter Soleimani, as if it simply came to him out of the blue.

.@douglaslondon5, who retired from CIA at the end of 2018, writes that he and his team “often struggled in persuading the president to recognize the most important threats” because of Trump’s “focus on celebrity, headlines, and immediate gratification.” https://t.co/1SlVDNb44l

Hardly. This is simply another anti-Trump gimmick. If you look beyond this one-dimensional pre-election circus, you’ll see Trump’s orthodox Jewish son-in-law, Sheldon Adelson, and a cast of Zionist characters steering the president into war with Israel’s enemies. Indeed, Trump is driven by a pathological need for attention and this has been successfully exploited by neocons in the service of a tiny nation based on racial and religious superiority.

The neolib USG with its Israel-first neocon faction is the largest and most deadly Mafia organization in the world. The US government has killed millions since the end of FDR’s war under false pretense and has overthrown countries far and wide. It trains and enables sadistic paramilitaries, has armed crazed Wahhabi jihadists, and is the only country to have used a nuclear weapon against innocent civilians.

Previous Article
The Truth Comes Out About the Soleimani Assassination
Next Article
Propaganda and Lies: Iran and Ukrainian Flight PS752