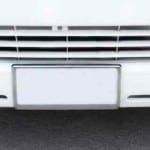 Politicians avoid fines with their special unlisted number plates (one set of laws for rulers and one for servants). But don’t worry; there’s a way to outsmart the system so that you too can avoid tickets.

by using certain car registration plates that are not listed in the DMV (Department of Motor Vehicles). In yet another example of blatant corruption, Colorado legislators are immune from speeding and parking tickets thanks to the special “invisible” plates issued to lawmakers, as reported by Chris Morran in the Consumerist. This is yet more evidence that we are not living in a free and open democracy or republic, but are rather living in a very tiered, structured society, where there is one set of laws for the “rulers” of society, and one set of laws for everyone else (the servants or slaves). Such is the structure of the totalitarian New World Order. Politicians avoid fines, and police go out of their way to make you pay extra fines to meet their quotas.

Tyranny with loopholes for the privileged

This goes to show what the game plan is. The NWO controllers are hellbent on constructing a police state and a surveillance society, where everything is forbidden and monitored. They want rules and regulations for everything, and fines and punishment for those who do not comply. However, lest they be trapped in a creation of their own making, they make sure there are loopholes for the privileged built in to the system. Whether it be unlisted number plates, non-TSA molestation lines at the airport or special tax and health care plans for Congress, our so-called “rulers” always seem to find a way to escape the tyranny they set up for everyone else. Strange, isn’t it?

Does the law apply to everyone … or not?

If you’re tired of the foul hypocrisy, then refuse to pay these kind of fines, which are basically a revenue extraction scheme anyway. The pretext is that they are for road safety, but the honest truth is they are a trap to raise more money for a bloated and ever expanding bureaucracy, which would rather tax, charge and fine people than actually downsize and take a look at its own efficiency. Refuse to be part of it! Politicians avoid fines, so why shouldn’t you? These excellent resources will help you successfully combat speeding and parking tickets: