Police Policy Exposed: Candidates with High IQs Not to Be Hired

Police Policy Exposed: Candidates with High IQs Not to Be Hired 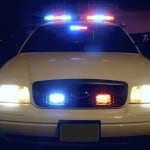 Police policy exposed: people with high IQs are not to be hired. The reason given is they’d get bored too fast but the truth is the NWO wants mindless enforcers.

with the stunning case of Robert Jordan, who applied to be a New York cop but was turned down – not because he was too dumb, but because he was too smart! That’s right, you heard me correctly; a candidate for a police job was rejected because he scored too highly on his IQ test. The case went to appeal but the courts upheld the lower court’s decision. Although the rationale may seem fair (that a police force does not want to hire someone who is too intelligent or advanced for the job, because they may later quickly get bored), the deeper truth behind this incident is that the elite rulers of this world want cops with low IQs to carry out their orders (disguised as “enforcing the law”) without questioning it.

The New World Order will only become a reality if it recruits enough unthinking, mindless enforcers

The police force has undergone a massive transformation in the last few decades. It has gone from being an organization that “serves and protects” We the People to a militarized force that all too often uses brutal force (including tasers) against defenseless members of the public. Part of this change can be attributed to the new police policy of psychologically screening candidates before hiring them, and only choosing ones known to be bullies, violent and lacking intelligence.

If police really knew they were enforcing the New World Order into existence, would they do willingly do it? Would they intentionally help bring about a totalitarian dictatorship, with the mega-rich banking families as rulers, and everyone else as slaves? No, they wouldn’t. But, they don’t realize it. Most cops are utterly clueless that they are even enforcing statutes (in commercial jurisdiction) instead of law (in common law jurisdiction), or that there are even 2 separate jurisdictions operating simultaneously.

If more police policy exposed itself, perhaps more police officers and police candidates alike would wake up to how they are being used.

Previous Article
How to Drive Without a License
Next Article
Subliminal Mind Control Part 1: 1960s US Government Anthem Video