People Voluntarily Chipping Themselves: Will the Seduction of Technology Lead to Total Enslavement?

People Voluntarily Chipping Themselves: Will the Seduction of Technology Lead to Total Enslavement? 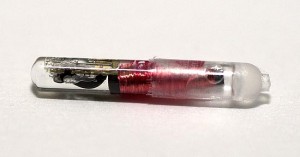 Many are voluntarily chipping themselves unaware of the danger to health, privacy & freedom. Will the seduction of technology lead to enslavement?

The phenomenon of people voluntarily chipping themselves

is a stark and scary reminder of how the seduction of technology – of ease, of convenience – could well lead us down the path of total enslavement. While it is understandable to want to make your life easier by replacing manual labor jobs with machines, or replacing heavier items like books, keys and wallets with lighter electronic items, the vast majority of the population is utterly ignorant of the incredible danger posed by allowing these electronic devices into our lives – and into our bodies – and under our skin. There is very little debate about the staggering implications of implanting people with RFID chips (Radio Frequency Identification Chips), given the fact they can destroy your health and could be remote controlled to wipe out privacy and free will; instead some are lining up and voluntarily chipping themselves like animals, and more and more people are following.

Are People Really Voluntarily Chipping Themselves?

If you think I’m exaggerating and overstating the case, have you heard about biohackers? Take the example of biohacker Amal Graafstra, who proudly spoke at a TED talk in 2013 about he willingly injected himself with a RFID chip to be able to open his door, log into his computer, get into his safe and turn on his smartphone; he mentions that “people are signing up and getting chipped across the globe, from Russia to China to Australia …”. There are now many groups of biohackers voluntarily chipping themselves, including Neil Harbisson, a colorblind artist who in 2003 had an “eyeborg” antenna implanted directly into his skull.

Of course, surrounding the whole transhumanism movement is a whole set of Orwellian double-speak marketing language, to sell the technology and make it look cool. People voluntarily chipping themselves (and advocating that also others do it) look at implantable chips as “body augmentation“. What they fail to realize is that it’s not enhancing or augmenting the body to inject it with a synthetic, artificial electronic silicone device – a piece of plastic and metal which is completely foreign to the body. Common sense dictates that any injected microchip will irritate the body, send out artificial radiation into your bloodstream, cause inflammation and disease, and potentially even lead to serious illness. No matter what technological prowess you gain from the chip, is it worth sacrificing your health for it (without even getting to the threat to your privacy and freedom)?

Trying to merge yourself with a machine is not evolution: it’s devolution.

I would suggest that, psychologically speaking, what is motivating these individuals who are voluntarily chipping themselves is that they are trying to fill a void in their lives. It springs from a lack of self-love. Now, we can all do better at self-love, but when I see people destroying their body by injecting artificial devices inside of it, it smacks of a serious lack of self-love, and an ignorance of how perfect they are already, and how perfect the human body is already. It shows a lack of appreciation for the incredible miracle of the human body, and a lack of understanding for the fact that we all have hidden psychic talents (telepathy, telekinesis, etc.) that could be activated to achieve our higher potential without the need for outside technology.

That lack of self-understanding and self-love, of course, fits right into the hands of the Global Controllers, who deliberately promote messages of ignorance, worthlessness and fear to be better able to manipulate the masses.

Many researchers such as David Icke (and also Aaron Russo in this video recall of what he was told by Nick Rockefeller) have been warning about how the human microchipping agenda constitutes the ultimate goal of the New World Order global conspiracy. The reason for this is that the mentality of the entities running the world is that of a heartless, soulless, coldly calculating hive-mind. It is very much like the Borg of Star Trek; a collective computerized entity that cannot comprehend love, cannot handle individuality and cannot tolerate events or people occurring or living outside of its control. For such a mentality, it is easy to see how microchips are the perfect solution to its psychopathic and megalomaniacal desire to control everything and everyone.

Humanity desperately needs to perceive the very real danger that if we allow ourselves to be chipped, there will be no turning back. Once you have a chip in you, you have taken the first step down the dark path of transhumanism – the merging of man with machine. Sure, the first chips may not be able to be remotely controlled via GPS; but it’s only a matter of time. You can be sure that as technology develops, the chips will become smaller, faster and capable of more and more things, including one day feeding thoughts directly into your brain. That’s mind control – and if you have a chip stuck inside of you, there will be no way to turn it off.

Beware of the seduction of technology, and those “useful idiots” who unknowingly serve the system by voluntarily chipping themselves.