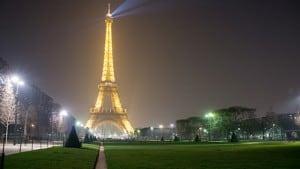 Paris Attack November 2015: another false flag attack to be blamed on Muslims? Was Zionism behind this just like with the Charlie Hebdo attack?

on November 13th 2015. Click here for 10 signs it was a false flag operation, and here for the Paris attack foreknowledge and aftermath. Around 129 people were killed in an attack in central and northern Paris – at the Bataclan Theater and Stade de France – and that the attack was allegedly perpetrated by Muslim terrorists. However, as alert readers hopefully know by now, anytime you hear of an alleged Muslim terror attack, especially in Western countries like France, Britain, the US, Australia or Canada that are controlled to their core by Rothschild Zionism, you need to question everything about the incident. You need to look at the facts very closely indeed, for there is a very good chance that this Paris attack is another false flag to incite fear and hatred of Muslims and add to the demonization of Islam.

Is this yet another false flag attack in France to be blamed on the entirety of Muslim people and Islam? There was already another Paris attack earlier this year in 2015 – the attack on Charlie Hebdo – an incident which bore signs of being a Zionist false flag attack. Remember how there was no blood even though people were being supposedly being shot at close range? Remember how French President Hollande admitted those behind the attacks were the “Illuminati”? 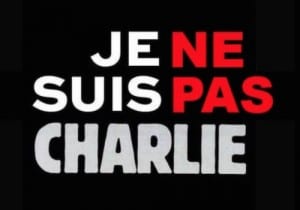 “Je ne suis pas Charlie” or “I am not Charlie”.

Although I believe in the right to free speech for everyone as a basic tenet of human freedom, that’s not at all what the Hebdo Paris attack was really about. Hebdo’s cartoons are unashamedly crude and to most people highly offensive. As the author of this article Is Charlie Hebdo a Western Hate-Machine? points out, they seem basically designed to cause the maximum amount of offense and anger possible, for no particularly good reason other than to irritate entire religions and ethnicities. No wonder that the Rothschilds bought the business – they know how to divide and conquer to stir up conflict and war … being doing it for centuries …

The whole massive campaign of “Je suis Charlie” (“I am Charlie”) would be better labeled “Je suis hoodwinked”. Did the French people realize what was happening? They marched in the streets in apparent defense of free speech, yet soon after the Charlie Hebdo Paris attack, the French Government passed new stricter surveillance laws, ultimately leading to less freedom for the French. The result was no different to another staged terror attack elsewhere – scare the people and get them to accept harsher laws and less liberty – no matter how many unthinkingly went along with the “Je suis Charlie” motif. 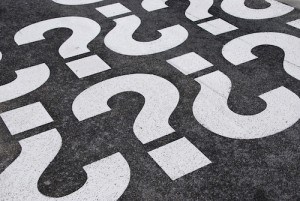 With this Paris attack of November 2015, who benefits? Question everything.

Ask yourself the classic question which cuts through all the details and confusion in maters like this: cui bono? Who benefits? The answer is that the following groups benefit:

– the French Government (who can now push through harsher laws under the guise of fighting terrorism, especially while people are in a state of shock and fear; ordo ab chao [order out of chaos] or problem-reaction-solution);

– Islamophobes (who have more ammunition to denounce an entire religion based on the actions of a tiny, tiny number of extremists);

– Zionist Israel (who will no doubt use the Paris attack to strengthen their claim that all Muslims are crazy, dangerous terrorists);

– New World Order manipulators (who follow the general rule of thumb that the more division and infighting there is, the more opportunity for profit and control there is). 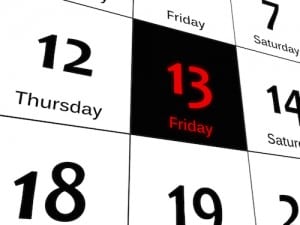 Is there any numerological significance to this attack occurring on Friday 13th? To a symbol-obsessed elite, most probably yes.

The Numerology of the Paris Attack

Finally, in an age where occult secret societies use hidden ancient knowledge to control and manipulate others (black magic), it is a strange coincidence that this 2nd Paris attack of 2015 should occur on the date of 11/13/15 – as it is written in American English – which carries numerological significance. It was also Friday 13th, with the number 13 being a very significant number for the Illuminati, Freemasons and other secret society initiates.

Stay tuned for more details. With events like this, it will not be long before the citizen journalists and researchers of the world begin to rapidly discover the clues about who really orchestrated this event – and you can bet your bottom dollar there will be a whole lot more to the story than random Muslim terrorists.

Is Charlie Hebdo a Western Hate-Machine?