The Ideal Ratio of Omega 6:3 Fats – And How Both Can Stop Cancer

The Ideal Ratio of Omega 6:3 Fats – And How Both Can Stop Cancer 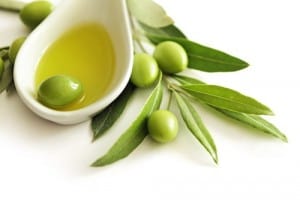 We’ve been told why omega 3 fats are important, but healthy omega 6 fats are more crucial. Learn the correct ratio of omega 6:3, and how they can both stop cancer.

derived from natural healthy sources, have been somewhat demonized or at least forgotten in the world of natural health and nutrition. A lot of focus has gone towards highlighting the importance of omega 3 fats – and rightly so, because omega 3 fats do play a vital role in boosting the health of your heart and brain, and preventing inflammation and diseases like arthritis, Crohn’s, ADHD and cancer. However, the downside has been that people have over-compensated for this by taking excess omega 3 supplements (usually fish oils) and have thrown their omega 6:3 ratio – and body – out of balance. However, both omega 6 and omega 3 fatty acids offer potent health benefits which are so powerful that they actually act as a cancer preventer and/or cancer cure.

The Ideal Ratio of Omega 6:3 Fatty Acids in the Body

So what then is the best ratio of omega 6:3 fats for optimal health? For this answer we turn to Professor Brain Peskin, one of the true experts in this field of nutrition. Peskin is a scientist who specializes in studying parent EFAs (Essential Fatty Acids). He noticed that the term “EFA” was being widely misused – people were using it to describe secondary derivatives of EFAs such as EPA, DHA and GLA. To counter this, Peskin actually coined a new term (Parent Essential Oils or PEOs) to describe the 2 true essential or critical fatty acids which are the foundations of all the others. These 2 are LA or linoleic acid (another name for omega 6 fatty acid) and ALA or alpha-linoleic acid (another name for omega 3 fatty acid). Your body can make all the other fatty acids from these 2 “parent” oils.

To determine the ideal omega 6:3 ratio for the human diet, Peskin studied the composition of fat inside human tissue. He found that the ratio of omega 6 to omega 3 was much higher in the body than you might believe. In the brain and nervous system, it is 100:1; in the skin, 1000:1; in the organs, 4:1; in the adipose tissue (fat), 22:1; and in muscles, 6.5:1. Most of the human body is made of fat and muscle, so you could say the average ratio – as found in the composition of the human body – is around 10:1. Much higher than you may have thought!

But Weren’t We Told We Were Eating Too Much Omega 6?

Yes, we were told that, but you have to look at the type of fat or oil. I have previously written about the dangers of plastic oils or plastic fats, and how we must learn to differentiate between healthy fats (that come from a farm or field and have not been adulterated) and hydrogenated fats (the plastic fats which Big Pharma and Big Agra chemical companies have been pushing). One of the main problems with eating too much omega 6 is that, for the average person, the omega 6 they are getting are trans fats or hydrogenated fats; they are part of margarine, Crisco or some other adulterated vegetable oil, rather than raw olive oil, walnuts or sunflower seeds. We are not necessarily eating too much omega 6; we are eating too much unhealthy omega 6.

Epigenetics, the Environment of the Cell, is Far More Reponsible for Health/Disease than Genetics

Another thing I like about Peskin is how he has sought to scientifically prove that the state of health (or disease) of a cell or body is overall not due to genetics. This busts the Big-Pharma promoted propaganda that people are destined to get disease due to their genes, and there’s nothing they can do about it. The idea that you are completely controlled by your genes is an insidious, disempowering lie which can strip you of your confidence, will and responsibility. It can also lead you to undergo insane operating procedures, such as Angelina Jolie’s decision to have her breasts cut off because they might – might – one day develop a malignant tumor. Yet in today’s upside-down world, such as decision was greeted with admiration and painted by mainstream women talkshow hosts as “brave”, when “insane” or “masochistic” may be better adjectives to describe it.

Epigenetics is the new field of science that explores why some genes are expressed and some are not. We now know that every cell membrane has receptors that pick up environmental signals. In other words, your cells can choose whether or not to read their genetic blueprint, depending upon the signals they get from the environment. Even if you do have a so-called “cancer gene”, if there is definitively such a thing, it does not necessarily have to get expressed. You are not controlled by your genes; which genes are turned on or off, expressed or not expressed, is primarily determined by your thoughts, attitudes and perceptions!

Peskin wrote an article in 2011 entitled “Good News: It’s Not Genetic“. In it he shows the science of why “your DNA sequence does not determine your entire genetic fate” and why “mutations are caused by epigenetic adulteration (environmental causes altering the behavior of genes but not necessarily the structure).” To those who have always intuitively felt that we humans are more powerful than we generally think or have been taught to believe, it provides scientific evidence showing why genes can be overcome and why free will can be more powerful than determinism.

Both Omega 6 and 3 Are Cancer Preventers and Cancer Cures

Coming back to omega 6 and omega 3 fats, Peskin has also extensively studied the direct relationship of EFAs and PEOs to cancer and cardiovascular disease, the 2 leading causes of death in the US. His research shows that both omega 6s and omega 3s can actually act as cancer preventers and cancer cures. Remember the 1931 Nobel Prize winner Otto Warburg, who discovered that hypoxia (lack of oxygen reaching the tissues) could result in cancer? And conversely that cancer could be cured by getting enough oxygen to the weakened cells? Many healing protocols and products (such as Vital Ion) are based on the idea of deep oxygenation of the body – of getting enough oxygen into the cells, knowing that parasites cannot survive in an oxygen-rich environment.

Healthy PEO omega 6 and omega 3 fats can solve the oxygen problem, and thus the cancer problem. They both build cells and contain powerful anti-inflammatory compounds, such as precursors like prostaglandin and the body’s powerful “natural blood thinner” prostacyclin (a platelet anti-aggregate and anti-adhesive). In Peskin’s report Anti-Aging Therapeutics Volume XII, he explains how he conducted an experiment by feeding mice a PEO blend (comprised of healthy omega 6 and omega 3 fats). The mice fed the most PEO fats fared the best, with highly significant tumor reduction. Peskin concludes that “my experiment conclusively shows that PEO-based oils are able to modify the internal structure of cells in an epigenetic fashion, thus making them more cancer resistant; the desired anti-cancer/increased cellular oxygenation solution is accomplished per Warburg’s findings.”

Previous Article
Voting for Hillary? You May Want to Recall the Clinton Body Count
Next Article
Welcome to GMO Australia and Vaccine Australia