more and more as the gross violations of this dark, secretive organization (the National Security Agency) reach an extreme. The privacy intrusions and power grabs of the NSA are becoming so flagrant that its actions are triggering a massive response in its employees and contractors. At least 5 NSA whistleblowers have come forward in the last 9 years and spoken publicly to large audiences about how the NSA is constructing a gargantuan spy grid capable of intercepting and storing almost any electronic “transaction” (phone call, text message, email or any other piece of digital data) that occurs virtually anywhere in the world. Each NSA whistleblower is taking grave security risks (both to himself and his family) by deciding to speak out against Big Brother, potentially putting his life on the line.

Hopefully this gives you a sense of their dedication to truth and freedom, and how important they believe it is – having seen the situation from the inside – that we all sit up, take notice and participate in what direction we want our society to go. The train of tyranny is hurtling along at full speed, and if we don’t do something to change direction, we may all wake up in the type of surveillance state George Orwell so chillingly described in his dystopian book 1984. 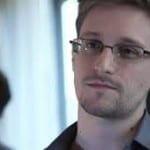 Several NSA whistleblowers form a growing list of truthtellers who decided the truth was more important than a comfortable career, such as Ed Snowden, above.

Ed Snowden joined the growing list of NSA whistleblowers and burst onto the public scene in June 2013 with a story that captured the imagination of many worldwide. At only a young 29 years of age, but with a large amount of calmness, confidence and moral integrity, Snowden quit his comfortable life in Hawaii (including leaving his girlfriend) and fled to Hong Kong with laptops and thumb drives full of classified NSA documents, including information on their spying programs such as Project Prism. To protect his life, Snowden gave all the information to several other sources, who have been told to release all of it in the event of his death. Although most or all of the information Snowden leaked was available and known to alternative researchers, he achieved his aim of bringing the topics of warrantless wiretapping and the surveillance state into the public spotlight, in the hopes of provoking discussion and debate. As of the time of writing, Snowden is stuck in international limbo at a Russian airport stripped of his US passport, but having been offered political asylum in Venezuela, Bolivia and Ecuador – if he can find a way to get there without going over US-controlled airspace.

William Binney worked at the NSA over 30 years, including time as a director of the NSA’s World Geopolitical and Military Analysis Reporting Group. He estimated in 2012 that the NSA has amassed over 20,000,000,000,000 (20 trillion) “transactions” from Americans, in gross violation of the Constitution. This could include every email sent and received by US residents since 9/11. 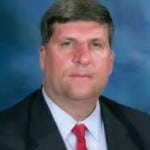 Russell Tice was one of the original NSA whistleblowers, coming forward in 2004 to expose the NSA’s spying invasions. He recently revealed shocking new details of the NSA spying scandal, mentioning some of the specific targets of past NSA wiretapping operations, which included senior Congressional leaders (e.g. Dianne Feinstein), the former White House Press Secretary and high-ranking military generals (e.g. David Petraeus, who was forced to resign as CIA chief because he was caught [by the NSA presumably] having an affair). Tice also revealed that the entire Supreme Court, and even then-Senator from Illinois and future President, Barack Obama, were and are being tapped to this day. 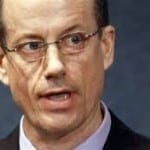 NSA whistleblower Thomas Drake exposed another of the NSA’s numerous programs, this one called Project Trailblazer. He was charged under the Espionage Act, but in June 2011 all 10 original charges against him were dropped. He has given many interviews and made many speeches, urging people to stand up and reclaim their power.

I congratulate these courageous NSA whistleblowers for standing up for truth at the cost of their reputations, careers, salaries and even lives. As long as there are people prepared to expose corruption, to disobey unlawful and unjust orders and to refuse partaking in corrupt and tyrannical programs, there is hope for a free humanity.