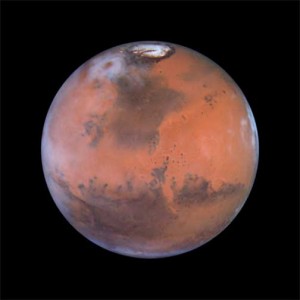 is the name I am giving to the extraordinary phenomenon that has begun to occur, with now more than 7 different whistleblowers having come forward and claiming they have set foot on Mars. The latest account – and hands down the most detailed – comes from Randy Cramer, who initially came out under the pseudonym of “Captain Kaye” as I wrote about in this Mars whistleblowers article. Since that time, he has decided to step out into the public spotlight more fully, and as of the time of writing, he has now done over 6 interviews where he talks about his experiences.

Is the Mars Disclosure Being Authorized by Top Military Officers?

Surprisingly, Cramer reveals that he is being given the green light to go ahead and speak publicly about his experiences. As part of the “USMC ss” (United States Marine Corps – Special Service), he states that his commander, Brigadier-General Julian Smythe, has given him full permission to share his story. Cramer claims his supervisor actually wanted him to speak publicly about it. If Cramer is authentic and telling the truth, this means the official military and governmental endorsement to release a massive amount of sensitive and classified information, all of which would normally be kept completely hidden from the public under that hackneyed rubric “national security”. It means Government-sanctioned Mars disclosure.

Cramer presents himself as a marine, part of a special division known as the USMC ss (United States Marine Corps, special section). He claims a legal basis for this Mars disclosure: article 21 of the USMC code, which allows marine officers to speak publicly about their activities, without breaking their oath of secrecy, if they have exhausted all other avenues to uphold law in the face of a treasonous and seditious elite.

Below is a summary of the key points of Cramer’s account from many of his interviews:

What are the Implications of this Mars Disclosure?

Governments around the world, and the US Government in particular, are lying to people on a scale so massive and colossal it defies imagination. People are scurrying around worrying about menial and banal affairs, falling for fear propaganda like ebola and ISIS, but meanwhile, an elite-controlled section humanity with highly advanced technology is already actively colonizing space. Rich Dolan calls this the breakaway civilization. Cramer states that he believes (but has not verified with personal experience) that we have colonies not just on the Moon and Mars, but also all over the Solar System and beyond.

Is the Secrecy Going to End?

Is the secrecy going to end? I don’t think so. The New World Order controlling hierarchy is founded upon secrecy. This is reflected in the compartmentalized way the military is structured. If you don’t have “need to know”, you’ll be left in the dark. I can’t see this ending anytime soon. The elite’s power is based on our ignorance. Driven by lust for power as they are, why would they give up their power base?

However, it is not as clear cut as this. According to Cramer, the reason for the secrecy around Mars specifically and the Secret Space Program in general was to hide the exclusivity of the agenda. The program was originally set up to preserve entire human culture and DNA, but the agenda morphed into “let’s save just a few elite special people and not everyone” – hardly a good selling point for politicians to disclose to the citizens. Cramer says there are 2 factions of the NWO: one faction wants to create new civilization with advanced technology by cleaning out the old (i.e. eugenics, depopulation and destruction), and the other faction thinks that approach would weaken us and allow ETs waiting in the wings to come in, invade and overtake us. Hence, Cramer sees a possibility that some of the elites may want to get the truth out to save themselves.

Mars Disclosure: Not with a White House Statement!

If we are going to have any kind of widespread Mars disclosure, it’s not going to be some grandiose press statement on the White House lawn. The Government always lies. They would not want to handle the chaos such a statement would cause. Just imagine if they said: “We’ve been lying to you for over 70 years about UFOs and ETs. They exist. We have already been interacting with aliens, managing underground bases with them and making deals with them for decades. We have been allowing them to take some people (via abductions) to experiment upon. And, we have advanced technology (like free energy) we have been keeping from you that provides infinite power and has allowed us to colonize the entire Solar System and travel inside and outside of this galaxy. Have a good day.”

It’s not going to happen!

Instead, what we are seeing is a slow disclosure, whereby the truth is out there, and it is up to each individual person to seek it out, learn it and integrate it themselves. This is a much less threatening way for the Government to leak the truth without losing face and potentially inciting a revolution. In this way they hope to release pressure slowly. Yet, as Cramer says, if disclosure occurs and if we communicate with our intergalactic brothers and sisters en masse (at least the more evolved ones), they would enlighten us about new systems of society that are not exploitative, which would undermine our current debt-based, wage-slave monetary system.

Thank you Randy Cramer for bravely stepping forward and revealing what you know and have experienced. It’s another piece of the puzzle as we unwind the greater truth of Who We Really Are.