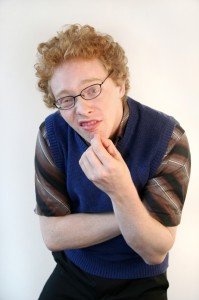 Mainstream journalists (such as Glenn Garvin) are clueless mouthpieces who ignorantly push the GMO, vaccine & nuclear agendas without doing their research. They have no idea a global conspiracy is operating behind the scenes.

Mainstream journalists these days leave a lot to be desired,

such is the depth of their ignorance when it comes to what is really going on in the world, and what forces secretly control it. Sometimes mainstream journalists are so clueless you have to wonder whether they are so unaware that they genuinely believe what they are writing, or whether they are deliberately spouting propaganda for their corporate masters.

Take the case of Glenn Garvin, a writer whose article “The left’s science deniers” recently appeared in the Miami Herald and the Austin American-Statesman (and possibly other papers for all I know). First off, Garvin starts trotting out the pro-GMO argument, claiming as the Biotech industry does that GMOs can “save the world” and “feed the hungry.” If he actually did his research, he would discover this is bigtime deceptive propaganda. Study after study after study have showed that organic farming outperforms conventional farming in terms of crop yield, the reason being that crop monocultures are more vulnerable to pests and stress. The leader of one such study, Dr Doug Gurian-Sherman, is a senior scientist at the Union of Concerned Scientists and former biotech adviser to the EPA (Environmental Protection Agency). The study he oversaw concluded that, “Commercial GE crops have made no inroads so far into raising the intrinsic or potential yield of any crop. By contrast, traditional breeding has been spectacularly successful in this regard; it can be solely credited with the intrinsic yield increases in the United States and other parts of the world that characterized the agriculture of the twentieth century.”

And that’s just crop yield. What about the inherent dangers of GM food? I doubt whether Garvin has seen Genetic Roulette and the evidence showing that GM food causes organ damage, allergies, infertility, autism and a host of other diseases. Or he has seen Seralini’s study showing the horrendous deformations, tumors and cancer caused by Monsanto’s GM corn on lab rats? I would think not.

As if buying into GMO propaganda wasn’t bad enough, Garvin also pushes more brainwashing onto people by insisting that vaccines are safe. Again, I guess he is unfamiliar with the autism-vaccine connection that has started to be upheld by law courts across the world, such as in Italy. Or the fact that some batches of vaccines infected with monkey-viruses have caused cancer. Or the fact that vaccines cause a large percentage of people horrible side effects, including paralysis and death. Or that fact that elite Controllers (such as Bill Gates) who force vaccines on developing countries have been caught on camera admitting that vaccines reduce population growth.

And to top it all off … have some nuclear radiation! (it’s good for you!)

Finally, mainstream journalists like Garvin also push the nuclear agenda, believing in absurdities such as that the total death toll from the Chernobyl nuclear accident is no more than 100. This comes from the UN’s scientific committee, which again, is a biased agency funded by the US and other pro-nuclear countries. Experts Professor Chris Busby and others have explained the conspiracy behind this (led by the nuclear industry to protect its profits), and that the actual number of affected, radiated individuals who later got sick or died due to Chernobyl could be more like 985,000. That’s a magnitude of 5 times greater!

Nuclear radiation is possibly the most damaging thing to human health in the world. It is ionizing radiation; that is, it ionizes cells in your body, leading to premature aging, sickness and death. If you are interested in good health, it is imperative to avoid this kind of radiation at all costs, and strengthen your body to it can defend against it. Supplements and superfoods such Nascent Iodine, Liquid Zeolite, Sacred Clay, Biofilam and Ormus Supergreens can help you do that.

The real problem at the crux of the matter is that mainstream journalists don’t know the difference between real science and fraudulent, corporate-driven science. They don’t understand there is a global conspiracy to dominate the planet. They don’t see how easy it is for powerful corporations to buy the “scientific” results they want in order to drive their agenda forward. I wonder if Garvin even knows that the FDA doesn’t do its own research on new drugs to be approved – it asks Big Pharma drug companies to submit it! He who pays the piper calls the tune … does anyone truly think the drug cartel is not going to alter the results of scientific studies on chemicals it wants to market as drugs for millions of dollars?

Garvin is right to single out “science deniers” – he’s just got it backwards. The real science deniers are those who deny the clear and obvious dangers of genetically-modified food, or toxic vaccines, or nuclear radiation.

I have one clear message in all of this: mainstream journalists – get your head out of the sand and do some real research. Stop spouting propaganda. You have a platform and people listen to you. Why don’t you use it to better the world instead of mindlessly repeating falsehoods?