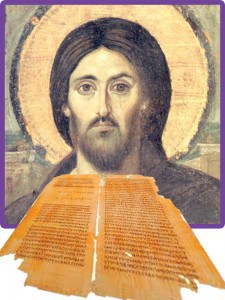 Jesus and Christianity are two mutually exclusive entities. Jesus was not a Christian. His words have been edited, censored, misinterpreted and deliberately manipulated to suit the agenda of the political Catholic Church that came after him.

Jesus was not a Christian (and the Buddha was not a Buddhist either)! Most modern forms of Christianity – especially the rotten-to-the-core Catholic Church – have departed so far from the original spirit of Jesus’s life and teachings that they can hardly claim to represent the man and his way. As far as we can ascertain from the Bible (which as biblical scholar Bart Ehrman reveals is a heavily censored and edited document with thousands of discrepancies among manuscripts), Jesus knew full well that people would come after him and miss the point. Not only that, he knew some would come after him and try to capitalize on his life by using him to further their own agenda. According to the Bible, Jesus is supposed to have said, “Many will come using my name. They will say ‘I am the Messiah’ and they will deceive many people.”

Jesus and Christianity are NOT the Same Thing

It’s important to remember that Jesus and Christianity are not synonymous. Jesus was a man. Christianity is an institution. Jesus stood for equality (as seen by his willingness to mingle with prostitutes and tax collectors and treat them as kindly as anyone else). Christianity as represented by the Catholic Church is a hierarchical organization with rigid structure and levels. The Society of Jesus or the Jesuits, which are officially a subset of the Vatican (though some theories like the Jesuit Conspiracy propose they actually control the Vatican), are not a strict hierarchy; they are actually a military organization with a Superior General (the “Black Pope” or Jesuit head)!

Jesus was a Revolutionary

Another aspect in which Jesus and Christianity are strikingly different is in their approach to politics and society. Although Jesus is mostly appreciated for his spiritual mastery (and rightly so), his actions as a revolutionary and whistleblower are often overlooked. Like Socrates before him and many others after him, Jesus dared to tell the truth and speak publicly about the corruption and hypocrisy of the rulers of his time. These were the wealthy Jewish priests and scribes known as Pharisees and Sadducees. Jesus did not mince his words when speaking to these rulers, calling them snakes and hypocrites, an act of truthtelling and courage which made him very unpopular with those in power – and ultimately cost him his life on trumped up charges of heresy and blasphemy.

Jesus stood for unconditional love, and reminded us that each are gods and divine beings in our own right. The Catholic Church, on the other hand, teaches us that we are all guilty little sinners from the moment we are born through their dogma of “Original Sin“. Jesus overcame his attachment to material possessions; the Vatican hoards golds in its vaults and makes money off laundering drug and weapon money through its bank, the IOR. Jesus reminded us to look to children to remember the qualities of gentleness and love; the Catholic Church has engaged in (and probably still engages in) countless examples of child trafficking in numerous countries, as well as widespread pedophilia and making money off pornography.

Jesus and Christianity – two mutually exclusive entities. Just make sure you remember which is which!