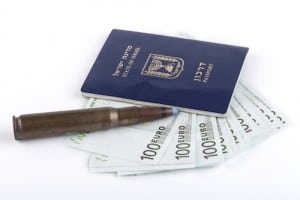 Is there an Israeli Brussels connection behind the recent attack in Belgium? There exists a long history of Zionist false flag ops.

Is there an Israeli Brussels connection

behind the recent Brussels attack of March 22nd 2016? Whenever an event like this occurs, we not only need to ask ourselves whether it was a false flag attack. We also need to investigate who was behind it, and specifically, whether the clues lead back to Rothschild Zionism and Israel. Why? Because Israel has been involved in so many false flag operations over the years. We know for a fact that they attacked the USS Liberty in broad daylight, despite being an ally of the US at the time. There is strong evidence they attacked Japan by installing bombs at Fukushima to cause the nuclear disaster. Their spy agency Mossad operates by stealth and cunning, and has the motto “by way of deception, thou shalt do war”. Recently, especially in the last 2 decades or so, Israel has mastered the art of propagating a new brand of terrorism – Islamic terrorism. This has involved the devious creation of Muslim hit squads, trained, funded and controlled by Israel, who are then made to carry out various attacks so as to make Muslims look crazy and dangerous, to make Islam look bad, to stir up Islamophobia and hate against all Muslims and to make it more socially and politically acceptable for Western nations like the US, UK, France, Germany and Australia to engage in wars against Muslim countries. Look at Israel’s intimate involvement in orchestrating 9/11. Given the long history of Zionist false flag ops, it’s worth closely examining whether there is an Israeli Brussels connection in this affair … and the evidence suggests there is.

Made in Israel: seems like wine and olives on stolen Palestinian land are not the only things made in Israel

Israeli Brussels Connection: The Motive – Israel’s Public Anger with Belgium over “Made in Israel” Labeling

In June 2015, several political parties in Belgium proposed that the Belgian Government, in line with the BDS (Boycott, Divest, Sanction) movement against Israel, officially isolate and boycott companies that support Israeli settlements in the illegally occupied Palestinian territories. They had also suggested their Government make a resolution to officially recognize the State of Palestine (which was made in November 2014). Later in November 2015, the EU announced that certain goods produced on land seized by Israel in the 1967 war must be labeled “made in settlements” not “made in Israel” since the latter term is technically and legally false. After that, Israel became angry with Belgium and the EU, bringing up all sorts of wild claims and insults. Here is a sampling:

“Each time Europe marks Jews is a sign that anti-Semitism, insanity and hypocrisy have taken over and will lead to disaster for the entire free world.” – Avigdor Lieberman, ultranationalist former foreign minister, on his Facebook page as quoted by NY Times

“In the past Jews were marked with a yellow patch, and today they are looking to mark our products. Europe, rather than atoning for what it did 70 years ago, is repeating the same ideas.” – Ms. Ben-Sadon, Tura Winery in the West Bank settlement, on Israel Radio as quoted by NY Times

“Many in Europe have preferred to occupy themselves with the folly of condemning Israel, labelling products, and boycotts. In this time, underneath the nose of the continent’s citizens, thousands of extremist Islamic terror cells have grown.” 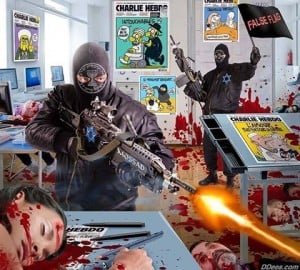 The Charlie Hebdo false flag attack in Paris 2015, with Israeli Mossad fingerprints all over it, as depicted by David Dees.

Coincidentally or not, the same thing happened before French false flag attacks of 2015. In both cases Israel publicly expressed anger over the decisions and policies of the French Government, e.g. the French National Assembly’s vote to recognize Palestine as a state in December 2014. It appears that if a nation expresses significant opposition to the rogue state of Rothschild Israel, they are running the risk of “conveniently” experiencing a terrorist attack. Is this to let all countries know who really runs the world?

Another interesting Israeli Brussels connection is the fact that it was Israeli security who were in charge at the Belgian Zaventem airport. As this excellent article Former Israeli Intel Operatives Run Security at Brussels Airport (on Signs Of The Times) states:

“The aviation and general security services firm ICTS handles security operations at Brussels airport, the scene of a bomb attack yesterday morning. ICTS was established in 1982 by former members of Shin Bet, Israel’s internal security agency and El Al airline security agents, and has a major presence around the world in airport security … Chairman of the Supervisory Board at ICTS is Menachem J. Atzmon … a former Likud party member who was indicted and convicted in 1996 in a fraud and embezzlement case relating to the misappropriation of funds raised by charities. Atzmon is also the CEO of the port authority of Rostock in Germany.”

“This will not, however, be the first time that ICTS has come under scrutiny for possible security lapses leading to a ‘Muslim terror attack’. As the provider of security services to Amsterdam’s Schiphol airport and United Airlines and US Airways, the firm’s security system was criticized for somehow allowing erstwhile ‘underwear bomber’, Umar Farouk Abdulmutallab, to “slip through” and board Northwest Airlines Flight 253 to Detroit with explosive materials on Christmas day 2009.”

In December 2001, ICTS also let “shoe bomber” Richard Reid through onto his Miami-bound flight in Paris after they had cleared him through security at Amsterdam airport. And let’s not forget their involvement in the false flags of 9/11 and 7/7, as well as their connection with mind control center The Tavistock Institute:

“ICTS also somehow missed several of the alleged 9/11 hijackers who allegedly flew out of Boston’s Logan airport on September 11th 2001. ICTS also handled security for London’s bus network during the July 7, 2005, ‘suicide’ bomb attacks. In fact, two of its subsidiaries, ICTS UK and ICTS Europe Systems, are based at Tavistock House, Tavistock Square in London, scene of the London Stagecoach bus bombing that day.”

Zionist Israel: Thriving off Its Propagation of Islamic Terrorism

Although there is yet no definitive proof, these clues suggest an Israeli Brussels connection. By fiercely criticizing anyone who doesn’t go along with their Zionist agenda of grabbing land from Palestine, and by controlling intelligence and security all over the world (including at the Belgian Zaventem airport), Israel had the motive and means to carry off what appears to be a Brussels false flag attack. Like a magician pointing elsewhere to distract the audience during a trick, Israel is a master of deception. How much longer are we going to keep blaming radical Islam when that is only part of the problem and not the ultimate cause and real reason for these false flag operations?