Israel vs Palestine: There’s No Way to Take a Balanced Look at Genocide

Israel vs Palestine: There’s No Way to Take a Balanced Look at Genocide 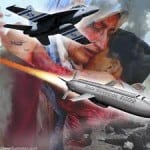 Israel vs Palestine: the fight is so uneven. Israel is a clear aggressor.

Israel vs Palestine. A violent struggle between two roughly equal enemies, as the propaganda goes.

That’s the framework which the heavily-biased Zionist mainstream media uses to report on the “ethnic cleansing” of the Palestinians that is being carried by the Israeli army. However, it’s all a giant cover story for the shocking truth that Rothschild-owned Israel has been systemically carrying out coercion, theft, displacement and murder of innocents against the Palestinians for over 65 years, ever since the ill-founded idea of a Jewish Homeland of Zion was endorsed by the UN in 1947. What’s more, this murder is happening on such a massive scale that it can accurately be called genocide. Currently, there are around 5 million displaced Palestinians refugees.

Israel likes to claim they are defending themselves and they have the “right to defend” and the “right of return”. They even call their army the IDF, the Israeli Defense Force. It’s similar to how Britain has a “Ministry of Defence” and the US has a “Department of Defense“. It’s an enormous fraud and twisting of language in true Orwellian style. The psychopaths that run the governments in these countries (and many others) are so belligerent and power-hungry that they are itching to fight and ready to take any opportunity and use it as an excuse to pursue conquest. Israel is not under attack. No Arab country can challenge them militarily. The Arab Palestinians are disorganized, poorly-funded and in great poverty. They pose absolutely no threat to the might of Israel. What we need is for people in power to truly understand the difference between defense and attack.

Miko Peled is an Israeli Jew who saw through the deceptive Zionist propaganda and is now bravely speaking out against the injustice perpetrated by the Zionist Israeli state. Both he and his father served in the Israeli army and saw firsthand the brutal way Palestinians were kicked out of their homes, beaten, tortured and murdered. There’s no way to compare the two communities. Israel is a well-oiled machine backed by Rothschild money and top notch US weaponry. Palestine is scattered and poor. Israel vs Palestine is David vs Goliath all over again – except this time Israel is the giant Goliath and Palestine is the tiny David. It’s ethnic cleansing happening right under our noses. There’s no way to take a balanced look at genocide.