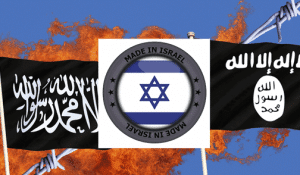 Many have suspected Israel controls ISIS. The computer of Netanyahu Chief of Staff Mandi al-Safadi was allegedly hacked, showing communication with ISIS members.

Many have long suspected the connection, given that ISIS serves the Zionist agenda so well, but now we may have more proof. According to Veterans Today, hackers were recently able to get access to several months of personal computer data and mobile phone calls of Israeli Chief of Staff under Netanyahu, Manzar (Mandi) al-Safadi. The hack allegedly revealed that al-Safadi had been communicating and cutting deals with many Lebanese personalities and Syrian opposition figures who cooperated with Israel in the Syrian crisis. The hackers allegedly found information which helped them to gain “valuable intelligence on Israel’s supports for terrorist groups in Syria and Iraq.” (Note: I have been unable to personally verify the claims of hacking by reading the documents, since Google translator says the page is too large to translate).

The ISIS Game is Up

For those paying attention, we have been inundated with clues that the whole ISIS phenomenon is a massive fraud. In a Freudian slip Obama recently stated that “with the additional steps I ordered last month, we’re speeding up the training of ISIL forces”. ISIL is another of ISIS’ many names. Earlier in the year, there were reports that Israel was attending to wounded ISIS soldiers in Israeli hospitals. The spin put on that by the Zionist-owned press was that Israel was so generous and magnanimous that it even cares for its enemies, a ridiculous lie designed to cover the fact that Israel controls ISIS. Even the alleged head of ISIS, Al-Baghdadi (accused of being a Mossad double agent), died in an Israeli hospital!

What about this piece of information that ISIS is another name for the Mossad, i.e. that it stands for Israeli Secret Intelligence Service? What about reports coming from Iraq that Israel controls ISIS, gives them weapons and fights alongside them as revealed by Luke Rudkowski in Israel Joining ISIS?

The ISIS game is up. The official narrative is simply far too much to believe. As Bernie Suarez humorously writes:

“According to U.S. “intelligence sources” mouthpieces, ISIS has [professional camera and image editing software and skills] including social media capabilities. Amazingly, these covered-face killers have unraveled the secret of how to outsmart every world power including the U.S. Empire with regard to every form of communication. They have stomped out the U.S. military, NSA, CIA, NATO, U.N. and the intelligence of Israel, U.K. and every other nation that surrounds them …”

“ISIS is so close to Israel, they may attack Israel any given day … The big Israel attack would gain them all the PR and Marketing they need … The irony gets even crazier here. According to U.S. politicians pushing the ISIS psyop narrative, ISIS is not only unwilling to attack Israel, which they could do in a day or two, they instead prefer to make plans to travel all the way to the other side of the world to attack the world’s most powerful Empire of all time. Yes, they would rather risk getting caught, imprisoned or killed traveling halfway around the world than to go for an easy quick strike at Israel.”

How ISIS Helps the Zionist Regime of Israel

It’s very clear that ISIS serves the Zionist agenda well. That alone has been the giveaway to know that Israel controls ISIS. Just look what ISIS does. ISIS terrorists run around the Middle Eastern Islamic countries, beheading, killing, raping and pillaging, stealing land and resources, overthrowing and dividing sovereign nations and – most of all – setting Muslim against Muslim. And as ISIS runs around the desert like a headless chicken, the Western public gets thoroughly conditioned to believe in the threat of Islamic terrorism, with the added assistance of Israeli front groups like SITE (Search for International Terrorist Entities) who produce clean-cut, green-screen and entirely fake beheadings.

Meanwhile, miraculously, ISIS never seems to threaten Israel. You would think that Israel would be a logical target of hatred for a group of extreme Muslims out to form their own State or Caliphate. Yet Israel never gets attacked or touched. ISIS does, however, foment tremendous and horrific infighting among Muslims and weaken many Islamic nations, so that they are too disconnected to unite together to stand up to real threat in the region – Zionist Israel, financially owned by the Rothschilds and militarily backed by the US.

Israel, the Missing Piece of the Puzzle in the Middle Eastern Crisis 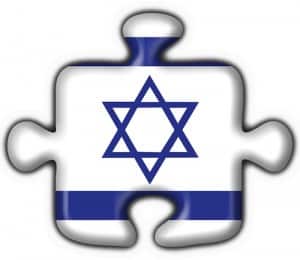 Israel is the missing piece of the puzzle. Israel controls ISIS and many other aspects of geopolitics, being the personal country of the Rothschilds, the richest family on Earth.

Just as a reminder, Israel:

– Has continuously expanded its territory by stealing land, eradicating villages and committing genocide against a sovereign people (the Palestinians);

– Has infiltrated the governments of almost all the major countries of the world, e.g. USA, Britain, France, Germany, Australia and Canada (as well as the United Nations) to the point where it dictates their foreign (and sometimes even domestic) policy;

– Attacked the USS Liberty in 1967 (even though the US and Israel were supposed allies at the time) with unmarked aircraft;

– Was intimately involved in the planning and execution of the 9/11 false flag operation;

– Has consistently lied and exaggerated the threat of the Iranian nuclear intentions, while harboring a nuclear arsenal of its own, and refusing to sign the nuclear non-proliferation treaty;

– Is behind the invention and creation of radical Islam, Islamic terrorism, Islamophobia and the demonization of Islam.

Given all that and much more, how much of a surprise is it that Israel controls ISIS too?

The ISIS Psy-op Has Come Unravelled

Much like the single Islamic terrorist bogeyman Osama Bin Laden, and the Islamic terrorist group bogeyman Al-Qaeda, ISIS is another psy-op (psychological operation) designed to prop up the failing and fake war on terror. We know that the Bushes were close buddies with the Bin Ladens; we know that Al-Qaeda was a CIA creation and literally means “the database” in Arabic. Remember what Former British Foreign Secretary Robin Cook said:

“The truth is, there is no Islamic army or terrorist group called Al Qaida. And any informed intelligence officer knows this. But there is a propaganda campaign to make the public believe in the presence of an identified entity representing the ‘devil’ only in order to drive the TV watcher to accept a unified international leadership for a war against terrorism. The country behind this propaganda is the US . . .”

ISIS is the latest installment of deceptive propaganda, but it’s not working. Many have seen right through it. We know, with proof, that Israel controls ISIS. How long until a critical mass realizes it and looks instead at the real puppet-master Israel?

10 Signs That ISIS is a Scripted Psyop

Previous Article
Is This the 2nd Biggest Conspiracy of All?
Next Article
Mandatory Vaccinations Afoot: Medical Fascism Approaching Fast