IRS Harassment Scandal Begs the Question: Is the IRS an Agency of the US Government?

IRS Harassment Scandal Begs the Question: Is the IRS an Agency of the US Government? 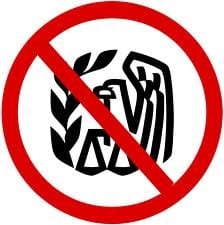 The recent IRS harassment scandal begs the question: is the IRS actually a lawful and legitimate agency of the US Government? The answer, quite simply, is no.

where the IRS was found to have been targeting patriot and conservative groups who applied for non-profit status, has revealed the true extent of US Government criminality. Obama is playing dumb by denying he knows anything, and he has just been joined by IRS official Lois Lerner (head of the tax exempt division of the IRS), who also said nothing and claimed the Fifth Amendment. Given the Government’s history of deception and the fact that a Democrat is President, it is highly suspicious that only right-wing groups were being targeted, and therefore very unlikely that Obama knew nothing. In all probability Obama (like many presidents before him) was using the IRS harassment to intimidate political opponents.

The IRS is kind of like a political bulldog. It’s used to silence people who speak the Truth too loudly and threaten to collapse the Matrix. However, beyond the left-right paradigm, it’s important to look behind the proverbial curtain (just as in the wizard of Oz) and go a bit deeper. This whole IRS harassment scandal begs the question: is the IRS a legitimate US agency anyway? Shockingly for some, but predictably for others, the answer is a resounding “no”.

IRS harassment is even more criminal, given the fact that the IRS is NOT a US Government agency

We have covered the fact before that the IRS is not an agency of the US Government, but rather is a private Puerto Rican trust. It is literally a corporate trust domiciled in Puerto Rico, deliberately outside the 50 States and their legal jurisdiction, which allows it to operate above the law, with immunity and impunity! Here are the facts according to attorney Paul Mitchell, whose research can be found in his article “31 Questions and Answers about the Internal Revenue Service“:

– the IRS is not an organization within the United States Department of the Treasury;

– the IRS appears to be a collection agency working for foreign banks and operating out of Puerto Rico under color of the Federal Alcohol Administration (“FAA”); and

– there is no known Act of Congress, nor any Executive Order, giving IRS lawful jurisdiction to operate within any of the 50 States of the Union.

Additionally (though I am yet to verify this personally), there is a claim that in the case of “Diversified Metal Products v. IRS et al.” (CV-93-405E-EJE U.S.D.C.D.I.), the US Attorney General admitted on public record that the IRS is not an agency of the Federal Government.

Also, thanks to the diligent and meticulous research of Bill Benson, we know that the 16th amendment was fraudulently ratified and that it is unlawful to apply a direct tax (such as the US Federal Income tax) to the people without apportionment among the States (direct taxes have to be apportioned among the States, according to the US Constitution, Article 1, Section 2).

All this goes to show that IRS harassment, though widespread, is one giant bluff. There is no lawful basis for the organization to tax Americans.