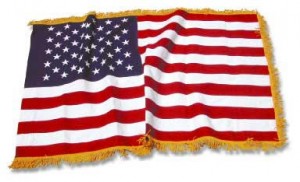 Most Americans are suffering from Independence Day amnesia. The day has stealthily been renamed the “4th of July” to remove the concept of independence from our focus.

every year in July in America. Yes, Independence Day is here again in the United States, but you wouldn’t know it. Everyone is walking around saying “4th of July”! What are your plans for the 4th of July? What are you doing on the 4th? Are you going to watch the fireworks on the 4th? Pardon my language, but what’s the friggin’ deal with all that? Why is no one calling the day by its proper name, “Independence Day”? Am I the only one here not suffering from Independence Day amnesia?

You may think I am just splitting hairs over a trivial matter, but nothing could be further from the truth. What we think and say matters. What is in our consciousness affects what we experience and create. It’s part of our higher powers of manifestation. Think about it: if you go around all day thinking and complaining about how hot it is, you’re going to feel more hot, right? You’d probably sweat more too. What we focus on we create.

So why are we unquestioningly going around and repeating that what we are celebrating is the 4th of July? We are celebrating independence! We are celebrating the fact that a small minority of people in 1776 stood up to tyranny and the demands of the English central bankers (i.e. the Rothschilds) and refused to let them dominate society. They cared so much about retaining their freedom they put their lives on the line – “give me freedom or give me death”, as Patrick Henry said. Yet today, we’ve slipped so far from the spirit of 1776 that we don’t even put a name on what we are supposedly celebrating. It’s just beer, barbecues, fireworks and amnesia.

The whole Independence Day amnesia phenomenon is indicative of something much deeper. It’s a reflection of the fact that we have, as a society, totally lost touch with our values. We’ve lost touch with the spirit of dedication to freedom, independence, self-determination, autonomy and sovereignty. We now live in a society where it’s OK for the NSA to snoop on every aspect of our lives, where it’s acceptable for the US President to use drones to kill Americans (or anyone he wants) and where it’s fine for Americans to be imprisoned indefinitely without due process (thanks to the NDAA). All of this is blatantly unconstitutional, but that doesn’t seem to matter anymore, because the average American hasn’t read the Constitution and doesn’t know much about it.

We are in a “soft tyranny” that has crept up on us while we were sleeping, and the truth is, we are now anything but independent.

For shocking proof of our increased dependence (not independence), look how many people on now on governmental welfare: enrollment in SNAP has surged 70% since 2008, reaching a record 47.8 million Americans in December 2012. This means that around 15% of America receives food stamps, nearly double the rate as in 1975, when the U.S. suffered from soaring inflation, a recession and an oil crisis.

Independence Day amnesia is straight out of Orwell’s 1984

If you ever wanted to read a guide to the global conspiracy, look no further than George Orwell’s 1984. One aspect of that book reveals how the authorities controlled the masses by constantly rewriting history, and feeding the proles (the uninformed masses) the language that the elite wanted them to use.

The Independence Day amnesia phenomenon really is quite Orwellian, because somewhere along the line a decision was made to “rebrand” the day as 4th of July, and thus to further sever our connection with the spirit of independence.

We don’t go around discussing our plans for the “25th of December”. It’s Christmas. Nor do we discuss what we’ll do on the “11th of November”. That’s Veteran’s Day. See, our rulers have determined it’s okay for us to talk about Christmas or veterans (especially the latter since it can be manipulated to focus on war and the glorification of killing), but it’s forbidden to talk about independence. If we all started talking and thinking more about independence, we might actually realize how tyrannical Government has become and do something about it!

Give the middle finger to the “4th of July” phraseology and start calling it for it truly is: INDEPENDENCE DAY!

There is a simple remedy to all of this: stop calling it 4th of July! Tell all of your friends and family! Take back the name, concept and spirit of Independence Day this year.

Previous Article
Vaccine Fraud: Total Balance of Evidence Indicates Vaccines Neither Safe Nor Effective
Next Article
Timeline to WW3: Will Ukraine Develop into a World War?