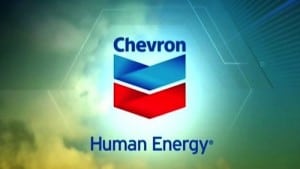 Chevron’s motto “Human Energy” is a clue to the ultimate purpose of the NWO conspirators: to trawl the human farm for energy, using people like cattle.

In many ways, living on Planet Earth is like living on a human farm.

We are being trawled for our “human energy”. I was starkly reminded of this the other day when I saw someone walking around with a Chevron t-shirt which sported their logo and new motto: human energy. How ironic. For most people, the motto probably seems harmless enough, or maybe even benevolent, showing a kindhearted corporation caring about its employees and the world, or recognizing the importance of the people running its operations. Yet if you understand the occult foundation of corporate logos, you’ll know that Chevron’s logo is really a pyramid (2 levels of the corner edges). The pyramid is favorite image of the New World Order, because it represents a tiny hierarchy at the top being held up by a large majority at the bottom, and symbolizes the compartmentalization of knowledge the further you go up. Just like its logo, Chevron’s motto has nothing at all to do with caring for people, and everything to do with controlling people and harvesting energy from the human farm, looking at people as nothing more than batteries that create energy (ever wonder why corporations call it “human resources”?). 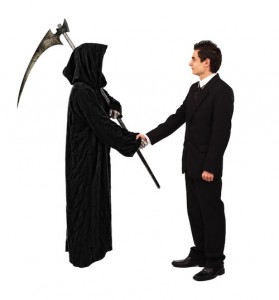 Corporations (like Chevron, spin off from Rockefeller-owned Standard Oil) have cut a deal with the real devil or harvester. Corporate heads are middle managers in the equation. They are conduits to set up human farms, and funnel human energy upwards.

The Ultimate Point of the Conspiracy: Harvesting Energy from the Human Farm

When looking at the headlines and news each day, it’s useful to take a step back sometimes and ask yourself: why? What’s the point of all this control? The NWO conspirators have all the money, wealth and prestige they could want. Some of them are the international banksters that own the money printing press and could literally print what they wanted. Some of them would never have enough time to spend all their money.

At a certain point the game is not about money; it’s about power and it’s about energy – or more specifically, human energy. It’s about setting up a system where people at the top sit around all day, managing the human farm, while their economic or literal slaves do all the work to benefit the controllers. Check out Stefan Molyneux’s great ebook The Handbook of Human Ownership for the precise history and techniques behind it all. NWO-owned corporations are the middle managers in this equation: they are the physical conduits through which the human energy is funneled upwards. These NWO conspirators are not the ultimate controllers, because they themselves are being demonically possessed – and the force which is doing the possessing is a group of non-human entities which many have referred to as the Archons. 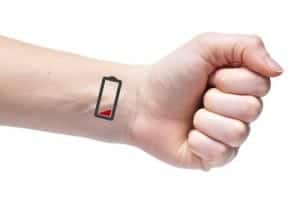 Are you on the human-farm, generating energy or loosh for some predator?

Loosh is defined by the urban dictionary as “an energy generated by all organic life in varying degrees of purity, the clearest and most potent coming from humans – engendered by human activity”. Shocking as it may seem, humans are not at the top of the food chain. Listen to what Bronte Baxter had to say about the human farm and loosh in her article Tracking the Crack in the Universe (Loosh 101):

“Reportedly the light being told Monroe that when humans die, their energy is released and harvested by trans-dimensional beings, who use it to extend their own life spans. The claim is that the universe is a garden created by these beings as their food source.”

“According to Monroe’s story, animals are intentionally positioned on this planet to feed on plants and on each other, thereby releasing the life force of their victims so it can be harvested. In a predator-prey struggle, exceptional energy is produced in the combatants. The spilling of blood in a fight-to-the-death conflict releases this intense energy, which the light beings call “loosh.”

“According to Monroe’s informant, our creators, the cosmic “energy farmers,” intentionally equipped animals with devices like fangs, claws and super-speed in order to prolong predator-prey combat and thereby produce more loosh. In other words, the greater the suffering, the more life force is spewed from our bodies, and the tastier the energy meal for our creators.”

There you have it. Monroe, Castaneda and many many other sources all talk about the same basic concept of a garden or human farm where energy is trawled. 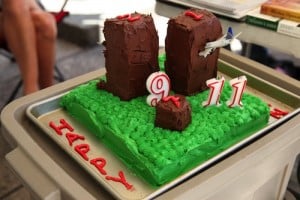 9/11 produced food or loosh for the Archons in a massive way, by scaring the captives on the human farm

As we approach the 9/11 14th anniversary, it is worth remembering that ultimate point of that horrendous false flag operation: to ritually sacrifice people, scare the wits out of anyone else and generate a large amount of loosh. It’s no coincidence that the operation was carried out on 9/11 when 911 is the emergency number dialed in the US. Think how many times our so-called leaders have said that “the world changed forever on 9/11”. Like the hackneyed term national security, 9/11 has become the excuse for the NWO conspirators to do anything they want, whether it’s expanding Government (creation of the DHS), passing draconian legislation (The Patriot Act), attacking innocent, sovereign and foreign nations (Iraq, Afghanistan, etc.), squelching key aspects of the Bill of Rights and concocting an entirely new faceless, enemy-less and endless war – the Fake War on Terror. What a tremendous amount of loosh for the Archons! 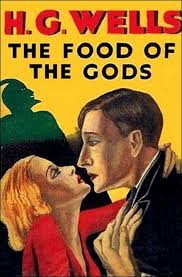 We are all “food of the gods” on the human farm until we reclaim our awareness and break free.

Solution: Make a Strong Determination Not to Be Food on a Human Farm

Like it or not, we live in a predatory universe. Not all of Nature is predatory, but it’s certainly an aspect which is present in a large degree. In our arrogance we may think we are at the top of the food chain, but maybe we’re not. There is copious evidence from ancient accounts and current ET contacts/abductees that we are not alone in the Universe, and that there are hostile advanced races who are happy to feed on human energy. Getting out of the human farm starts with waking up to the truth that the human farm exists. Fortunately, the signs are that a lot of people are doing that. Hopefully it will be fast enough before the NWO becomes too entrenched …

Blowing the Whistle, Chpt. 5: Tracking the Crack in the Universe (Loosh 101)