How to Detox Fluoride: Nascent Iodine

How to Detox Fluoride: Nascent Iodine 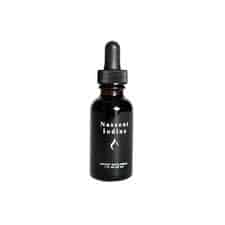 Want to know how to detox fluoride, safely, effectively and naturally? Nascent Iodine, safe for long term use, is the best way to get the fluoride out – for good.

How to detox fluoride from your body

is becoming an increasingly sought-after area of knowledge. People are waking up to the truth, and they want to learn how to detox fluoride, and get it out of their bodies, fast! Widespread fluoridation of municipal water is nothing more than forced mass medication. And that’s putting it kindly, for that assumes that fluoride is a kind of medicine, which it isn’t. We have been living under the fluoride deception for decades. The truth is that the fluoride added to our water is a toxic chemical used as an insecticide (e.g. rat poison). Its true name is not fluoride but rather hydrofluorosilicic acid. As it turns out, it’s a chemical derived from phosphate mining operations as well as nuclear fuels processing, and it causes untold damage to our nervous system and brain. As Dr. Paul Connett points out, even in small doses, the evidence indicates fluoride leads to lowered intelligence and thyroid dysfunction.

Fluoride is a “Psuedo-Iodide” which Tricks the Body

The problem with fluoride is that it is displaces other elements in your body. Being a member of the halogen family of elements (just like chlorine and iodine), fluoride enters and lodges itself in your halogen receptors, including your iodine receptors. Your body is not able to differentiate between iodine/iodide and the fluoride, as well as other destructive “pseudo-iodides” such as bromide, cyanate, nitrate and perchlorate (airplane fuel). This is a big issue; perchlorate alone causes iodine deficiency by binding to the receptors and can cause disruption of the menstrual cycle, goiterism, hypothyroidism, weakening of the immune system and thyroid cancer.

How to Detox Fluoride Safely and Naturally: Nascent Iodine

The solution of how to detox fluoride safely and naturally is Nascent Iodine. Experts such as Dr. David Brownstein (who has authored the book “Iodine – Why You Need It, Why You Can’t Live Without It”) has noted that when iodine is supplemented after only one dose, the excretion of fluoride from urine increases by 78%. Iodine carries out a multitude of functions within the human body. It is a necessary mineral for optimal functioning of the immune system, it supports the health of hormone-sensitive tissues (such as the breasts, ovaries and prostate), helps to maintain an alkaline body pH, increases our ability to fight infections, helps with food allergies, neutralizes free radicals and removes toxins such as heavy metals from the body. It is also known to be spiritually elevating.

Boosting your iodine levels is important, but you need to find the best kind of iodine to do it. Ingesting the kind of iodine used in first-aid kits on a long-term basis may make you ill, as will long-term use of Potassium Iodide. Nascent Iodine is one of the few substances around that will effectively detox fluoride and is safe for long-term use. It is essentially highly charged form of iodine with extra health benefits. Nascent iodine is formed when the iodine molecule is broken down to produce charged iodine atoms. These atoms are paramagnetic, meaning they can hold an electromagnetic charge. When you consume Nascent Iodine, you receive a huge energy release from the charged atoms. Because it is in an atomic state, nascent iodine is effortlessly absorbed and is completely safe to take on a daily basis.

If you want to know how to detox fluoride, it’s the best thing I’ve ever come across to do the job. Other products that detoxify (e.g. zeolite) are excellent for heavy metals and radiation, but they don’t seem to be capable of getting rid of fluoride like Nascent Iodine.

If you know anything about the importance of the pineal gland, and you are interested in activating it, Nascent Iodine can form a key part of your protocol. Your pineal gland is your bridge to higher consciousness, and the place from which you manifest reality. Fluoride accumulates there, and can calcify the pineal gland, causing parts of it to atrophy and shut down. This is part of a larger conspiracy to keep humanity locked into a lower state of consciousness; however, by taking Nascent Iodine on a daily basis, you can do your part to ensure you don’t get pulled down by the mass fluoridation of our water supply.

Want to keep informed on the latest analysis on Natural Health, Sovereignty and more? Sign up for free blog updates!