How To Defeat The Empire

How To Defeat The Empire 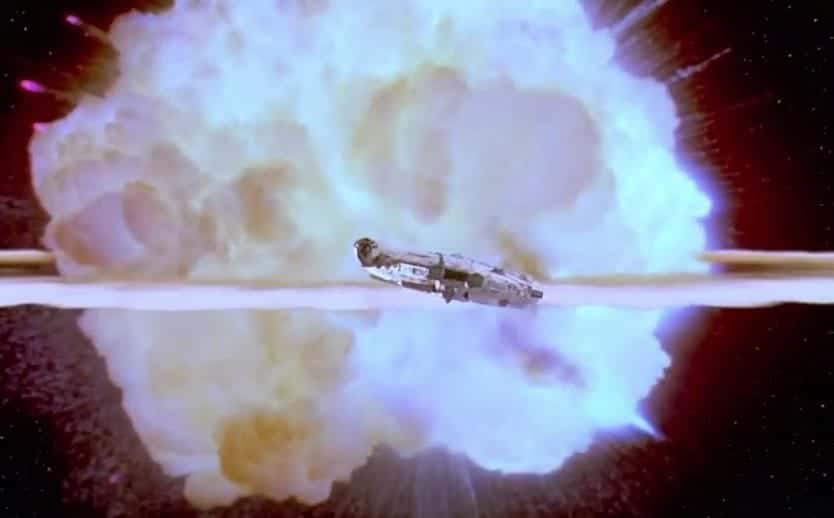 Here is how to defeat the Empire or New World Order: attack the root problem (narrative and propaganda) by way of a decentralized guerrilla psywar.

One of the biggest and most consistent challenges of my young career so far has been finding ways to talk about solutions to our predicament in a way that people will truly hear. I talk about these solutions constantly, and some readers definitely get it, but others will see me going on and on about a grassroots revolution against the establishment narrative control machine and then say “Okay, but what do we do?” or “You talk about problems but never offer any solutions!”

Part of the difficulty is that I don’t talk much about the old attempts at solutions we’ve already tried that people have been conditioned to listen for. I don’t endorse politicians, I don’t advocate starting a new political party, I don’t support violent revolution, I don’t say that capitalism contains the seeds of its own destruction and the proletariat will inevitably rise up against the bourgeoisie, and in general I don’t put much stock in the idea that our political systems are in and of themselves sufficient for addressing our biggest problems in any meaningful way.

What I do advocate, over and over and over again in as many different ways as I can come up with, is a decentralized guerrilla psywar against the institutions which enable the powerful to manipulate the way ordinary people think, act and vote.

I talk about narrative and propaganda all the time because they are the root of all our problems. As long as the plutocrat-controlled media are able to manufacture consent for the status quo upon which those plutocrats built their respective empires, there will never be the possibility of a successful revolution. People will never rebel against a system while they’re being successfully propagandized not to. It will never, ever happen.

Most people who want drastic systematic changes to the way power operates in our society utterly fail to take this into account. Most of them are aware to some extent that establishment propaganda is happening, but they fail to fully appreciate its effects, its power, and the fact that it’s continually getting more and more sophisticated. They continue to talk about the need for a particular political movement, for this or that new government policy, or even for a full-fledged revolution, without ever turning and squarely focusing on the elephant in the room that none of these things will ever happen as long as most people are successfully propagandized into being uninterested in making them happen.

It’s like trying to light a fire without first finding a solution to the problem that you’re standing under pouring rain. Certainly we can all agree that a fire is sorely needed because it’s cold and wet and miserable out here, but we’re never going to get one going while the kindling is getting soaked and we can’t even get a match lit. The first order of business must necessarily be to find a way to protect our fire-starting area from the downpour of establishment propaganda.

A decentralized guerrilla psywar against the propaganda machine is the best solution to the problem of how to defeat the empire.

By psywar I mean a grassroots psychological war against the establishment propaganda machine with the goal of weakening public trust in pro-empire narratives. People only believe sources of information that they trust, and propaganda cannot operate without belief. Right now trust in the mass media is at an all-time low while our ability to network and share information is at an all-time high. Our psywar is fought with the goal of using our unprecedented ability to circulate information to continue to kill public trust in the mass media, not with lies and propaganda, but with truth. If we can expose journalistic malpractice and the glaring plot holes in establishment narratives about things like war, Julian Assange, Russia etc, we will make the mass media look less trustworthy.

By decentralized I mean we should each take responsibility for weakening public trust in the propaganda machine in our own way, rather than depending on centralized groups and organizations. The more centralized an operation is, the easier it is for establishment manipulators to infiltrate and undermine it. This doesn’t mean that organizing is bad, it just means a successful grassroots psywar won’t depend on it. If we’re each watching for opportunities to weaken public trust in the official narrative makers on our own personal time and in our own unique way using videos, blogs, tweets, art, paper literature, conversations and demonstrations, we’ll be far more effective.

By guerrilla I mean constantly attacking different fronts in different ways, never staying with the same line of attack for long enough to allow the propagandists to develop a counter-narrative. If they build up particularly strong armor around one area, put it aside and expose their lies on an entirely different front. The propagandists are lying constantly, so there is never any shortage of soft targets. The only consistency should be in attacking the propaganda machine as visibly as possible. 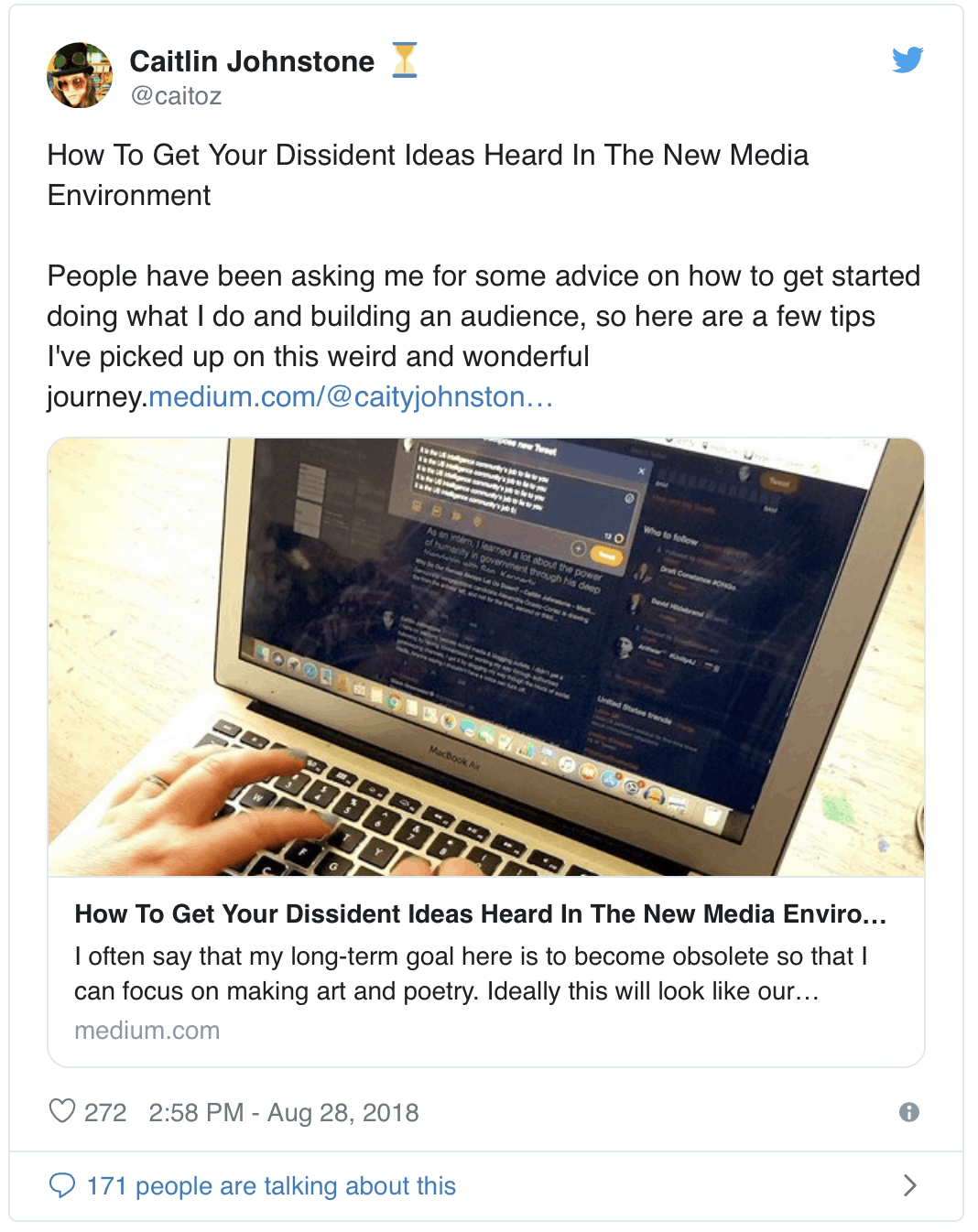 As far as how to go about that attack, my best answer is that I’m leading by example here. I’m only ever doing the thing that I advocate, so if you want to know what I think we should all do, just watch what I do. I’m only ever using my own unique set of skills, knowledge and assets to attack the narrative control engine at whatever points I perceive to be the most vulnerable on a given day.

So do what I do, but keep in mind that each individual must sort out the particulars for themselves. We’ve each got our own strengths and abilities that we bring to the psywar: some of us are funny, some are artistic, some are really good at putting together information and presenting it in a particular format, some are good at finding and boosting other people’s high-quality attacks. Everyone brings something to the table. The important thing is to do whatever will draw the most public interest and attention to what you’re doing. Don’t shy away from speaking loud and shining bright.

It isn’t necessary to come up with your own complete How It Is narrative of exactly what is happening in our world right now; with the current degree of disinformation and government opacity that’s too difficult to do with any degree of completion anyway. All you need to do is wake people up in as many ways as possible to the fact that they’re being manipulated and deceived. Every newly opened pair of eyes makes a difference, and anything you can do to help facilitate that is energy well spent.

Without an effective propaganda machine, the empire cannot rule. Once we’ve crippled public trust in that machine, we’ll exist in a very different world already, and the next step will present itself from there. Until then, the attack on establishment propaganda should be our foremost priority in order to defeat the empire.