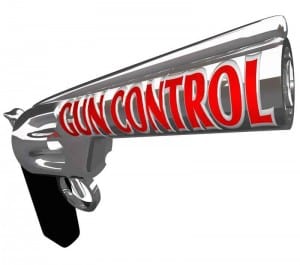 Gun control brainwashing required? Attorney General and hypocrite Holder thinks so, yet he oversaw Operation Fast and Furious which handed over guns to Mexican drug lords.

in the last few years, especially after the false flag events of Aurora, Sandy Hook and Boston. Whatever other ulterior motives these events may have contained (mind control and psychotropic drugging are among them), they are all connected by the same thread: gun control. The elite Controllers of the New World Order are always trying to centralize power, and one major obstacle to this is a legal system that enshrines the right to bear arms to every individual, as is stated in the 2nd Amendment to the US Constitution. Americans love their guns and love their right to carry them, and they will not easily give it up. Therefore, as elite mouthpiece Eric Holder (now US Attorney General) puts it, there will need to be gun control brainwashing.

In the video clip above from 1995, Eric Holder actually says that “we have to really brainwash people into thinking about guns in a different way.” On the surface, he makes some fair points; America does have a problem with violence, guns are glorified by Hollywood and US culture is saturated with war and weaponry. However, Holder is either unaware of or neglects to reveal the whole story. The truth is that the NWO Controllers have manipulated society to become more violent, and that Government is the biggest perpetrator of violence in the world and human history. Democide – where people are murdered by their own government – was the leading cause of death in the 2oth century, be it from the Chinese, Russian, British, US or other Governments.

If Holder or anyone else really wanted to meaningfully reduce gun violence or violence in general, the logical place to be would be to disarm Government – after all, it’s the biggest killer of people around the world!

Changing the culture for violent to peaceful may be fine if we all did it … but what happens if one group (i.e. the Government) gets more violent and gets all the weapons, whilst the people get more peaceful and get disarmed? The imbalance of power leads to tyranny.

Besides, what about the utter hypocrisy of Holder, who is happy to advocate disarming the people through gun control brainwashing, yet oversaw Operation Fast and Furious, which was essentially an undercover project to arm Mexican drug lords!