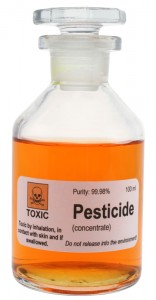 Glyphosate-caused diseases are more than just on the rise

– they are skyrocketing – thanks to Monsanto’s toxic herbicide Roundup. Glyphosate is the main ingredient of Roundup, and alarmingly high levels are been found not only in the US but also all over the world. Shockingly enough, glyphosate has managed to get into just about everything; according to top genetic-engineering researcher Jeffrey Smith (who produced the very informative and brilliant film, Genetic Roulette), glyphosate has been found in rain water, tap water, the blood of pregnant women and in unborn fetuses. It was even discovered in the urine of city dwellers in Germany! With the current path we are on, farmers will keep spraying more and more (to try in vain to combat the resistance insects are developing against it), glyphosate levels will continue to rise and glyphosate-caused diseases will become even more prevalent.

New research (this study on glyphosate published in the journal Entropy) is showing that glyphosate is the culprit when it comes to many diseases, including gastrointestinal disorders, obesity, diabetes, heart disease, depression, autism, infertility, vitamin D deficiency, cancer and Alzheimer’s disease. Glyphosate-cause diseases arise basically because glyphosate disrupts certain metabolic pathways in the human bodies, and as well as inhibiting certain enzymes. The study focused on how glyphosate inhibits cytochrome P450 (CYP) enzymes, which play crucial roles in detoxifying the body. Without them, chemical residues and other environmental toxins accumulate more rapidly, thus leading to disease.

I have written elsewhere about the importance of micronutrients for optimal health. So guess what? Glyphosate depletes micronutrients! It depletes calcium, zinc, magnesium, sulfur and cobalt, just to name a few. According to Dr. Seneff in the video above, sulfur-deficiency has been implicated in autism. No wonder there are so many glyphosate-caused diseases; the more we learn about this toxic molecule, the more we see just how dangerous it is and just how disgraceful that Monsanto is knowingly thrusting its poison onto the environment.

Monsanto controls the US Government

Monsanto controls the US Government and its subsidiary agencies the FDA and USDA – to such an extent that former Monsanto employees occupy high positions there. It’s no secret. Monsanto cajoles these agencies into increasing the “safe and allowable” limits of pesticide spraying, regardless of the evidence of harm it’s doing to the environment. So, no mater how harmful glyphosate is being proved to be, nothing much will change until Monsanto moles are ejected from positions of power.

Remember, Monsanto is historically a chemical company. It got into the dirty business of GMOs to sell more chemical pesticides, because GM crops have to be sprayed. If you eat GMOs, you’re eating Roundup and other pesticides and herbicides, and you’re eating glyphosate. Learn how to avoid GMOs and escape this massive threat to the natural health of humanity. 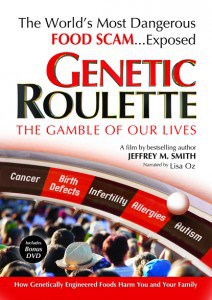