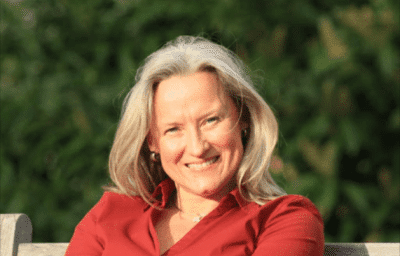 German Lawyer Beate Bahner was sent to a psych ward for organizing a protest against COVID-19 lockdown. Resistance to mass house arrest is mental illness.

Tyranny is here. A German lawyer was committed for organizing a protest against COVID-19 lockdown.

In the Soviet Union, activists were sent to state psychiatric wards. According to the state, any and all opposition to government policy was considered a form of mental illness.

Stephanie Buck writes about the treatment of the “social parasite” Joseph Brodsky.

In 1963, Russian poet Joseph Brodsky was seized and sent to a mental institution… Hospital workers pumped him with tranquilizers and repeatedly woke him during the night. He was given cold baths and wrapped in wet canvas that shrank and cut his skin while drying.

It is not likely German lawyer Beate Bahner will be tortured like Brodsky. However, that does not make her arrest and forced confinement in a mental institution any less egregious.

It has begun: German medical lawyer Beate Bahner, who has been committed to a psychiatric institution for publicly disagreeing with lockdown.https://t.co/N1IGdNdScE

“Bahner had become known in the past few days with a call for nationwide demonstrations and an urgent application for the abolition of all corona protective measures,” reports Welt. “The [medical specialist] lawyer from Heidelberg considers the corona rules to be excessive and advocates for them to be abolished.”

Prior to her arrest, which she resisted, Bahner’s website was shut down at the request of the Mannheim police, according to the newspaper.

Hundreds pour onto the streets of Berlin to protest.

In America, the state has yet to lock dissidents up in mental institutions, although police have threatened people for attending church services and disobeying social distancing mandates.

In Mississippi, parishioners were fined $500 for attending a drive-in church service. In Massachusetts, the governor and local government control freaks ordered citizens to wear masks. The city of Lynn imposed a mandatory curfew. Authorities in Minneapolis charged twenty-three people with violating stay-at-home orders.

In Australia and Britain, police are fining citizens for daring to go outside (doing so in Queensland will result in a $100k fine). The dictator president of the Philippines, Rodrigo Duterte, has ordered police and the military to shoot and kill all in violation of an iron-fisted lockdown.

As a nation-wide lockdown and draconian measures destroy business, jobs, and lives, people are beginning to resist.

In Michigan, protesters gathered outside the state capitol to denounce Gov. Gretchen Whitmer’s lockdown. “We do not agree with or consent to our unalienable rights being restricted or rescinded for any reason, including the COVID-19 pandemic,” said Michigan United for Liberty on its Facebook page.

Wow. The Michigan anti-lockdown Facebook group gained another 45,000+ followers yesterday and is now close to 310,000, ~4% of the state’s adult population. Wonder how many will show up for the protest.

#stopthelockdown #TheRealDonaldTrump
This will only get worse until we reverse course on this lockdown. Which is destroying our economy, everything America stands for around freedom, and peoples livelihood.https://t.co/OiEmRx8Ihg

In Raleigh, North Carolina the police denounced a protest against lockdown as “non-essential activity,” a direct violation of the First Amendment.

I wanted to believe this was a joke or a hoax – @raleighpolice calling a protest a “non-essential activity” and arresting someone for speaking out against the state’s lockdown. But it is as real as Stalin. pic.twitter.com/d8Z0UqquIS

Officialdom has warned lockdowns may be in place until a vaccine is manufactured, possibly 18 months from now. This is a sure recipe for civil unrest and violence. It is not feasible for millions of people—and billions around the world—to endure lockdown and other authoritarian measures, possibly indefinitely.

In Germany, the state has moved to declare opposition to the destruction of civilization a mental illness. As more people resist mass house arrest and enforced privation, the state will undoubtedly resort to measures above and beyond locking activists up in mental institutions.

NORAD and the Pentagon have planned for civil unrest for some time. The military is now engaged in a PR campaign to “reassure the public” that it will use the appropriate protective equipment as it prepares to put down inevitable uprisings.