Genetically Modified Proteins in GMOs Could Go Directly Into Your Blood, Study Shows

Genetically Modified Proteins in GMOs Could Go Directly Into Your Blood, Study Shows 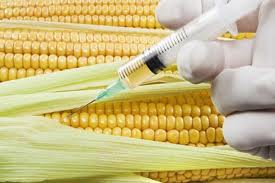 and the GM food we eat, could bypass digestion and go directly into your bloodstream, a study from July 2013 indicates. Published in the scientific journal PLOS ONE, the study, based on an analysis of over 1000 samples from 4 independent studies, found that genetically modified proteins in “meal-derived DNA fragments” which are “large enough to carry complete genes” were able to avoid degradation in the digestive process and enter straight into the human body’s bloodstream. The authors noted that the findings “contradict the standard paradigm (where) large macromolecules consumed with food cannot pass directly to the circulatory system.” That’s right – the idea that GMO genes get all burnt up during during digestion now needs to be seriously questioned.

GMOs in Your Blood

The fact that GMOs can get straight into your blood has astounding implications. Jeffrey Smith of the Institute for Responsible Technology has documented many of the numerous adverse effects that occur once the genetically modified proteins are inside of your body, which include chronic fatigue, sterility, asthma, allergies, autism, organ failure, birth defects and cancer.

Genetically Modified Proteins from GMOs are Changing You

This study shows what many informed researchers have been warning about: the GMO agenda is far more sinister and dangerous than you may think. I have written in other articles (such as The Ultimate Purpose of GMOs) about how the GMO agenda runs deep. Superficially it may be about making money, creating a monopoly on seeds, controlling the global food supply and selling more pesticides, but on a deeper level, the GMO agenda is about sickening the population and transforming the human genome. It’s about creating genetically modified humans.

We are literally playing with fire here by allowing the cultivation and propagation of GM crops in open fields without decades of independent research and open debate. If GMOs can alter the human genome – and this study is just more evidence that they can – that fact is of such immense importance for the entire human race that we simply cannot tolerate anymore Big Biotech facilitating the genetic contamination of our entire planet.