The Gay Agenda is Not a Big Part of the Conspiracy

The Gay Agenda is Not a Big Part of the Conspiracy 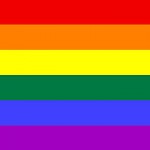 The gay agenda as it relates to conspiracy is that the elite are promoting homosexuality, but it’s based on a false assumption that being gay is a choice.

The gay agenda is in all reality not a big part of the global conspiracy.

If you have been researching the New World Order (NWO), Illuminati, etc. for awhile, you may have come across the assertion that the elite have been deliberately promoting a “gay agenda“, i.e. pushing homosexuality or the “gay lifestyle” as part of their master plan. Various reasons are given for this, such as reducing population (because gay people can’t have kids naturally within their relationship) or disrupting people’s sexual orientation and polarity (and therefore creating more confusion among the population in general). The latter reason in is line with Satanism, which inverts everything: black is white, pain is pleasure, war is peace. And, as David Icke put is so well, Satanism and pedophilia are the cement that hold the global conspiracy together.

While I can see how this line of reasoning is intellectually appealing to conspiracy enthusiasts, the idea that the elite could even promote homosexuality is based to a large degree on the (false) assumption that being gay is a choice, not an inherent orientation or feeling. For the record, I am heterosexual and know many gays and lesbians personally, as well as being very familiar with the NWO. I find the whole gay agenda conspiracy argument to be intellectually flimsy and indicative of deep-rooted brainwashing and homophobia – usually stemming from a rigid Christian background.

Exposing the Myth of the Gay Agenda

Many conservative Christian patriot organizations in the US do a great job in promoting the tenets of sovereignty and liberty and warning about the dangers of the coming NWO tyranny. Unfortunately however, there is a dangerous idea running through some of their message: the idea that being gay is inherently “unnatural” and therefore somehow morally wrong. This idea has infected the minds of people all over the world from all walks of life.

I have talked to many people who are gay and their thoughts on the matter are unanimous: being gay is an inner orientation, a feeling, an attraction – it’s not a lifestyle choice.

The Science on Homosexuality

Science support this. Sarah Knapton, Science Editor for the Telegraph, reported in 2014:

“In the most comprehensive study of its kind, Dr Michael Bailey, of Northwestern University, has been studying 400 sets of twins to determine if some men are genetically predisposed to being gay. The study found that gay men shared genetic signatures on part of the X chromosome – Xq28. Dr Bailey said: “Sexual orientation has nothing to do with choice. Our findings suggest there may be genes at play…”

Researchers at the University of California believe that homosexuality can be explained by the presence of epi-marks — temporary switches that control how our genes are expressed… “[Studies] all point to sexual orientation being something fundamental to a person rather than the lifestyle choice some opponents of equality repeatedly suggest.”

I don’t particularly see why being gay is considered unnatural, either. There are many examples of animals having homosexual interactions. Animals are part of Nature and therefore “natural”. By the way, who defines what “natural” means? (See: Do Animals Exhibit Homosexuality?)

Sexual Orientation is a Spectrum

Sexual orientation is a spectrum. At one pole you have complete heterosexuality, at the other pole homosexuality, and many people are somewhere in between. Nothing in Life is black-and-white; when you look more closely, you often seem to find a spectrum. This is certainly true of human sexuality. According to a 2005 statement by the American Psychological Association:

“Sexual orientation exists along a continuum that ranges from exclusive heterosexuality to exclusive homosexuality and includes various forms of bisexuality.”

The deeper psychological truth here is that people hate, judge and attack on the outside what they don’t like (or haven’t accepted and integrated) about themselves on the inside. People attack gays because they are afraid and judge their own inner feelings of homosexual attraction. Yet, homophobia runs so deep in some people that they would be prepared to kill for their belief. Imagine how much that would change, the theories about a gay agenda would too, if people just accepted the spectrum of sexual attraction …

A Ludicrous Argument: Being Gay is Morally Wrong

Lastly, I sometimes hear the ludicrous argument that being gay is somehow morally wrong because if everyone were gay, the human population would not survive. However, this assumes that:

1. The number of purely homosexual people would outnumber heterosexuals to such a degree that the death rate would outstrip the birth rate – and we are a long, long way from that;

2. That homosexual people are purely gay and would not be bisexual and also produce offspring;

3. That every person has some kind of moral imperative to ensure the continuation of the species. Now, I think every human has a instinctual drive to continue the species, but why is this supposedly some kind of moral command from “God”? By choosing responsibly not to have kids, how could you legitimately be accused of harming anyone?

The gay agenda as it is framed by conspiracy researchers is simply more divide and conquer tactics, designed to keep the masses infighting and distracted from the real oppressors: the military-industrial-intelligence-banking cabal, who are in turn possessed by a darker interdimensional force.