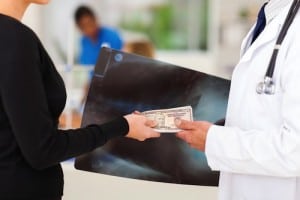 The fraudulent scientific research of Big Pharma is rife, and has been acknowledged as untrustable by medical journal editors, professors, doctors, government officials and former Big Pharma insiders.

is rife throughout the world due to the power of monetary influence wielded by Big Pharma, the giant cartel of multinational pharmaceutical corporations started over 100 years ago by the Rockefellers. This fraudulent scientific research is now so widespread and pervasive it is become an open secret. There is a long list of medical journal editors, doctors and professors on the “outside”, former Big Pharma employees and executives on the “inside”, as well as government officials somewhere in between, who have stepped forward as whistleblowers and acknowledged the fraud. Money buys favorable research. Period. This is not really surprising, given the history of Rockefeller Western medicine and the fact that Big Pharma’s business model is based on “managing” disease, “treating” symptoms and keeping patients on the hamster wheel, rather than actually healing them completely.

Everyone Knows How the “Game” Works

Whistleblower Dr. Peter Rost, former vice president of Pfizer, a giant Big Pharma company, spelled it out. In the video clip embedded above, taken from the documentary One More Girl, he reveals that everyone knows how the “game” works:

“Universities, health organizations, everybody that I have encountered … are out there …. begging for money. (Big Pharma corporations) use that money to basically buy influence … (Big Pharma provides) grants for various kinds of research … make sure they (scientific researchers) became beholden … Everyone obviously knows this is how things work.”

“They (scientific researchers) are not going to continue to get money unless they’re saying what you (i.e. Big Pharma) want them to say. They know it, you know it, and it’s only maybe the public that doesn’t know it.”

In this way, the almost the entire medical scientific community has been compromised and has become thoroughly untrustworthy.

Look at what numerous key experts are saying about this epidemic of fraudulent scientific research. Dr. Richard Horton is the current editor-in-chief of the British Lancet journal, which is respected as one of the best peer-reviewed medical journals in the world. He came out and stated:

“The case against science is straightforward: much of the scientific literature, perhaps half, may simply be untrue. Afflicted by studies with small sample sizes, tiny effects, invalid exploratory analyses, and flagrant conflicts of interest, together with an obsession for pursuing fashionable trends of dubious importance, science has taken a turn towards darkness.”

Then look at what Marcia Angell, former editor-in-chief of the esteemed New England Journal of Medicine (NEJM), had to say about the pervasive fraudulent scientific research:

“It is simply no longer possible to believe much of the clinical research that is published, or to rely on the judgment of trusted physicians or authoritative medical guidelines … I take no pleasure in this conclusion, which I reached slowly and reluctantly over my two decades as an editor of The New England Journal of Medicine.”

Dr. John P.A. Ioannidis, a professor of disease prevention at Stanford University, published a study in a PLoS One paper entitled Why Most Published Research Findings Are False. He found that research conclusions are less likely to be true when study samples sizes are too small, when effect sizes are even smaller, and when there are major variances in study designs, definitions, outcomes and analytical modes. He highlighted the corrupting influence of Big Pharma and concluded that:

“There is increasing concern that most current published research findings are false … it is more likely for a research claim to be false than true.”

Dr. Howard Pomeranz, a neuro-opthalmologist at the Hofstra Northwell School of Medicine, said this:

“One always has to be aware of the possibility that somebody who is an author or co-author, or someone who is consulted to help support the research was a paid consultant by the pharmaceutical industry, and that’s not always apparent.” 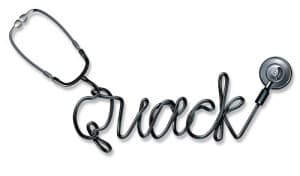 The pervasive fraudulent scientific research shows that most “solid medical evidence” may in fact be quackery.

Fraudulent scientific research has also been exposed by former executives and employees of the Big Pharma machine. In addition to Dr. Peter Rost, another Big Pharma whistleblower include Dr. John Virapen, author of Side Effects: Death. Confessions of a Pharma-Insider, who admits in this book that he “bribed a Swedish professor to enhance the registration of Prozac in Sweden.” Virapen worked for 35 years in the pharmaceutical industry internationally (most notably as general manager of Eli Lilly and Company in Sweden) where he was responsible for the marketing of several Big Pharma drugs (all of them with side effects). He exposes how Big Pharma invests more than USD$50,000 per physician per year to entice them to prescribe their products, how more than 75% of leading scientists in the field of medicine are “paid for”, and how illnesses are invented by the pharmaceutical industry to increase profit.

Another Big Pharma whistleblower is Gwen Olsen, a former Big Pharma sales rep who really knew how to push for a hard sell. She reveals the underhanded tactics she was taught by Big Pharma executives to ensure doctors were prescribing their drugs. After her niece killed herself while taking antidepressants, she changed her tune and exposed the tactics. Olsen admits that she used bribery and personal connections to sell Big Pharma meds, because she found it very difficult to sell drugs on their own merit, that the true purpose of pharmaceutical drugs is social control, that Big Pharma buys up real cures to disease, or sues companies not to release genuine cures. She also reveals how drug effects or side effects were often separated to avoid full disclosure, e.g. if the effect was on the CNS (Central Nervous System) then Big Pharma would break it down to say dizziness, fatigue, etc. so effects would look smaller.

Sadly, patients were harmed or killed due to Olsen’s (and other drugs reps like her) intentional sidestepping/misinforming physicians about a drug’s effects. Olsen refers to the “Revolving Door Syndrome”, meaning patients who are hospitalized continue to come back repeatedly, and each time lose more of their bodily functions. The drugs were brain damaging, could induce violence and were slowly killing them. Meanwhile, many drugs are found to be not more efficacious than a sugar pill (placebo).

Lastly, it is also useful to note that fraudulent scientific research has been acknowledged by governmental officials too. Dr. William Thompson of the CDC (the US Center for Disease Control) made headlines last year when he bravely came forth to publicly admit that he had cooked the books and fudged the data regarding vaccines. Here is an excerpt of his public statement from August 27th, 2014:

“My name is William Thompson. I am a Senior Scientist with the Centers for Disease Control and Prevention, where I have worked since 1998.

I regret that my coauthors and I omitted statistically significant information in our 2004 article published in the journal Pediatrics. The omitted data suggested that African American males who received the MMR vaccine before age 36 months were at increased risk for autism. Decisions were made regarding which findings to report after the data were collected, and I believe that the final study protocol was not followed.”

Many people were harmed (or killed) by this instance of fraudulent scientific research, especially young black baby boys under the age of 3. Consequences for Thompson or the CDC for this fraudulent scientific research? Basically none. Obama gave him legal immunity – but that’s not surprising since he also singed the NDAA (claiming the right to imprison any American indefinitely without charge or trial) and initiated his weekly Kill Lists.

The lesson in all this is clear: don’t believe it when you are told by anyone involved with the Western Medical Establishment that their products are based on sound, valid, scientific, clinical evidence. Fraudulent scientific research is so widespread you can’t know anything for sure. Maybe you have to use Western Medicine, or maybe you don’t, but don’t go in blindly believing everything you’re told.

Previous Article
We All Have Inherent Rights – Regardless of Whether a Nation’s “Authority” Recognizes It
Next Article
Everything is Fake: Top 40 Pieces of Fakery in Our World – Part 1