Fictitious Diseases, the Specialty Moneymaker of Psychiatry and Big Pharma

Fictitious Diseases, the Specialty Moneymaker of Psychiatry and Big Pharma 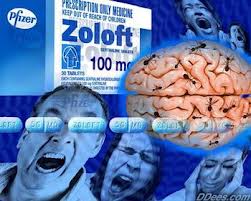 Fictitious diseases are a big moneymaker for Big Pharma, which has enlisted psychiatry to invent illnesses and thus turn ordinary people into consumers.

Fictitious diseases are the invention of psychiatry,

a so-called field of “science” which is now merged at the hip with Big Pharma, the cartel of giant chemical and drug companies who have a virtual monopoly on Western medicine. Together, these two have formed an unholy alliance based on making obscene amounts of profit by treating those who are not really sick. It’s a phenomenon known as “fictitious diseases“.

As investigative reporter Jon Rappoport has often written, all of the diseases in the psychiatric bible DSM (Diagnostic and Statistical Manual) are diseases in name only. They are basically a whole lot of big and scary sounding names which group together symptoms. They are not causally grouped. In fact, there is no blood test, saliva test for any of them. There is no measurable, scientific basis to any of them – they are judged to be so by the perception of the psychiatrist. This, of course, leaves the door open to for a large amount of error, and a large amount of abuse.

A case in point is ADHD, Attention Deficit Hyperactivity Disorder. The inventor of the disease Leon Eisenberg recently confessed on his deathbed that “ADHD is a prime example of a fictitious disease.” Yet sadly and shockingly thousands if not millions of children have been subjected to the horror of ingesting the psychoactive drug Ritalin (chemically similar to amphetamine), with its host of side effects, including addiction, nervousness (including agitation, anxiety and irritability), insomnia, decreased appetite, headache, stomach ache, nausea, dizziness and heart palpitations.

Big Pharma makes obscene sums of money from this deception, because it turns ordinary people into its customers. It turns people who either have no real problem, or some minor problem that could be healed with regular psychotherapy (or even holistic, dietary and natural methods), and turns them into addicted, dependent consumers who are hooked on chemical drugs for life. It destroys people’s lives. It is all the more sickening when you consider that Big Pharma is doing this to children too, through the invention of fictitious diseases such as ADD and ADHD.

Don’t fall for psychiatry’s ominous diagnoses. Get other opinions. Most of all, take a look at your lifestyle. If you are eating nutrient-depleted food, it will eventually cause some imbalance in your body. If you’re eating too much sugar or too many refined carbs, of course you will have peaks and crashes and feel hyperactive then sluggish. Start eating super foods and nutritionally-dense food – it may even help all of the symptoms of your “fictitious disease” disappear completely.