The FDA Mafia Threatens its Own Employees for Whistleblowing

The FDA Mafia Threatens its Own Employees for Whistleblowing 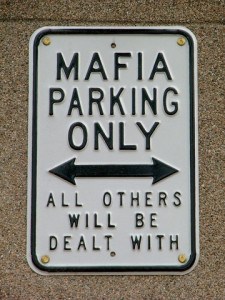 The FDA Mafia is now systematically threatening its own employees

– its scientists, lawmakers, reporters and academics – in an institutionalized spying program if they dare go public with the truth about the FDA’s corruption and subservience to Big Pharma. As Martha Rosenberg from truthout.org reports, several FDA employees were dissuaded from exposing the agency’s corruption by being directly threatened with prison themselves or having their children threatened. In fact former FDA reviewer Ronald Kavanagh said that he was “afraid that I could be killed for talking to Congress and criminal investigators.”

So why is the FDA monitoring its own employees so much? Because it’s afraid the truth will come out that it is blindly rubber stamping and approving Big Pharma drugs which are, in reality, unsafe to be released to the public. However, Big Pharma owns the FDA and routinely bribes FDA officials. As Kavanaugh says, “Drug reviewers were clearly told not to question drug companies and that our job was to approve drugs.” In other words, approve questionable, unproven chemical drugs and declare them safe and effective when they were not. Kavanaugh also remembers being handed records of safety data on a drug, and then being instructed by his bosses about which sections to read and which not to read – bosses which were in all probability being bribed by Big Pharma.

This kind of FDA tyranny is absolutely outrageous. The FDA has become a criminal mafia, conducting illegal surveillance on its agents and threatening anyone who steps out of line and doesn’t go along with the lie. The New York Times reported that the White House issued a government-wide memo in response to the legal concerns about the FDA’s surveillance program, stressing that federal agencies were not legally allowed to monitor employees to dissuade whistleblowers from reporting possible wrongdoing.

The FDA mafia must be exposed and replaced with honest people who are actually dedicated to ensuring only safe medications are approved.

Previous Article
Natural Cancer Cure Laetrile (Amygdalin, Vitamin B17) Works Better than Chemotherapy
Next Article
Sovereignty: We Get the Government We Deserve