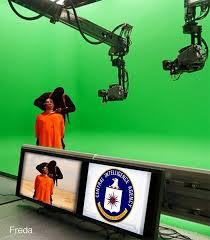 Fake ISIS beheadings are the latest gruesome hoax used by the psychopathic elite to play the public like a fiddle, and induce the reaction they want to go to war.

that the psychopathic ruling elite – power-crazed and unable to feel empathy – are trying against the awakening masses. These controllers are very well versed in human psychology, and know how war-weary people have become. Thus, in order to garner enough public support in America, Britain and elsewhere for their planned WW3, they are not only resorting to fear (an age old tactic), but in addition to that, they are resorting to horror and revulsion. They are trying to be as gruesome as possible, so just in case the public are not quite scared enough by the new bogeyman ISIL/ISIS/IS, then they will be so emotionally disgusted with the fake ISIS beheadings that they will support a Western invasion of Syria and Iraq (again).

It’s trauma based mind control – but for mass public consumption. Like the JFK assassination and the 9/11 false flag operation, it’s orchestrated horror to psychologically disrupt people’s sense of the inherent kind nature of humanity.

Nice technique … from an evil genius point of view. Problem is, I’m not buying it, and many people aren’t either. These productions are just too fake! None of them have the actual alleged moment of killing. They all just fade to black at that point. Why would ISIS, renowned for its brutality and with videos elsewhere of its agents doing real beheading, suddenly stop short and censor themselves on these ones? Answer: they wouldn’t, and they didn’t, because the whole thing is faked.

There are many giveaways about this one, showing that is definitely a fake ISIS beheading. Consider that:

The pattern continues for the next one …

As with the fake Foley beheading, evidence shows this is fake:

Another one, this time with an Englishman. How many more fake ISIS beheadings await us?

This is a psychological operation to induce the public into supporting yet another invasion in multiple countries. Are people going to fall for it?

Previous Article
9/11 was an Inside and Outside Job: Remembering the Israel 9/11 Role
Next Article
Western Medicine is Rockefeller Medicine – All The Way