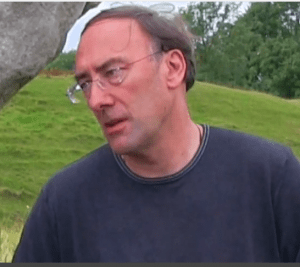 a local politician (councillor) in England, recently did a stunning interview with Kerry Cassidy of Project Camelot in which he reveals some shocking information (see video above). Parkes is a rational, level-headed man who is well-respected in his community, and as anyone who watches the video can tell, he seems to be a very credible whistleblower and trustworthy ET contactee. Parkes makes it clear that he is nothing special; that he is merely reporting his extensive contact and interactions with several ET races, in the hope we can use the information to learn more about Who We Are and where our future lies.

At the 21:35 mark, Parkes comments how some ETs (e.g. the Reptilians) are very “service-to-self” or self-serving, whereas others (e.g. the Mantids) are interested in evolving and changing their behavior to become more selfless to do so.

At the 27:45 mark, Parkers claims that many top nations and their leaders are being contacted and assisted by different ET groups, e.g. Putin is meeting with one group, Obama is meeting with another group, as are Chinese, Iranian and other leaders. These leaders could all be considered ET contactees themselves.

On the MH17 Crash

At the 54:35 mark, Parkes claims this plane was meant to crash somewhere else – in Russia – and that before it reached Russia’s territory, the Russians shot it down. He elaborates that the operation was planned by Mossad, who had a bomb on board, and that the plane was full of bodies containing a deadly virus, with the plan to detonate it over Russia and scatter the debris far and wide (this spreading the virus). When Russia became aware of this, they deliberately shot the plane down with canon shots so it would go into a tail-spin and crash straight down,w without spreading itself far and wide.

On Israel and Mossad

At the 1.03:35 mark, ET contactee Parkes divulges that Israel has close connections with an off-world group of ETs (the Reptilian Annunaki), who protect and advise them. The USA does not have access to this grip, which is why they treat Israel with such respect, and why Israel literally gets away with murder. This connects with with some Israelis see themselves as the “chosen race”.

On the Reptilians Integrating into Earth Culture

Parkes also mentions (at the 1.17:40 mark) that there are experiments currently being conducted to see if the ET Reptilians can integrate into Earth societies – to see if they can change their ritual and cultre,  drop the idea of might is right, and give away the notion that they have the right to kill and eat anyone they want. Can they actually live side by side humans without conflict?

On How ET Takeover Will Not Happen

Lastly, Parkes end with a note of optimism: that no ET group can just waltz in and take Earth, because they are not strong enough. If they were strong enough, they would have done so already. Instead they must use their powers of deception, persuasion, manipulation and more to try to wrest control of the planet by convincing humans to hand it over to them.

The inter-related topics of aliens, ETs, ET contactees, ET abductees, UFOs and ET interference in Earth affairs are essential to discover the deeper truth of who is running the world and how they are doing it. More information on these fascinating subjects can be found at ToolsForFreedom.com.

Previous Article
Timeline to WW3: Will Ukraine Develop into a World War?
Next Article
US, UK, Canada and Now UN Too: Is Anyone Outside of Israeli Control?