Do Vaccines Cause Autoimmune Disease?

Do Vaccines Cause Autoimmune Disease? 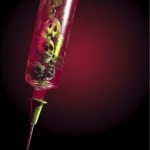 Vaccines can lead to autoimmune disease solely due to their antigen ingredients (even if they don’t contain toxic mercury, aluminum, formaldehyde and MSG), by over-stimulating the host’s immune system

Do vaccines cause autoimmune disease?

Many who are educated in natural health have long suspected that vaccines cause autoimmune disease, and now the scientific studies are beginning to prove it. It is no coincidence that both the number and type of autoimmune diseases have dramatically risen with the introduction of insane childhood vaccination schedules. It is highly disturbing that babies and young children (from 0-6 years of age) in the US are now being subjected to 11 different kinds of vaccines, and a total of around 37 separate inoculations, as spelt out in the CDC’s immunization schedule.

A recent independently funded Japanese study was conducted that sought to determine the cause of autoimmunity or autoimmune disease. It was found that “repeated immunization with antigen causes systemic autoimmunity in mice otherwise not prone to spontaneous autoimmune diseases.” There are a few things very important to note here. Firstly, the study found that the systemic autoimmunity developed due to the introduction of the antigen, i.e. the weakened disease itself. This completely goes against all the propaganda spouted by Rockefeller-funded AMA Western Medicine and the Big Pharma vaccine industry! Vaccines are based on the false premise that the introduction of an attenuated (weakened) virus or other pathogen into the host will induce the host to develop antibodies to protect against that kind of of pathogen. There’s a big problem with this: it doesn’t work all the time, and instead, it leads so an over-stimulation of T-cells and antibodies, which eventually turn against the host itself, causing autoimmune diseases such as autism.

Secondly, it is crucial to note that the vaccines used in this study contained no adjuvants – the toxic ingredients added to induce a greater immune response. The CDC openly admits that thimerosal (mercury), aluminum, formaldehyde and MSG are contained in their toxic vaccines. Even without these poisonous additives, the antigen-containing vaccine itself damaged the immune system of the host! The Japanese study concluded that “systemic autoimmunity appears to be the inevitable consequence of over-stimulating the host’s immune ‘system’ by repeated immunization with antigen, to the levels that surpass system’s self-organized criticality.” It won’t be long before the criminal masterminds running the legalized Big Pharma drug cartel – who are fully aware of how dangerous vaccines are and the causal link between vaccines and autoimmune disease – are exposed for covering up and denying the evidence. This is already starting to happen. In a recent Italian court case, a judge ruled that the MMR vaccine caused autism. There is now a legal precedent (in Italy at least) that can form a basis for future litigation against Big Pharma corporations (and the governments that have conspired with them to pass protective laws). Vaccines are one of the greatest medical shams and cover-ups of all time, a giant fraud which has caused untold suffering for millions.
Tags: