DNA Activation or DNA Mutation: The Fate of the Human Genome is in Our Hands

DNA Activation or DNA Mutation: The Fate of the Human Genome is in Our Hands 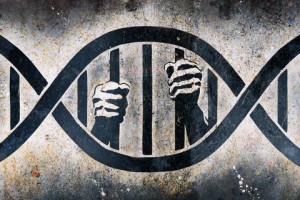 Will humanity free itself from its DNA prison? We all have the chance right now to help make that happen …

DNA activation or DNA mutation – which will it be?

By incarnating on Earth and taking a human body, you are part of an epic struggle. The prize being fought for is not a particular system, nation, continent or even natural resource, although these may be steps of the New World Order along the way. Their ultimate goal is control of your DNA – the human genome itself. Why? Human DNA is one of the most magnificent treasures ever created. ET contactee Alex Collier, who has had a long-term relationship with advanced alien beings from the Andromedan galaxy, was told by his ET mentors that the Andromedans consider humanity to be “royalty” due to our wondrous DNA. Within our genes lies infinite possibility – the power to rise into the air (levitation), travel large distances in a matter of seconds (teleportation), move objects with our thoughts (psychokinesis), be in two places at once (bilocation) and many more.

Let’s pause for a minute. You may be thinking: if all these things are possible (and even possible for me), why haven’t I heard about it before? And, where are the people who have done all these things? The answer is that the conspiracy relies on your ignorance and on the suppression of what is possible. If a critical mass of people really knew how fraudulent the banking system was, or how corrupt our leaders were, these systems and crooks would be overthrown in a second. If we actually knew how powerful we were, we would be free and uncontrollable – a situation the Controllers are desperate to prevent.

The Controllers operate by suppressing the masses’ idea of what is possible (via the mainstream media) and then secretly harnessing these powers for militaristic ends (e.g. by training psychic supersoldiers like Duncan O’Finioan in black operations). This suppression is dutifully carried out by the mainstream media, now consolidated into 6 mega corporations. They control around 90% of what most people see and hear (and therefore think). Despite this though, abundant examples of people developing superhuman abilities have been caught on camera or written about. One instance is the Chinese boy Nong Yousui who has bright blue, cat-like eyes that enable him to see clearly in the dark, as though he had inbuilt infra-red vision. Another example is the Qi Gong master who can boil water with his hands alone (pyrokinesis). In 1985, numerous Buddhist monks who mastered a yoga technique called Tum-mo controlled their body heat to the point of being able to be dry cold, wet sheets draped over their naked bodies in an hour. Then, we have Carlos Castaneda’s accounts of don Juan and his group of modern-day sorcerers who achieved incredible feats, including being able to leave their body and travel at will (astral projection), or Vladimir Megre’s accounts of Anastasia, who lived in the forest and could heal people remotely by thinking about them (psychic healing).

Due to the immense potential encoded in the sacred strands of our DNA, the Controllers have been waging an all-out war against humanity by trying to mutate and destroy our human genome. One of the biggest threats to our genes right now is the spread of GMOs (Genetically Modified Organisms). Genetic engineering is essentially a random process. It involves splicing genes from one organism and randomly shooting or inserting them into the genetic structure of another – mutating the genetic integrity of the organism being created, which becomes a new, artificial, Frankenstein life form.

A study secretly conducted in France over the last 2 years was just released, with horrifying results. The rats in the experiment that ingested GM corn suffered organ damage, sterility, gross deformities and cancerous tumors – see The Unprecedented Dangers of GMOs for more details. Other studies have shown that when GMOs enter the body, they disrupt a cell’s ability to communicate and its memory of who and what it is! When we eat GM food, we take in these new gene structures, and they become part of our body. It is no exaggeration to say that GMOs dangerously alter our very genetic makeup and identity. The GMO experiment could be catastrophic for the human race. It is imperative to avoid GMOs at all cost – see this report for how to do so.

Another threat to our genetic integrity is the rise of EMF (Electromagnetic Frequency) radiation and microwave pollution. Although electricity (and the technology which depends on it) has brought us convenience, it has come at a high price. We are swimming in EMF fields; they surround us in our homes, offices and cities. Evidence indicates that the electrification of modern civilization has led to increased rates of diabetes, cancer and suicide – see Sam Milham’s book. Additionally, we now have a giant wireless industry hastily erecting cell phone towers everywhere and denying the evidence of their toxicity. Wi-fi and cell phone radiation is especially dangerous – so much so that it has been banned in some German and Canadian schools, due to evidence that it disrupts concentration and causes infertility and cancer. However, there are some solutions to protect yourself – see this EMF filter solution and this EMF transforming solution for details.

Nuclear radiation is the biggest mutator of human DNA. There are many pictures of children born in radioactive areas (e.g. Iraq in the last decade due to the depleted uranium used by the US military) showing their horrendous malformations. The latest news from Fukushima, Japan is that Reactor #4 is gradually and unevenly sinking. It has already sunk by about 31.5 inches since the disaster. If it continues to sink, which it is expected to, or if another earthquake of even as low as a magnitude 6 occurs in the region, the entire structure could collapse, which would fully drain the cooling pool and cause a catastrophic meltdown.

It is always wise to be prepared. The superb products here are the best in the world for combating nuclear radiation and protecting your DNA from mutation.

At this point now, let us turn our attention away from DNA mutation and onto DNA activation. The human species has two-stranded DNA found in each of the twenty-three pairs of chromosomes in every cell of the body. However, there are extra strands which scientists out of ignorance have called “junk” DNA. In actuality, these strands are not extra but disconnected; they are an essential part of our original genetic blueprint.

Many people, including author of “Bringers of the Dawn” Barbara Marciniak, allude to the ultimate conspiracy against humanity: the shocking truth that we’ve been genetically tampered with. The story that comes from many sources is this: at some point in our past, we were mightier beings, capable of superhuman feats and living long lives. Then came the “Fall of Man” where we lost our abilities, where 10 of the 12 DNA strands were disassembled and deactivated. Although this story is difficult to prove, more tangible evidence of our DNA deactivation can be seen by the fact that out of a possible 64 codons, only 20 (the amino acids) are functional. Why? Science has not been able to offer a satisfactory explanation …

We are now in an Age of Transformation, with the coming of the end of the Mayan Calendar (Dec. 21st, 2012) and a rising consciousness sweeping the globe. It is not so much about DNA activation as about DNA reactivation or DNA unlocking. The human race is recovering. It’s time to reclaim our divine abilities and unlock our potential – and the exciting thing is that every human alive today can take part this awakening process!

How? To start with, open your mind to what is possible. If you don’t know that viable, free energy exists and is being suppressed, or that HAARP is used as a weapon to create earthquakes in foreign countries, or that all the “lone nutter gunmen” assassins are mind-controlled, you can’t comprehend the issues well enough to devise the best solution. The less you understand, the more easily you can be led astray. Get your information from alternative sources outside the controlled mainstream media.

Next, use meditation (or another discipline which quiets the mind) to reduce the mental noise and constant chatter in your head. Conserve your energy rather than wasting it on trivial matters. Take up a spiritual practice or martial art, many of which teach you how to raise your energy from your lower centers to your higher centers, where it can help with the reactivation. Use Mother Nature. Eat hemp seeds – they actually repair your DNA! They contain the protein edestin which is so similar to human blood it restores your genetic integrity. Use Bacopa to cleanse your pineal gland and expand your consciousness. Check out the Higher Consciousness section for ideas on how to raise your awareness and access your true potential.

Remember, it is your divine birthright, along with every other human on the planet, to be a powerful being. We all have the potential for psychic and superhuman powers locked up or encoded within our DNA. Anything is possible. We are infinite consciousness, taking on a human body for a short time. Let’s use more of our infinite nature and break some boundaries, for our spirit knows no limit.