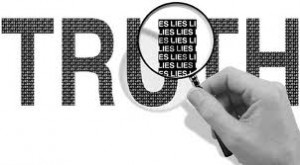 Disinformation purports to be the truth, but upon closer inspection, is composed of lies.

Disinformation is outright lies packaged as the truth or real information,

and disseminated with the purpose on deceiving, confusing and leading people astray. The New World Order Controllers running the planet often use covert deceit and infiltration (rather than overt force and brutality, although they use that too) to manipulate the masses. They do this because it often proves to be far more effective. Remember: if people do not know they are being attacked, controlled or enslaved, they are far less likely to resist and defend themselves.

Disinformation agents are now employed by the Pentagon to hack the blogs and websites of activists in the Truth Movement. By doing this, they need only edit or insert a few words here and there, effectively changing the meaning of the message and discrediting the author. Some of these shills have already visited this website, The Freedom Articles, and have attempted to leave comments on the site (especially after the Sandy Hook staged false flag shooting). However, if you are aware and have your wits about you, you can normally spot this kind of infiltration.

Likewise, the FBI and other military agencies have long used the tactic of sending agent provocateurs (e.g. with Operation CointelPro) to infiltrate activist organizations and incite violence at peaceful protests – thus playing right into the hands of Big Government, which then has the excuse to use violence in retaliation. The system wants violence. That’s all it knows how to do. Force, coercion, thuggery, brutality and violence are its modus operandi. They way to overcome the system is to share information, get together in numbers, get focused on an objective (focus and clarity = power), and then peacefully practice civil disobedience and non-compliance. The few cannot control the many without the cooperation of the many. Once the bottom of the pyramid withdraws, the upper levels collapse.

JFK warned the “monolithic and ruthless conspiracy” relied on infiltration

JFK gave a famous speech before his assassination where he exposed the fact that secret societies had overtaken the US through infiltration and subversion. This speech may have been part of the reason he was killed. Watch out for shills, agent provocateurs and disinformation agents. Read widely and carefully, think critically and question everything. Be skeptical of people who issue a call to arms or violence as a solution to the New World Order. With a keen eye, you can spot these traitors who have sold their souls for money.