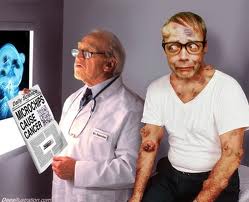 Digestible microchips are the latest step along the path of enslavement, as the FDA approves microchips inside drug pills to advance the NWO microchipping agenda. Image credit: David Dees

Digestible microchips are the latest step along the path of enslavement.

The FDA of the United States (following in the steps of the UK) has just approved digestible microchips (microchips embedded inside of medicine). The cover story is that these ingestible, nanotechnological microchips (also known as IEMs or Ingestion Event Markers) will help doctors track whether their patients are really taking the medicine they prescribed or not. They are being sold as “intelligent pills” to an unsuspecting public.

However, the truth is that these tiny technological devices are part of a grander scheme – the human microchipping agenda. It has long been a goal of the NWO (New World Order) to be able to control the thoughts and emotions of every single person on the planet. Nanotechnology has given them that power. The hidden elite want to use Big Pharma (the conglomerate of multi-national pharmaceutical companies) to push their microchip-laden pills onto the ignorant masses. Thus, Big Pharma is trying to usher in a scientific dictatorship, just as Huxley predicted in his book “Brave New World”.

No one has the right to force you to put something into your body that you don’t to put in there. Yet there are certain control freaks, including some doctors and bureaucrats, who want to monitor patients to the point of invading their privacy and personal space. The human body was not designed to function at a high level health with metal devices implanted and embedded inside of it – no matter how small. These digestible microchips will eventually lead to disease in one form or another.

The IEM digestible microchip is a tiny sensor. It’s as small as a grain of sand, can be embedded in a pill and can collect measurements such as heart rate, body position and activity. It can then send a signal to a mobile phone, which can then transmit the data to a doctor. Will we continue to cooperate with our own enslavement by accepting this gross violation of our rights and liberties?

Previous Article
Proposition 37: So-called “Natural” and “Organic” Brands Pay to Block GMO Labeling
Next Article
Sovereignty: Every Generation Must Fight for Their Rights