Destroying the Culture of Others, That’s What Neocons Do

Destroying the Culture of Others, That’s What Neocons Do 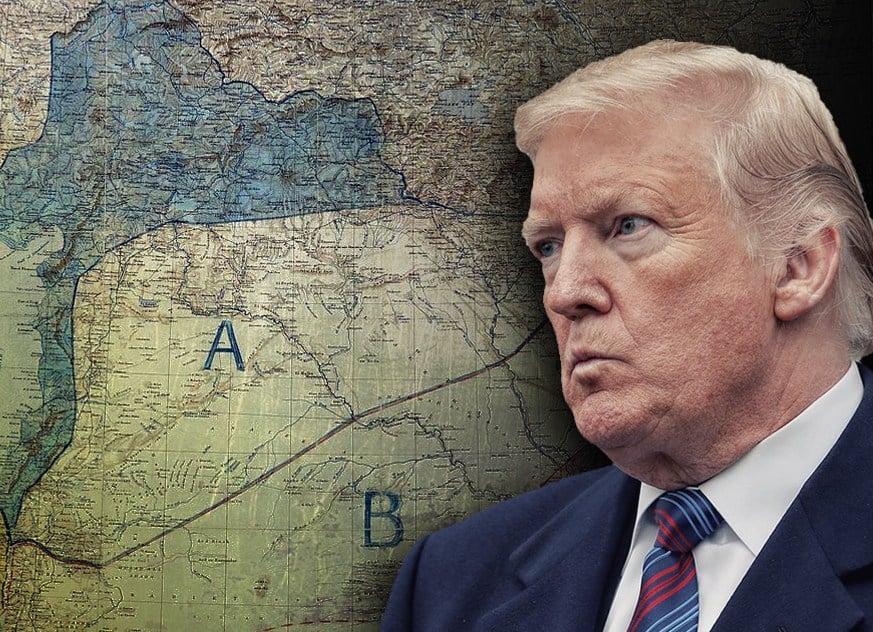 Destroying the culture of others is what neocons do. After conducting the Soleimani assassination with Israel, Trump has threatened Iran’s cultural sites.

Destroying the culture of others – that’s what neocons do.

Naturally, Breitbart, founded in Israel and thoroughly Zionist in tone, is an enthusiastic supporter of Soleimani assassination and serial violations of international law.

Nancy Pelosi to Introduce Resolution Implying Pre-emptive Surrender to Iran. https://t.co/YL8O15h2X0 She needs to be removed as Speaker, post haste…

By declaring the attack “provocative and disproportionate,” … [Pelosi’s war powers] resolution also invites international prosecution of the president, as well as members of the administration and the military itself, who carry out his orders. The U.S. does not recognize the authority of the International Criminal Court (ICC) to prosecute Americans for war crimes, but the ICC takes a different view, and a future Democratic administration might well side with the ICC instead.

As it should be. Trump and his gaggle of war criminals must be removed from office and prosecuted, same as Slobodan Milošević was prosecuted (the crisis in Bosnia, Croatia, and Kosovo were small brushfires compared to what the neocons and fellow traveling Democrats have done in Iraq, Afghanistan, Libya, Syria, and much of Africa).

Breitbart, Infowars, The Gateway Pundit, and the rest of the “alt-right” (for lack of a better term), including “conservatives” such as Sean Hannity and the blonde bimbo lineup at Fox News, are responsible for effusive propaganda depicting Iran as a terrorist pariah state and encouraging military action against it (arguably in the name of Israel for its regional “ambitions,” that is to say splintering the Arab and Muslim world into balkanized failed states rife with religious and political tension, thus no longer a threat to the racist settler state of Israel and unable to effectively support the Palestinians).

These folks are responsible for motivating witless millions to vote for the washed up reality TV star and renowned loudmouth, narcissist, and geopolitical ignoramus Donald Trump. They are responsible for allowing Trump to violate international law on numerous occasions, most notoriously and brutally the drone killing of Iranian General Qasem Suleimani.

I’m not seeing headlines condemning this brazen assassination—a side project of Israel’s long-running assassination of Palestinian activists—on the pages of Breitbart and Infowars.

Pelosi’s letter begins with the declaration that President Donald Trump’s airstrike last week targeting Iranian General Qasem Suleimani, leader of the terrorist Iranian Revolutionary Guard Corps (IGRC) Quds Force, responsible for the murders of hundreds of Americans and for recent attacks on the U.S. embassy in Baghdad, was “provocative and disproportionate,” terms suggesting the attack was illegal under international law and could constitute a war crime.

Breitbart, ideologically aligned with Bibi Netanyahu and the Likud fanatics, routinely calls the IGRC “terrorist,” while ignoring the crimes of the US and the Zionist state—crimes that are truly terroristic (killing over in million in Iraq, half a million or more in Syria, 30,000 in Libya, and an undetermined number in Afghanistan). 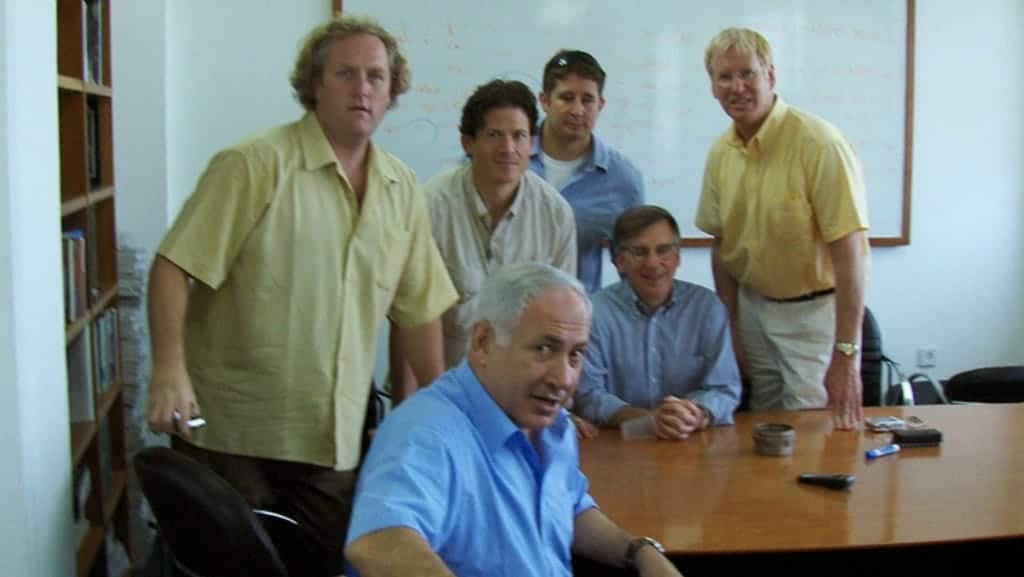 Andrew Breitbart (founder of Breitbart.com) in a meeting with Israeli officials including PM Netanyahu.

“He didn’t say he’s targeting cultural sites. He said that he was openly asking the question why in the world they’re allowed to maim people, put out roadside bombs, kill our people, torture our people … he said that they identified 52 sites,” said Conway (the first syllable of her last name is apropos).

President Trump threatened to target Iran’s cultural sites. But military attacks against cultural sites are against international law and the U.S. has condemned the Islamic State for similar destruction. https://t.co/8HwLSldSjA

This is almost a joke. Here we have the NYT lambasting Trump for saying he will target ancient Sumerian ruins and monuments—same as Wahabbi fanatics blowing up Buddha statues in the Bamiyan valley—while the “newspaper of (propaganda) record” previously shucked and jived in favor of killing a million and a half Iraqis. Few seemed to care when the US pockmarked a 4,000-year-old ziggurat in the Iraqi city of Ur with shrapnel. An ancient Babylonian site “paid an extremely high price after the US used the site as military headquarters for 5 months,” according to the Global Policy Forum.

Coalition military operations have seriously damaged historic sites, landmark buildings and old city neighborhoods. They have had an especially harsh impact on old neighborhoods, including much of the central area of the holy city of Najaf , destroyed in a confrontation of Coalition forces with Mahdi Army irregulars in August, 2004. Coalition bombardment destroyed 65 mosques in the attack on Falluja in November 2004, while Coalition aerial and ground attacks have reduced old buildings to rubble in Tal Afar, Ramadi, Samarra and a number of other cities.

In some cases, Coalition forces have caused serious, irreversible damage to important archeological sites. The US military built bases on the sites of ancient Babylon and Ur . At Babylon , construction crews used heavy earth-moving equipment as they built a helicopter landing pad, installed fuel tanks and concrete walls, and dug a dozen deep trenches. They brought in tons of gravel to make parking lots for military vehicles, next to a Greek theatre built for Alexander of Macedon. Polish troops camped at Babylon (known as Camp Alpha ) from September 2003 to January 2005.

Dr. John Curtis, Keeper of the British Museum ‘s Near East Department, issued a scathing report on the overall damage. He found military fortification sandbags shoveled full of archaeological material from the site, including shards, bones, and ancient bricks. Parts of ancient buildings had collapsed. International scholars and Iraqi leaders pled with US commanders, but the camp was not vacated until January 15, 2005 . The Polish government later apologized for its complicity.

Destruction of cultural sites, inadvertent or otherwise, is part of the overall strategy to rollback Arab and Muslim culture and influence in its own neighborhood. However, the US military concentrated on destroying the very fabric of Iraqi civil life, bombing hospitals, schools, water and waste facilities, and agricultural production, to name a few. It has done the same in Syria and Libya.

Now it’s Iran’s turn. Iran is the Big Kahuna, the prized target of neocons controlling Trump—through his orthodox Jewish son-in-law—who take their lead from psychopaths in Israel responsible for ordering the mass murder and torture of not only Palestinians, but Lebanese and Syrians as well (while simultaneously assassinating Iranian scientists).

Trump should realize that if he in fact does bomb dozens of cultural landmarks—Pasargadae, Bisotun, the Sassanian cities in Fars, Gonbad-e Qābus, etc.—he can expect the possibility of retaliation, most likely on US landmarks and heritage sites. Independence Hall in Philadelphia comes to mind, as does Monticello, and the Statue of (sic) Liberty.

Unlike the divided and ineffectual Iraqis following the US invasion in 2003, the Iranians will take Trump’s war to the American homeland. If the mullahs and Iranian leadership decide there is no other viable response to the destruction of their country than striking deep inside the United States, they will do this with a vengeance—and they surely won’t stop with a suicide bombing of the Liberty Bell (which we no longer need because liberty is now an antiquity run over by tank treads).

Previous Article
The US Government Lies Constantly, And The Burden Of Proof Is On The Accuser
Next Article
On The Idiotic Partisan Debate Over Regime Change In Iran Or Syria