A US-led Western scheme to divide and destroy Syria has been exposed. Leaked British diplomatic cables reveal the existence of the Small American Group on Syria, a group of 5 nations actively conspiring to control the outcome in Syria. Image credit: Defence.pk

is the message of a recent British diplomatic cable which was leaked to the Lebanese media outlet, Al Akhbar. In an article dated February 24th, 2018 (picked up by Iranian media outlet Fars News and later syndicated on sites like Global Research), we learn of a manipulative organization called the Small American Group on Syria. This group – composed of representative diplomats from the US, UK, France, Saudi Arabia and Jordan – had a meeting in Washington on January 11th, 2018 and another in Paris on January 23rd, 2018 where they plotted the US-led Western scheme to divide and destroy Syria. To destroy Syria has been the mission of the US-UK-Israeli New World Order for a long time, so in one sense this cable is unsurprising; however, it is always interesting to catch the schemers and manipulators red-handed and directly observe their machinations. Although the original cable document does not appear to be available online, the Al Akhbar report exposing it is very detailed. Read on to see what was in it.

According to the article, the diplomatic cable, written by Benjamin Norman (a British Ambassador in charge of Middle Eastern Affairs at the US Embassy in Washington DC), spilled the beans on how the US and its allies go about controlling other nations. Here are some of the things the leaked cable tells us or confirms:

– The existence of a small group manipulating affairs behind the scenes (the very essence of conspiracy);

– That the US dominates and controls the foreign policy of many other (Western and GCC) nations;

– Other middle Eastern nations like Saudi Arabia and Jordan are in the pocket of the US;

– Turkey is currently at odds with US (over the US chasing to side with the Kurds) and much trust has been broken;

– The extreme arrogance of the US and these other Western and Arab nations in scheming to divide and destroy Syria, a sovereign nation who has done them no harm;

– That the US will maintain a large military presence in Syria despite its victory over ISIS/Daesh, at a cost of USD$4 billion a year;

– That the main point of the US military presence is to prevent Iran from establishing too much of a foothold in Syria;

– The US is actively conspiring to meddle and interfere in Syria’s election process – you know, the very thing it accuses of Russia of dong without any evidence. US diplomat David Satterfield openly promotes regime change and rigging a foreign election: “Satterfield responded that ‘the goal was to create conditions and institutions that would allow elections that Assad could not win.'” Busted!

The only thing that is surprising in all of this is the overt absence of Israel. However, since the Trump Administration could basically be called “Make Israel Great Again”, it is easy to discern the Zionist influence in all of this, particularly in the above point about the US spending $4 billion of its own money just to stop Iran from expanding its influence in Syria. 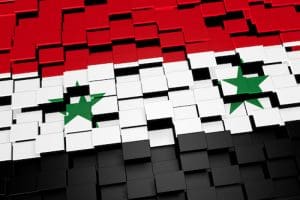 Will Syria be partitioned? Yes, if Israel, the US, the UK, Saudi Arabia and others have anything to do with it.

The 3 Main Goals of the Small American Group on Syria

The diplomatic cable was very explicit in stating the objectives of the Small American Group on Syria. It speaks of the need for the US-led West, and its client/puppet Gulf nations, to work towards the “partition of the country [Syria], sabotage of Sochi, framing of Turkey.” Let’s take a look at each of these in turn.

The first phrase refers to the attempt to partition Syria or divide Syria into smaller mini-states along ethnic and religious lines. This is an age-old scheme to weaken an enemy nation by reducing its size; it is far easier to pick off smaller nations than one large united one, particularly if you can get them squabbling and infighting (divide and rule). The Balkanization of Syria, as it has also been called, is part of a long history of Western interference in the Middle East. This goes way back to the heyday of the British Empire. As I discussed in my article Foreign Meddling in Syria: Decades Longer Than You Thought …, the Western colonial powers have tried to arbitrarily slice up the Middle East as they saw fit for over 100 years. In the last few years, Israel has been especially vociferous in its urging for the partitioning of Syria, part of the Yinon plan for Greater Israel.

To divide Syria is to destroy Syria … and the US and Israel well know it.

The second phrase refers to the attempt to sabotage the peace talks that happened at Sochi, Russia, in January 2018 earlier this year. Sochi, which was co-sponsored by Russia, Iran and Turkey, was somewhat of a continuation of the 2017 Astana Peace Talks, which were also co-sponsored by the same 3 countries. According to RT:

“Sochi grew out of the Astana talks – also backed by Moscow, Ankara and Tehran – that began last year, and have managed to achieve piecemeal and transitory results on the ground, including de-escalation zones and ceasefires. While some of the constitutional suggestions have been voiced before, Sochi represents a broader, more ambitious attempt at engagement.”

The US was, of course, unhappy that it was excluded from Astana. How dare affected nations and regional powers have the audacity to try to broker peace and make deals without inviting the world’s super-bully? Accordingly, it has tried to focus the world’s attention, and the UN’s attention, away from Astana and Sochi, and onto the January 2018 Vienna Peace Talks, where the US played a central part. In Astana and Sochi, there was no discussion about removing Assad from power, or diluting his power; whereas in Vienna, the US proposed altering the Syrian political system, giving more powers to the prime minister/parliament than the president, and decentralization, giving more power to regions hostile to Damascus. The US also proposed the UN supervise the elections.

The third phrase refers to the deteriorating relationship between the US and Turkey, despite the fact that both are NATO members. Ever since January this year, when the US decided to mainly use the SDF/Kurds against the Assad government (rather than other terrorist groups like Al Qaeda, Al Nusra, etc.), the US has alienated its former ally Turkey. Turkey actually invaded Syria to go after the US-backed Kurds there, despite the fact that the US and Turkey had been working together to destabilize Syria for much for the Syrian War from 2011 onwards. Turkey was busted by Russia for trading with US-created ISIS, in fact. The article suggests that the US is about to turn on its former ally Turkey and frame them for something, or perhaps use them to create more choose inside of Syria.

Final Thoughts: Leaked Cable Does Not Bode Well for Future of Syria

Recent geopolitical developments since the start of 2018 have been disturbing. On February 2nd, 2018, the US released its new Nuclear Posture Review where it lifted restrictions on the use of nuclear weapons, now giving itself permission to use them in retaliation against a conventional (non-nuclear) attack or even a cyber attack. On February 14th and 15th, NATO stated it would be performing an overhaul of its command structures, the largest since the end of the Cold War, according to Secretary General Jens Stoltenberg. On March 1st, Russian President Vladimir Putin gave a State-of-the-Union-like address to the Russian Duma (Parliament) which featured video animation of the latest Russian military hypersonic weapons. A strike on the US (Florida) was simulated. Putin warned that although Russia wanted peace, it would not hesitate to defend itself against any kind of nuclear attack, including medium, small and mini nukes. Meanwhile, Israel has continued to demonstrate its own aggression and disregard of the law by downing a drone in Syrian airspace and claiming it was Iranian.

This cable at least lays bare the true nature of the scheming US and its puppet allies, and its overt attempts to divide and destroy Syria. Please spread the truth far and wide.