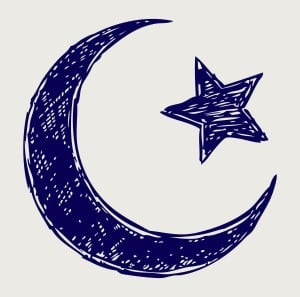 The demonization of Islam is a grand marketing ploy with sinister objectives. Yes, Islamic extremists and terrorists do exist, but the story is so much deeper than that.

The demonization of Islam continues unabated

with the Zionist segment of the New World Order unleashing two new recent attacks in Australia and France, both blamed on “Islamic terrorism“. It is highly probable that both of these attacks are false flag operations, part of a broader strategy of cunning propaganda to brainwash the Western public into loathing, fearing and hating Muslims. The US (through 9/11) and the UK (through 7/7) have both had major events (in 2001 and 2005 respectively) where they were able to blame the specter of Islamic terrorism as the culprit (to conceal inside jobs); now other Western countries are getting their attacks too, so the public is being thoroughly indoctrinated to associate Islam with terrorism. This indoctrination is two-fold: it’s the drip-drip-drip effect of being constantly bombarded with negative news reports about Islam, and it’s the shock effect of the public being mass-traumatized by large terror attacks (mass sacrificial rituals) like 9/11. So let’s take a look at deeper reasons for the demonization of Islam, since there are 2 main purposes for it.

The Purpose of the Demonization of Islam Domestically

For the purposes of this article, when I say “domestic”, I primarily mean within the USA, but also to a great extent the UK, Australia, Canada, France, New Zealand and some other Western nations. Also, let me point out that I am not Islamic or Muslim or part of any organized religion in any way. I merely see that all organized religions have truth in them, and also a fair portion of dogma and madness!

The main reason for the demonization of Islam domestically is simply this: for the ruling Government to take rights and liberties away under a false pretense, which they would normally not be able to do. It’s a basic maxim of tyrants that the more scared their subjects are, the easier they are to control and enslave. Think of the incredible amount of power the US Government has seized through the excuse of protecting against Islamic terrorism, starting with the fake war on terror to begin with. The Patriot Act stripped key rights from the American people, such as the 4th amendment right of protection against unreasonable searches and seizures. This appalling act of hundreds of pages was sneakily passed through Congress when people had not even read it. Clearly, it was written in advance and the Government was just waiting for the “right crisis” to push it through.

Take a look at the Sydney cafe attack, another supposed Islamic terrorist attack. Right on cue just after the event, when the Australian public was scared and shocked, the Australian Government was trying to push through harsh legislation increasing its power to surveil, detain and imprison its “subjects”. Exactly the same thing will happen in France if the French people are not awake to it.

It’s a global agenda. The New World Order is mostly an Anglo-American-Israeli conglomerate which dictates the agenda to the nations it controls. The agenda normally gets unfurled in these nations first, one by one. The amount of freedom so many people have lost in so many countries, ever since the inception of the fraudulent war on terror, is staggering. It has paved the way for the creation of a global surveillance system where the State is allowed to know everything about you; it only has to use the catch cry of “national security” or “terrorism” to justify its invasions, and sometimes, not even that.

How have we allowed ourselves to be so deceived by one term (“terrorism”) which has overwritten and superseded years of common sense and hard work to build free societies?

The Purpose of the Demonization of Islam Abroad

The purpose of the demonization of Islam abroad, in the realm of geopolitics, is quite different. In this arena, it is all about fomenting conflict and war. In my article Timeline to WW3, I outlined how Russia was being provoked via Ukraine to possibly foment WW3 (World War 3), with the US, UK, Israel and allies on the one side, fighting against Russia, Iran, Syria and possibly even China on the other side. I mentioned how the Freemasonic Grandmaster Albert Pike had predicted a third world war, in which the forces of Zionism would be pitted against the forces of the Islamic World. The demonization of Islam is a public relations attempt to paint aspects of Islam is such a bad light that people would be willing to go to war – to kill – in order to destroy it. It’s a massive, global marketing ploy to conjure up enough hate and anger to sell a future war.

Naive Islamic fighters have been fooled into fighting what they think is “a holy war” by elite globalists for decades now. Take a lookout this video of arch-globalist and Obama handler Zbigniew Brzezinski manipulating the Islamic Mujahideen and telling them that “God is on your side” in their fight against the Russians (for US benefit). Brzezinski, by they way, is the very same guy who spends his time musing how it is now easier to kill a million people than to control a million people.

Something to Remember When the Media Conjures Up the Islamic Bogeyman

Whenever you hear references to Islamic terrorism in the media, bear these points in mind:

a. Most of the demonization of Islam is completely unjustified and unwarranted, since it is the cabal coordinating the false flag attacks (the Zionist segment of the NWO) who are also reporting on these very attacks through the mainstream media they own;

b. The Islamic terrorism that does truly exist, which is just a tiny fraction of what we are being told, is not representative of Islam as a whole. What about all the millions and millions of peaceful Muslims? Since when does the fundamentalist brand of religion (which preaches intolerance of non-believers and even aggression against them) represent its religion as a whole?

d. The mainstream media sells fear. It is always trying to concoct a new enemy for you to hate and fear. First it’s the Nazis, then the Ruskies, then the Commies in general, and now its the Muslims (but not “good” Muslims like Saudi Arabia who have lots of oil). But as soon as it becomes convenient for the agenda to partner with all Muslims, history will be rewritten and there will be a new enemy of the decade.

Don’t be fooled by pictures of some supposedly scary guy in a beard. The CIA trained Saddam Hussein and Osama Bin Laden; they were useful until they decided they didn’t want to comply with the agenda anymore. The CIA created Al-Qaeda (“The Database”). ISIS is created and funded by the US-UK-Israeli axis. The demonization of Islam is just another chapter in a long propaganda book. Time to see through it.

Previous Article
What do Prince Andrew and Bill Clinton Have in Common?
Next Article
Another Day, Another False Flag