and the US Government is sure preparing for the worst. Earlier this year, the DHS (Department of Homeland Security) bought 450,000 rounds of hollow-point bullets, the kind designed to use in combat, not training. Since the DHS is a domestic agency, the only conclusion to draw is that this ammunition is to be used against ordinary Americans. Why else would an agency that does not deal with international wars or affairs purchase such a large amount of bullets?
If you think that the US Government would never turn on (and kill) its own citizens, think again. History has shown us that government is the biggest killer in the world. There is even a term for it – democide – which means the murder of any person or people by a government, including genocide, politicide and mass murder. Democide surpassed war as the leading cause of non-natural death in the 20th century. That’s right: citizens are more likely to be killed by their own government than a foreign government. Some examples of democide are the Great Purges carried out by Stalin in the Soviet Union (where the Soviet Government killed at least 600,000 of its own people) and Mao’s Great Leap Forward (where the Chinese Government either caused or allowed around 30 million Chinese to die in a famine). It’s not just commoners who get “neutralized”: earlier this year the North Korean government murdered at least 30 of its own government officials!

The US Government is moving in that direction, having approved a plan to send 30,000 armed drones (unmanned aerial machines) into US skies. Morever, we know that Obama has a “kill list” of assassination targets which includes US citizens. Bypassing Congress through his dictatorial Executive Orders like Bush before him, the President now claims the authority to kill American citizens in foreign countries with these drones, and so far at least 3 have been killed in this way, not to mention innocent women and children in Pakistan and Yemen. Sad but true … we have slipped so far into tyranny that the office of US President now openly claims the right to do what up until now it only did in secret: to murder any US citizen it deems a “terrorist”, without charge, trial or due process. When the State can kill whomever it wants, wherever it wants, without consequence, how much more proof do you need that we are living in a dictatorship? 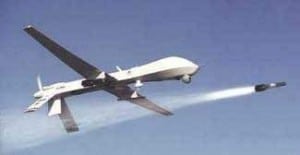 Humanity is living through challenging times, both here and abroad. The situation at Fukushima, Japan, is still highly precarious. Nuclear Reactor #4, containing thousands of exposed fuel rods, is on the verge of collapse. Mitsuhei Murata, Former Japanese Ambassador to Switzerland and Senegal, stated, “It is no exaggeration to say that the fate of Japan and the whole world depends on Reactor #4.” Japan is in a very seismologically active zone, and scientists say that there is a 70% chance of a magnitude 7.0 earthquake hitting Fukushima this year, and a 98% chance within the next 3 years. A quake of 7.0 or larger could cause the entire fuel pool structure to collapse, and the resulting nuclear fallout could literally, over the course of time, kill billions – not millions, but billions.

America is already being greatly affected. Radioactive cesium was recently found in the seafood chain off the west coast. To date, conservative estimates place the number of stillborn American babies following the Fukushima disaster at over 18,000. The soil in Tokyo is so contaminated with radiation it would be considered nuclear waste under U.S. regulations. Shockingly, the Japanese Government has even been talking with Russia and China about the possibility of evacuating the greater area of Tokyo – that’s 40 million people!

We are in a hidden nuclear war. Far worse than Chernobyl, the Fukushima catastrophe is truly a nuclear holocaust event with long-term consequences. Radiation greatly oxidizes and ages the body and can lead to cancer. Fortunately, there is something you can do to protect yourself: www.ToolsForFreedom.com has some amazing products and packages which both remove radiation from your body and help block any more radioactive particles from entering.

There is also trouble abroad in Europe with the fragile economic condition of the EU. There is widespread civil unrest in Greece. Shortages have already begun, unemployment is astronomical, and people, scared of not being paid, have taken to the streets, striking, rioting and looting. Like Greece, Spain is also in deep trouble; billions of euro have been rapidly pulled out of both countries. If the euro crashes, the dollar could also crash. What is happening on the streets of Athens could easily happen in America. Our entire system of fiat currency (paper money backed by nothing of real value) is inherently unstable, as are all the oil-powered distribution channels of food and other goods. It wouldn’t take much to disrupt our way of life, and the question remains – are you prepared?

We’ll discuss what it means to be prepared a little later, but first, consider this: the darkness which has infiltrated every aspect of our lives – from rigged elections to GM food to chemtrails – serves a purpose. What purpose, you may ask? What is the point of all this suffering? What good can come of it? The answer is simple: we need this darkness on some level, or we wouldn’t have created it.

You may feel outraged to read that we “need” the darkness.

You may feel certain that you, and everyone else you know, don’t need smart meters, drone killings and all-round tyranny. However, the truth is that we do need these things – to wake us up! Look around. Humanity is sleeping, big time. Humanity has sunk into a very low level of consciousness. The darkness is showing us how bad things can get if we don’t pay attention and thus serves a purpose by clearly reflecting our state of consciousness like a mirror, so we can see what we are doing.
Have you ever experienced a situation where you received a sharp “wake up call”, e.g. if you let an item get damaged, broken or lost under your watch? Have you ever not lived up to your responsibilities and received a lot of anger from those around you who were negatively affected by your actions? Individually, I would bet every one of us has gone unconscious (i.e. not paid full attention) for some period and has thus invited darkness into their life. Collectively, it is exactly the same; humanity has gone unconscious and not paid attention to who our leaders are, what they do, the falsehood of what they say, what laws they pass, and what secret societies and forces they have true allegiance to. The result: widespread darkness which we have co-created by not being fully aware and participatory in our society.

The amount of darkness we experience, individually or collectively, is inversely proportional to the level of consciousness we emanate.

And so, to return to the idea of preparedness, we don’t have to experience a “hard crash” if enough people wake up and increase their consciousness. The mere prediction or possibility of disaster may be enough of a wake up call to get people’s attention to change course. We could have a soft crash or soft landing where we transition into another currency or monetary system that better serves the whole. The Occupy Movement, despite the fact it’s been partially funded by billionaire insider George Soros, is a positive start. There are some Occupy protestors who understand why the Federal Reserve’s control of the money supply is choking us to death. However, other protestors are quite uninformed and naïve. If we get caught up in false dichotomies and tricked into thinking that the enemy of freedom is a particular political party, country or religion, we’re playing right into the hands of our oppressors, who are masters at using “divide-and-conquer” strategies to divert our attention.

We of the 99% need to fully unite against the 1% – the European royal bloodlines, the Bilderberg Group, the Council on Foreign Relations, the Trilateral Commission, the vaccine, drug and weapon sellers, the rogue military agencies, the international banking cartel, etc. who are truly running the world and are callously indifferent to the needs and suffering of the general population.

With all of the volatility the world is experiencing right now, it’s time to get prepared. Many of those who advocate preparedness – including the “preppers” – focus on the material level of non-perishable food, clean water, survival seeds and other essential supplies. While this is all crucial, it’s not the only kind of preparedness you need to consider.

Humankind needs to get mentally, emotionally and spiritually prepared. The deception has become so monstrous that we need to get informed and learn the truth – because those who don’t are going to have a rude awakening. We need to get comfortable with the idea that almost everything we read or hear from the mainstream media and politicians is one enormous lie. We need to trust that despite the darkness, truth is more powerful than deception and love is stronger than fear. Now is the time to educate yourself about the truth, so that when the house of cards does come crashing down, as it inevitably will, it will be no surprise to you and won’t leave you devastated and distraught. Instead, if you are sufficiently prepared on all levels, you will be able to relish that moment and enjoy the fact that tyranny has finally crumbled to make way for freedom, our natural birthright.

However, to get to that point, there is a lot of work to be done. It’s not going to just magically happen. It’s going to take a lot of people raising their consciousness, learning and spreading the truth, practicing civil disobedience and peaceful non-compliance, reclaiming centers of power (e.g. control of the money supply) and actively participating to create the society they want. We need to get prepared on all levels if we are to restore freedom to this country and the world. Now is the time to stand up, do whatever you feel deeply called to do (in your sphere of influence) and make a difference. It might just change the course of history.

Remember, the darkness serves to show us that we have lost our way. Let’s use it to get back on course. Things are getting pretty bad right now. And they may get even worse before enough people wake up and start to turn it around. Get prepared, get informed and let the possible dollar crash be your wake up call!