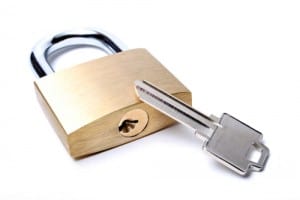 Cultural appropriation is the latest guilt trip in the world of political correctness, which seeks to control by defining what is okay to think, say and do.

in the deluded world of PC (political correctness), which seeks to control people by defining what is culturally acceptable to think, say and do. As I covered in the article Political Correctness = Language and Thought Control, political correctness is intolerance disguised as tolerance and fascism disguised as manners. It’s a form of soft control, a kind of cultural marxism that encourages people to police themselves, rather than relying on the more obvious hard control of governmentally enforced law, which people would more easily spot and against which they would more readily rebel. Cultural appropriation is a recent PC theme which accuses dominant groups of borrowing or “appropriating” cultural elements from minority or marginalized groups without “permission” and without the proper “love”, “respect” and “understanding” that is somehow required to do so. This begs the question, of course: who decides whether someone is appreciating or appropriating, and who decides whether someone has enough love, respect and understanding to do it? The answer is: the PC crowd, or the PC police, as this group may better be called.

Cultural Appropriation: Further Attempts at Control by the PC Police

The PC crowd is claiming they are standing up for the rights of the minority and the oppressed. Yet in doing so, they are doing the precise thing they are fighting against: oppression. Enforcing the made-up concept of cultural appropriation means criticizing and shaming people (often white people) for exercising their basic freedom to imitate, borrow, enhance, exchange and create. People are being attacked for wearing American Indian garb or a Japanese kimono; wearing their hair in dreadlocks; wearing Hindu bindis; and many other examples. Take a look at this video (embedded above) where a young black woman heckles a young white man for wearing his hair in dreads because dreads supposedly originate (solely) from her culture:

“You’re saying I can’t wear my hair style because of your culture?”

In this video Franchesca Ramsey tries to defend cultural appropriation by criticizing a fashion designer for taking Maori tribal tattoos and using them in ads to sell sunglasses. She states that these tattoos had deep family meaning and cultural significance. She says:

“In order to show that you truly love [someone else’s culture], you need to have respect and understanding.

“No matter how much the designer liked the look, he stripped the tattoo of all its cultural meaning just to sell a product. If you really appreciate something, you should respect it, instead of assuming you can use it however you want.”

“If you think you have the right to use any cultural tradition just ‘cuz, that’s where you get into oppressive territory.”

Lots of “needs”, “shoulds” and moral commands there. Oppressive territory? Really? The only one getting oppressed in the video above was the white guy who was being bullied for wearing his hair in a certain way. Cultural appropriation used in this way is another inversion, where the truth is the exact opposite of what is being stated or proposed.

“Say you’re invited to an Indian wedding, and you’re not Indian. Wearing a traditional sari or getting henna would be a great example of cultural exchange. You’re being invited to participate and enjoy the culture, instead of just picking and choosing parts of it for yourself.”

“You can also travel, take cooking classes, read books, listen to music and visit museums if you really want to learn about and enjoy other cultures.”

Wow! Thanks for giving us permission to read and travel to learn about other cultures. But remember: don’t pick and choose for yourself. That’s way too independent. You have to get explicitly invited by that culture, or else you’re disrespecting it!

The Unfounded Assumption Behind Cultural Appropriation

Cultural appropriation is based on the large and unfounded assumption that people from a particular culture will have a uniform way of responding to something. Some black people may think white people with dreads are cool; some may think they are lame; some may not care at all; and some may get offended. Even if the majority are offended, is this enough reason to start shaming people into certain behaviors? We’re back to exactly the same point as we are with the main issue of political correctness: is it better to value the right to free speech and expression, or to value people’s feelings of getting offended? These feelings, for the most part, are not of genuine pain or hurt, but rather a fake, egoic type that comes from identification with form, as Eckhart Tolle says. Since getting offended is a personal reaction to a situation, how can an outside authority of any kind ever set up a society where no one gets offended? It’s impossible. Meanwhile, everyone is being encouraged to walk around on eggshells (sheep policing themselves in the pen) in the meantime just in case somehow they will labeled racist, sexist, homophobic, anti-Semitic or whatever other label that the PC crowd will try to pin on them.

Who Owns a Culture?

Cultural appropriation is also based on the idea that you can easily define a culture and point to its owners. But can you? How can anyone really “own” their culture? Since the beginning of time, human cultures and societies have interacted and traded with each other, subconsciously and consciously borrowing from each other in order to create, diversify, enhance and improve. Look at food. The tomato is native to the Central and South America, but at one point it was “culturally appropriated” by Italy and is now a prime ingredient of Italian cuisine. Cilantro (coriander) and cinnamon are a big part of Mexican cuisine today, but they came from Arabia. The same is true with music, fashion, art and just about any other human endeavor you can think of. Any time an “owner” steps forth, chances are good that he or she got it from somewhere else first. Do we really want to curb or ban this flow and exchange of information and ideas because of political correctness? Can we even curb this flow?

Conclusion: Reject Cultural Appropriation and the Political Correctness Behind It

Looks like the PC police are setting themselves up to be the new cultural authority to tell us exactly what is acceptable and appropriate. We have enough people telling us how to think, feel and act. Be wary of cultural appropriation and any other kind of offshoot that stems from cultural marxism. Cultural appropriation reeks of social engineering. Be on the lookout for it. After all, who needs tyrants when you have political correctness?

Previous Article
The Synthetic Agenda: The Distorted Heart of the New World Order
Next Article
Why Mainstream Science is a Religion