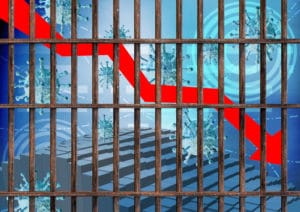 As they discover and understand each current COVID trend, hopefully people will recognize the overall scam being perpetrated upon them.

Here are 10 more COVID trends that have arisen,

following on from the article I wrote a month ago 10 Current Trends of Operation Coronavirus as of August 2021. The situation has become more intense, with the NWO (New World Order) cabal becoming increasingly desperate to stick the needle into the bloodstream of every single person on the planet by whatever means necessary – consent, decree or coercion – just as NWO frontman Bill Gates promised at the start of the scamdemic. Although we are 1.5 years into this operation, it feels like just the beginning of what will be a long battle of freedom vs tyranny, to be played out worldwide in every corner of the planet. Here are the latest patterns and COVID trends.

This has of course been a colossal issue right from the start. Sensible people have asked: “What happened to natural immunity? Did it suddenly vanish since the advent of COVID?” No authority figure has ever been able to give a satisfactory answer to that question, with some claiming that this is a “once in a hundred years” event to try to justify the blatant power grab. Dr. Anthony Fraud-ci in a recent CNN interview even admitted he didn’t have a firm answer as to why people should trust vaccine-acquired immunity over natural immunity. Vice even put out some blatant clickbait propaganda stating that “there’s no such thing as natural immunity—and even if you’ve been lucky thus far, Delta could change that.” In a stunning display of biological denial, their article further states that “experts emphasize that if you’ve made it this far without contracting the virus, it’s because you’ve been lucky—not because you’re invincible or have natural immunity, which doesn’t exist.” Meanwhile, a recent Israeli study found that natural immunity was way more likely to protect you against COVID than the COVID fake-vaccine; the vaccinated were 13 times more likely to develop an infection than the unvaccinated.

The theme of natural immunity is key because it busts the official narrative. It is their weak point. They have no argument against it. With the realization of this, the whole house of cards can come crashing down, because governments all this time have tried to justify their powers based on protecting people and protecting public health, when we have never wanted nor needed such protection.

COVID Trend #2: Replacement of Those Refusing the Vax with Immigrants

I have noticed this trend happening in the US, but it may be happening in other Western nations too. With widespread protest against coercive vaccine mandates, people are quitting their jobs (or allowing themselves to be fired) rather than submitting to the shot. This includes many people such as nurses, policemen, firemen and other first responders. In some cases, entire departments have quit leaving some organizations drastically understaffed. For those who refuse the vax and refuse to leave their job, guess what the tyrannical political class is now threatening? To replace them with foreigners or immigrants. ZeroHedge quotes the new fascist governor of New York:

“To those who won’t [get vaxxed], we’ll be replacing people. And I have a plan that’s going to be announced very shortly,” she said. “We’ve identified a whole range of opportunities we have to help supplement them.” Hochul said state officials were “working closely with various hospital systems to find out where we can get other individuals to come in and supplement places like nursing homes.” “We’re also reaching out to the Department of State to find out about visas for foreign workers, on a limited basis, to bring more nurses over here,” she said.”

This brings to mind the 1969 predictions of Dr. Richard Day (which I covered in my 2013 article New World Order Blueprint Revealed with Stunning and Shocking Accuracy) where he stated one of the NWO objectives was to displace people and encourage mass migration so as to dilute cultures, cut people off from their roots, destroy stability and create chaos.

COVID Trend #3: De-Licensing and Arresting Those Who Prescribe Ivermectin

I don’t know how many nations are doing this, but it’s already started in France. Dr Jean-Paul Théron was arrested by the gendarmerie (the French military police) for prescribing ivermectin to his COVID patients. The NWO have again shown their cruel hand in this move which reeks of desperation. This is yet another low in Operation Coronavirus as doctors who are actively helping people recover or heal are being targeted because they are not playing ball with the Big Pharma vaccine agenda.

Hat tip to Chris Menahan at Information Liberation for identifying this pattern. Numerous MSM outlets, such as CNN, the NYT, Forbes and USA Today, are warning and begging people to not do their own research. Why? The ostensible reason is because it may lead you down a rabbit hole of misinformation. The real reason is because they want to reinforce a dull, unquestioning and obedient public and keep them in a hypnotic suggestible trance, too afraid to think for themselves and come to their own conclusions.

Hey you! Stop doing your own research! It’s bad for you! 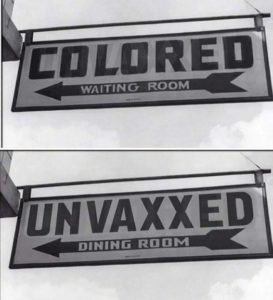 This one is such a clear and obvious trend that it hardly bears pointing out. Everywhere we turn, pressure is exerted upon the unvaccinated to cave in and comply. Unlawful threats of employment termination, travel bans, restaurant bans and more are being hurled at the dirty, selfish “vaccine hesitant”, in blatant disregard for long-established legal precedents which forbid segregation and discrimination. Amazingly, there are some people so fast asleep they can’t even see this point. It still remains to be seen whether tyrants like Victorian Premier Dan Andrews will be able to get away with implementing a “vaccinated economy.”

One of the principal and hypnotic mantras of the official narrative has been trust the science, trust the science, trust the science. But what science exactly? The fake science that will say whatever it has to in order to push the agenda? Real science would carefully track and record vaccine reactions for analysis. Real science would carefully run rigorous safety trials for years before rushing a product to market. Whistleblower after whistleblower is coming forward to say that there is massive under-reporting going on so that the millions of COVID vax injuries and deaths in the US alone are not reported to databases like VAERS. This is a genocide in the making.

COVID Trend #7: Attitude of “Rules For Thee But Not For Me” Comes Out into the Open

Throughout the entire COVID scamdemic, countless misleaders have been caught breaking their own stupid rules, whether it’s about masks, event/gathering limits or travel restrictions. The entire point of all these rules has been to acclimatize the masses to NWO tyranny, not for everyone to follow the mandates. It has always been the case throughout history that a true test of a society’s corruption is if there is a situation where there are one set of rules for the rulers, and another set of rules for the ruled. Take a look at 2 recent US events – the Met Gala in New York and the Emmys in Los Angeles. In both cases, the famous celebrities walked around maskless while the serfs in attendance (waiters, servants, photographers, etc.) were forced to wear masks. The pictures of the events are truly symbolic and reveal the hideous agenda for what it is. The NWO controllers and their favored lackeys were never meant to permanently wear masks (aside from during their Satanic rituals) – that’s only for the slave class who is very much meant to permanently wear masks.

COVID Trend #8: Police Must Now Honestly Ask Themselves: What Do I Do if Following Orders Comes Into Conflict with Doing What’s Right?

The Nuremburg Trials made famous the classic excuses of “I’m just following orders” and “I’m just doing my job.” Nowadays, these lines are instantly recognizable as a key way through which the rank-and-file members of a hierarchy attempt to defer and escape responsibility. The Nuremburg Courts, though imperfect, rejected that argument because in the end, if you hurt and kill someone, or deprive them of their rights, you can’t avoid ultimate responsibility for your actions, even if some president, prime minister, chancellor, fuehrer, governor, premier, sheikh or viceroy told you to. That doesn’t remove your culpability.

The following exchange between an Aussie cop and a protestor in Melbourne, Australia is very significant. While the cop didn’t defect and join the ranks of the protestors, he did admit that he believed in their cause and that he was only policing the lockdown for money. You can look at this cop as a coward for not quitting his job and doing what he believed in, and ultimately, if we are to end the scamdemic, many cops will need to do that, however it does show that the NWO manipulators are losing control over the narrative. They would much prefer to have their enforcers believe they are doing the right thing terrorizing people, rather than only doing it for a pay check, because sooner or later, that may cease to be sufficient motivation for people.

I will end this list with 2 positive trends. People are waking up all over the word and refusing to go along with the nonsense. In France and Switzerland, for example, people have been getting creative in sidestepping vaccine certificate requirements by setting up tables and picnic blankets outside buildings, in the streets, so they can still eat out without producing their “papers, please.”

Lastly, I pose this last trend as a question: has a full scale resistance and rebellion begun? The scenes from the last few days in Melbourne are mind-blowing, with people gathering en masse to walk on and shut down major highways, as well as to endure rubber bullets being fired at them. It is surreal to watch the place descend into chaos and tyranny, and simultaneously heartening to watch people finally unite, stand up and do something in the face of the disgusting amount of oppression that has been dished out to them in the last 18 months. Many eyes are on Melbourne right now.

Let’s hope the people there, and everywhere, continue to find their inner fire, sense of self-respect and knowledge of their inherent rights, and act from that place of power.

Previous Article
Welcome to the CO2 Monitoring Credit Card that Cuts You Off at Your Carbon Max
Next Article
COVID Vax Creatures: Live, Self-Aware Critters Found Under Microscope