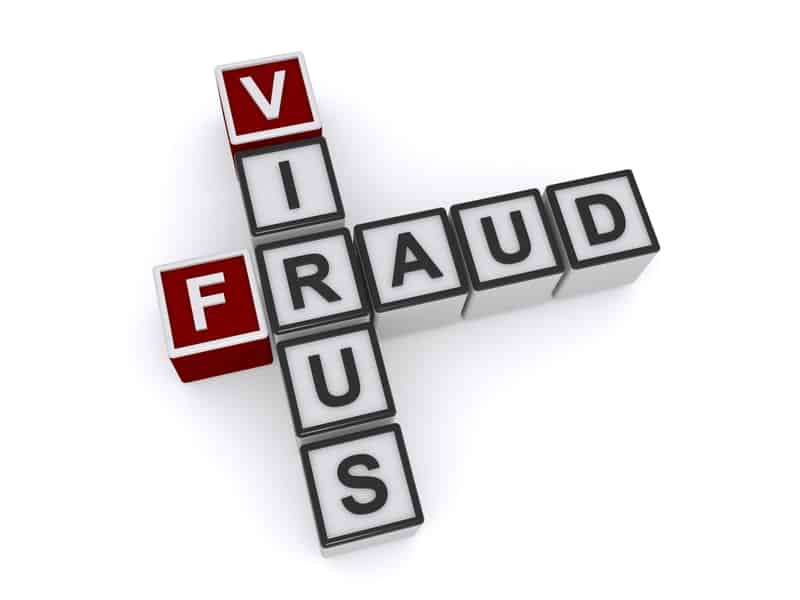 In a June 2020 study, CDC scientists made 2 COVID admissions which destroy the official coronavirus narrative.

CDC (Center for Disease Control) scientists made some COVID admissions

that totally destroy the official COVID narrative in a study published in June 2020 entitled Severe Acute Respiratory Syndrome Coronavirus 2 from Patient with Coronavirus Disease, United States. The interesting thing about this whole scamdemic is that when you dig deep enough, the truth is out there – and it is admitted by official sources – however it does take a lot of persistence to cut through the propagandistic maze of disinfo. In this article, we’re going to take a look at the significance of what the CDC scientists revealed, namely that for their research involving the allegedly new virus SARS-CoV-2, they only used 37 base pairs from actual sample tissue and filled in the rest (around 30,000 base pairs) with computer generated sequences, i.e. they made it up! The other of the COVID admissions is equally as stunning: after testing they found that SARS-CoV-2 could not infect human tissue.

In a previous article, I talked about how SARS-CoV-2 is a stitched-together, Frankenstein virus, because it is a computer-generated, digital, abstract creation, not a real living virus. It has never been properly purified and isolated so that it could be sequenced from end-to-end once derived from living tissue; instead, it’s just digitally assembled from a computer viral database. The CDC scientists state they took just 37 base pairs from a genome of 30,000 base pairs! That means that about 0.001% of the viral sequence is derived from actual living samples or real bodily tissue. Here is the quote:

We designed 37 pairs of nested PCRs spanning the genome on the basis of the coronavirus reference sequence (GenBank accession no. NC045512). We extracted nucleic acid from isolates and amplified by using the 37 individual nested PCRs.”

Interestingly enough, in the next paragraph, the CDC scientists say they used “quantitative PCR” for further analysis/construction, which goes against what Kary Mullis, the inventor of PCR, once said – namely that “quantitative PCR is an oxymoron” since PCR is inherently a qualitative technique not a quantitative one. I have covered how badly the PCR test is being misused throughout this entire COVID scamdemic in other articles such as this one. In his article Only Poisoned Monkey Kidney Cells ‘Grew’ the ‘Virus’ Dr. Thomas Cowan highlights this scientific fraud:

“… we find that rather than having isolated the virus and sequencing the genome from end to end, they found 37 base pairs from unpurified samples using PCR probes. This means they actually looked at 37 out of the approximately 30,000 of the base pairs that are claimed to be the genome of the intact virus. They then took these 37 segments and put them into a computer program, which filled in the rest of the base pairs.

To me, this computer-generation step constitutes scientific fraud. Here is an equivalency: A group of researchers claim to have found a unicorn because they found a piece of a hoof, a hair from a tail, and a snippet of a horn. They then add that information into a computer and program it to re-create the unicorn, and they then claim this computer re-creation is the real unicorn. Of course, they had never actually seen a unicorn so could not possibly have examined its genetic makeup to compare their samples with the actual unicorn’s hair, hooves and horn.”

Pure or true science attempts to prove whether something is so; hence true science has no room for politics, majority rules or consensus. Yet, according to Cowan, consensus was used to determine which digital SARS-CoV-2 model was the most real fake model:

“The researchers claim they decided which is the real genome of SARS-CoV-2 by “consensus,” sort of like a vote. Again, different computer programs will come up with different versions of the imaginary “unicorn,” so they come together as a group and decide which is the real imaginary unicorn.”

A big part of the official story we were told was that COVID was a new, dangerous and unpredictable disease that was both fast-spreading and lethal. Well, it’s apparently not very lethal since the CDC scientists found that it couldn’t even infect human cells in vitro. They tested the ‘virus’ (not really, but solutions they claim contain samples of SARS-CoV-2) on 3 different types of human tissue cultures (human adenocarcinoma cells [A549], human liver cells [HUH 7.0] and human embryonic kidney cells [HEK-293T]). The ‘virus’ was not able to infect any of the 3 human tissue cultures. Here’s the quote:

“… we examined the capacity of SARS-CoV-2 to infect and replicate in several common primate and human cell lines, including human adenocarcinoma cells (A549), human liver cells (HUH7.0), and human embryonic kidney cells (HEK-293T), in addition to Vero E6 and Vero CCL81 cells. We also examined an available big brown bat kidney cell line (EFK3B) for SARS-CoV-2 replication capacity. Each cell line was inoculated at high multiplicity of infection and examined 24 h postinfection … No CPE was observed in any of the cell lines except in Vero cells, which grew to >107 PFU at 24 h postinfection. In contrast, HUH7.0 and 293T cells showed only modest viral replication, and A549 cells were incompatible with SARS-CoV-2 infection. These results are consistent with previous susceptibility findings for SARS-CoV and suggest other common culture systems, including MDCK, HeLa, HEP-2, MRC-5 cells, and embryonated eggs, are unlikely to support SARS-CoV-2 replication. In addition, SARS-CoV-2 did not replicate in bat EFK3B cells, which are susceptible to MERS-CoV. Together, the results indicate that SARS-CoV-2 maintains a similar profile to SARS-CoV in terms of susceptible cell lines.”

CPE stands for cytopathic effect or cytopathogenic effect and refers to structural changes in cells caused by viral invasion. No CPE was found in any of the human tissue cells, but only in the vero cells (animal cells, in this case monkey cells). The key takeaway from the above quote is that 2 cultures had only modest viral replication, the other tissue had none, and that other common human cultures are “unlikely to support SARS-CoV-2 replication” meaning SARS-CoV-2 will not infect them! So, even by the rules of their own game, SARS-CoV-2 is not an infectious agent for humans. Here’s Dr. Cowan’s analysis:

“What does this language actually mean, and why is it the most shocking statement of all from the virology community?  When virologists attempt to prove infection, they have three possible “hosts” or models on which they can test. The first is humans. Exposure to humans is generally not done for ethical reasons and has never been done with SARS-CoV-2 or any coronavirus.  The second possible host is animals. Forgetting for a moment that they never actually use purified virus when exposing animals, they do use solutions that they claim contain the virus. Exposure to animals has been done once with SARS-CoV-2, in an experiment that used mice. The researchers found that none of the wild (normal) mice got sick. In a group of genetically modified mice, a statistically insignificant number lost some fur. They experienced nothing like the illness called Covid 19.

The third method virologists use to prove infection and pathogenicity — the method they most rely on — is inoculation of solutions they say contain the virus onto a variety of tissue cultures. As I have pointed out many times, such inoculation has never been shown to kill (lyse) the tissue, unless the tissue is first starved and poisoned.

The shocking thing about the above quote is that using their own methods, the virologists found that solutions containing SARS-CoV-2 — even in high amounts — were NOT, I repeat NOT, infective to any of the three human tissue cultures they tested. In plain English, this means they proved, on their terms, that this “new coronavirus” is not infectious to human beings. It is ONLY infective to monkey kidney cells, and only then when you add two potent drugs (gentamicin and amphotericin), known to be toxic to kidneys, to the mix.

My friends, read this again and again. These virologists, published by the CDC, performed a clear proof, on their terms, showing that the SARS-CoV-2 virus is harmless to human beings. That is the only possible conclusion, but, unfortunately, this result is not even mentioned in their conclusion.”

These 2 COVID Admissions Sink the Official Narrative Even More

So there you have it: more scientific fraud in the form of these 2 COVID admissions, and yet more evidence showing there is no real virus, and whatever the ‘virus’ is, it certainly not anything to be worried about if you are a human – which I guess you probably are if you’re reading this. These COVID admissions go to show that the truth is often hidden in plain sight, and that people in positions of power must always be carefully scrutinized. We must apply critical thinking to everything that comes from official sources.

Hat tip to Sally Fallon Morrell and Dr. Thomas Cowan of the Weston A. Price Foundation.

Makia Freeman is the editor of alternative media / independent news site The Freedom Articles, author of the book Cancer: The Lies, the Truth and the Solutions and senior researcher at ToolsForFreedom.com. Makia is on Steemit and Parler.

Previous Article
16 Glaring Parallels Between the 9/11 and COVID Ops
Next Article
COVID Vaccine Trials: Rigged Benchmarks and Horrible Side Effects