COVID-19 and the Rockefeller Pandemic

COVID-19 and the Rockefeller Pandemic 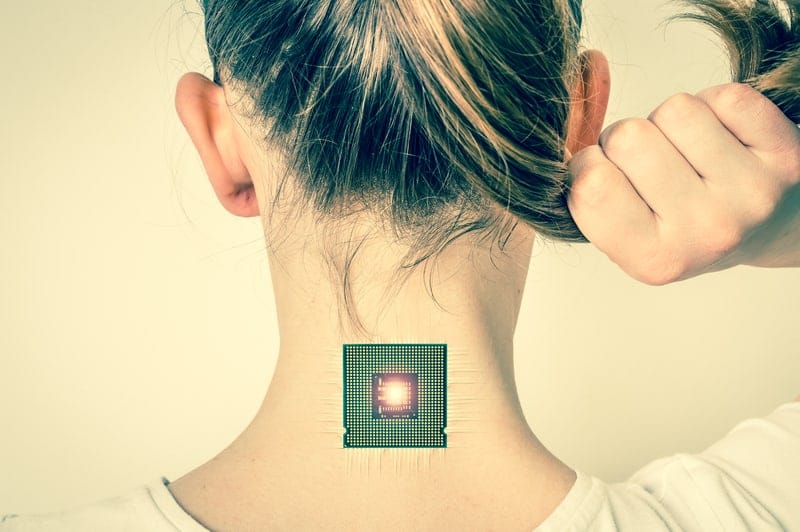 COVID-19 & the Rockefeller Pandemic: in just a few weeks, the rulers have created mass unemployment, advanced surveillance & locked down society over a flu.

In many ways, the Rockefeller Pandemic could be

a good name for COVID-19. Back in 2007, film director Aaron Russo said during an interview with Alex Jones he was told by Nicholas Rockefeller the ruling elite planned to microchip every human on the planet. Rockefeller had tried to recruit Russo, who made a name for himself producing the popular Hollywood films Trading Places and The Rose, and later the documentary Freedom to Fascism.

Russo describes the ruling elite plan for total control of humanity in the following clip.

Following the introduction of the coronavirus—or what we are told is a virus—and weeks of nonstop media hype and horror film level theatrics that have produced mindless hysteria on the part of the public and demands the government do something to stop the alleged spread of a “novel” virus, the concept of an “immunity passport” was introduced by billionaire “philanthropist” Bill Gates, the COVID Credentials Initiative, and others.

“The tech world agrees on the need for some kind of digital certificate,” Coindesk reported on April 13. “Self-sovereign identity mavens were buoyed by former Microsoft boss Bill Gates asking for digital test certificates during a Reddit AMA last month: ‘Eventually we will have some digital certificates to show who has recovered or been tested recently or when we have a vaccine who has received it,’ said Gates.”

It is speculated this “certificate” will first entail the use of a “Quantum Dot” tattoo developed by MIT and Rice University. The concept of an invisible marker was announced prior to the COVID-19 “pandemic.” This technology would be administered with a vaccine and “embedded in the skin alongside the vaccine itself” and would “only [be] visible using a special smartphone camera app and filter,” according to ScienceAlert.

The Bill and Melinda Gates Foundation funded the team’s research, which was published in the journal Science Translational Medicine on Wednesday.

According to a Scientific American story, the project came about following a direct request from Microsoft founder Bill Gates himself, who has been personally involved in efforts to eradicate polio and measles through vaccinations.

Gates and Microsoft are behind a parallel marker project, ID2020. It is underwritten in part by the Rockefeller Foundation.

“The United Nations’ WHO is part of this ID2020,” writes Martin Armstrong. “Scaring the world and making people feel unsafe unless they are certified not to have this coronavirus just may be part of the plot behind the curtain. I hate conspiracy theories, but this is in the open. The health industry is destroying the world economy and making people feel unsafe. Unemployment is skyrocketing as people lose their jobs and will be then conditioned that if they have been certified, then and only then will they be safe to return to the workforce.”

Following weeks of forced lockdown, the destruction of the economy, mass unemployment, and the probability of food shortages and the potential of civil unrest, millions of people will undoubtedly accept the idea of a “holistic and market-based approach” to implementing a “good national ID” to “prove who you are,” especially if compliance and digital identification by the state will be the only way to reenter society, return to work, stay in your home, and feed your family.

Beyond the proposal of an invisible marker inserted below the skin upon mandatory vaccination, we so far have little idea how a humanity-wide ID scheme will be implemented. It may be an app installed on mobile phones or something more nefarious.

“Another hypothesis, at this point only a hypothesis, but a realistic one, is that along with the vaccination—if not with this one, then possibly with a later one, a nano-chip may be injected, unknown to the person being vaccinated,” writes Peter Koenig.

The chip may be remotely charged with all your personal data, including bank accounts—digital money. Yes, digital money that’s what “they” are aiming at, so you really have no control any more over your health and other intimate data, but also over your earnings and spending. Your money could be blocked, or taken away—as a ‘sanction’ for misbehavior, for swimming against the stream. You may become a mere slave of the masters. Comparatively, feudalism may appear like a walk in the park.

This is exactly what Nicholas Rockefeller told Aaron Russo was in development in order to control humanity. Although a microchip control device may be introduced under a number of emergency measures, the most effective pretense is that of an invisible viral enemy.

In 2010, just such a scenario was envisioned by the Rockefeller Foundation and the Global Business Network. Scenarios for the Future of Technology and International Development purports to address “a process of creating narratives about the future based on factors likely to affect a particular set of challenges and opportunities” and “the role of technology and the future of globalization.”

On page 18 of the document linked above, the authors envision a “pandemic that the world had been anticipating for years.”

Even the most pandemic-prepared nations were quickly overwhelmed when the virus streaked around the world, infecting nearly 20 percent of the global population and killing 8 million in just seven months, the majority of them healthy young adults. The pandemic also had a deadly effect on economies: international mobility of both people and goods screeched to a halt, debilitating industries like tourism and breaking global supply chains. Even locally, normally bustling shops and office buildings sat empty for months, devoid of both employees and customers.

This “scenario” is eerily predictive of the COVID-19 “pandemic” now underway. The Rockefeller narrative envisions a strong response from China. “The Chinese government’s quick imposition and enforcement of mandatory quarantine for all citizens, as well as its instant and near-hermetic sealing off of all borders, saved millions of lives, stopping the spread of the virus far earlier than in other countries and enabling a swifter postpandemic recovery,” the narrative concludes.

In the past, the Rockefeller and associated tax-exempt foundations used war to force economic, political, and societal change (see Rothbard: Rockefeller, Morgan, and War, chapter 8 of his book Wall Street, Banks, and American Foreign Policy).

The promotion and exploitation of war by the ruling and financial elite were highlighted by the research of Norman Dodd, the chief investigator in 1953 for Congressman B. Carroll Reece and his Special Committee on Tax Exempt Foundations, also known as the Reece Committee.

In 1982, shortly before his death, Dodd revealed during an interview with G. Edward Griffin how the elite considered war a primary driving force for the control of humanity and centralization of government.

Mr. Dodd makes his remarks on elite foundations and the unconstitutional manipulation of government, the people, and education beginning at 25 minutes and 37 seconds in the following video.

The COVID-19 op and the irrational fear it has produced are far superior to the expensive and destructive process of war in reformatting societies and gaining public consensus for authoritarian measures of control and manipulation.

It is remarkable that, over the period of several weeks, the ruling elite pulled off a financial collapse that is methodically destroying small and medium-sized business, generating record-breaking unemployment, throwing millions of citizens into poverty overnight, while advancing surveillance technology and society-wide control measures accepted to a large degree by victims afraid of a vastly exaggerated seasonal influenza.

Previous Article
Rolling Out The Architecture Of Oppression Because They Fear The People
Next Article
It’s Time to End the Lockdown – NOW!