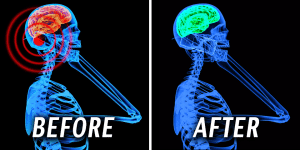 The cell phone cancer link has taken a major step from being a theory to becoming a provable fact,

as the Italian Supreme Court recently ruled in favor of (and awarded compensation to) a man who successfully alleged that the growth of a benign tumor in his face was due to his long-term use of mobile phones – both cell phones and landline cordless phones. The man, ironically named Innocente Marcolini, had been innocently (or naively) using cell and cordless phones for around 5-6 hours a day for 12 years. Those familiar with the dangers of wireless technology and electromagnetic frequency (EMF) pollution will know that such long-term cell phone use is asking for trouble, but sadly, many people are grossly uninformed about the seriousness of the threat, or lulled into a false sense of security by the blatant lies and deceptive propaganda of the wireless industry.

The wireless industry has cunningly convinced politicians and governments worldwide to only accept the SAR (Specific Absorption Rate) as the measure of a cell phone’s radiation and ability to cause damage. By narrowing the debate and measure to the thermal SAR standard, the industry put the focus on measuring heat, not stress and other factors. However, as the evidence is beginning to show, you can easily develop tumors and cancer even if your cell phone has a low SAR measurement or heat output. The development of cancer is not dependent on heat. Clearly, since Marcolini’s case is not an isolated one, it is critical to understand that long-term cell phone use will put you at risk.

The cell phone cancer connection is only going to become more widely known and legally established as time goes by. The question is: how many cases of cancer and fatality will occur before enough people stand up and demand stronger laws – or that wireless technology be banned altogether until it can be proven safe? Another important question to ponder in the light of the global conspiracy is this: why was such dangerous technology ever allowed to the marketplace in the first place, without research being done to definitively prove its absolute safety? As it stands, we are now guinea pigs swimming in a sea of dangerous electromagnetic radiation. Cell phones are everywhere. Cell phone cancer will almost definitely become more widespread as the years go by, as the cumulative effects of mobile phone radiation begin to take their toll on people’s bodies.

Interestingly enough, this is not the first time that Italian courts have led the way when it comes to exposing the truth and siding with the people against giant corporations. An Italian court also recently found in favor of the notion that vaccines cause autism – an astounding verdict, not because it isn’t true, but rather because Big Pharma has managed to bribe the lawmakers in most countries to grant them legal immunity from being sued by people who get injured or killed by taking their toxic vaccines.

The cell phone cancer link is a very real threat, but there are some solutions and ways to protect yourself against the radiation (and EMF pollution in general), such as using radiation protective supplements and using filters and transformers to eliminate or modify the radiation. If you can’t eliminate your cell phone, at least reduce your air time by using a corded landline phone whenever possible. Cancer is not worth the convenience!

Previous Article
16th Amendment Income Tax Fraud: Evidence Shows it Was Never Ratified!
Next Article
Why Join the Military? Listen to This Advice