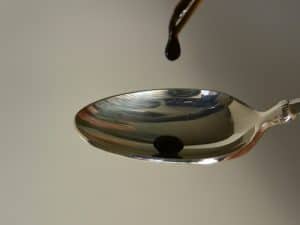 The DEA may be trying to implement a CBD ban with a new rule to reclassify non-THC cannabis oil as a schedule 1 drug. But do they have the legal authority?

A CBD ban appears to have been put in place

by the DEA (Drug Enforcement Administration), an agency of the US Government. Two days ago on their website, they posted a notice that they had made a “new rule“, effective Dec. 14th 2016, to classify “marihuana” (their antiquated spelling, not mine) as a schedule 1 drug. What this means is that CBD (cannabidiol) extracts which have trace amounts of, or absolutely no THC, and are therefore non-psychoactive, are now reclassified to be on par with psychoactive or THC-containing cannabis, heroin, LSD and peyote. This latest stunt by the DEA is sure to be met with fierce resistance by a legion of Americans who are well aware of the health benefits of the cannabis plant. Legally speaking, the move is also highly dubious in nature, given that the DEA is by definition part of the executive branch of government (tasked with carrying out laws and enforcing them), not the legislative branch of government (tasked with making laws). Does this new rule carry legal weight? Will it amount to a CBD ban?

The timing of this move is interesting, given how recently the DEA tried to reschedule another substance: kratom. It was only around 5 months ago that the DEA tried to reclassify kratom by attempting to place it in the dreaded schedule 1 category. A determined number of Americans fought back and the DEA decided to drop the matter. Some have speculated that the reason may have been to help the DEA’s favorite client, Big Pharma:

“The DEA’s recent statement on kratom underlines the extreme lengths to which they will go to continue to assert that they are in the right, even if only to themselves. The agency filed a notice of intent declaring that they would “temporarily schedule the opioids mitragynine and 7-hydroxymitragynine, which are the main active constituents of the plant kratom, into schedule I pursuant to the temporary scheduling provisions of the Controlled Substances Act.” The notice then explained, “This action is based on a finding by the Administrator that the placement of these opioids into schedule I of the Controlled Substances Act is necessary to avoid an imminent hazard to the public safety.”

As is typical of bureaucratic agencies, the notice of intent continued in a similar fashion with its convoluted explanation.

If these compounds are so dangerous, why on earth would Big Pharma be synthesizing them to make medicine? It just doesn’t seem to add up, but the federal agency continues to go along with their story of supposed danger to society, hoping we’ll all fall for it. It really tells you all you need to know about the DEA and their relationship with Big Pharma though, doesn’t it?”

In other words, the DEA, like the FDA, are allowing Big Pharma to pursue its business model of biopiracy, i.e. find a plant or something from Nature, study its constituents, learn how to extract them, steal them, modify them and patent them, and then destroy people’s ability to get the original. It’s the synthetic agenda.

Text of the New Rule Regarding CBD from the DEA

Here’s the text of the new rule:

After careful consideration of all comments, the DEA is hereby amending 21 CFR 1308.11(d) to include a new subparagraph (58) which creates a new code number in Schedule I as follows:

“Meaning an extract containing one or more cannabinoids that has been derived from any plant of the genus Cannabis, other than the separated resin (whether crude or purified) obtained from the plant.”

What is the Legality of the New DEA Rule? What are the Chances it Will Result in a CBD Ban?

“The Wednesday decision states that according to the DEA, CBD oil, and any cannabis extract falls under code 7350, a new federal code, and thus carries Schedule 1 status. The ruling is not a change in federal law, but rather a clarification of existing statutes. CBD oil manufacturers have long operated under the theory that since their product was produced from hemp, which contains a lower amount of THC than is illegal under federal guidelines, they were in legal territory at the federal level. The DEA CBD oil decision removes the ambiguity and places CBD firmly under Schedule 1.

The announcement means that CBD oil manufacturers and distributes will have to update their registrations to the new code 7350 by January 13 in the states in which it is legal to produce. It will be illegal to transport the substance over state lines, and the long-term consequences for the CBD oil industry, as well as patients who use it, is unclear.”

However, the Forium Legal Counsel believes the DEA is blowing hot air and acting totally outside of its jurisdiction, urging CBD businesses and consumers not to panic:

“Regarding the legal status of CBD derived from industrial hemp: The 2014 US Farm Bill was an act of congress signed by the president and that is the highest law of the land. The DEA cannot make law and try to redefine a law passed by the US Congress which defined industrial hemp in section 7606 as “Any cannabis sativa L that produces naturally less than .3% THC on a dry weight basis.”

Furthermore, the DEA is not allowed to interfere with a legal state licensed cannabis business – there is very recent case law that set precedent for this in the 9th circuit.  See here: http://www.reuters.com/article/us-usa-ruling-marijuana-idUSKCN10R1YN

Lastly, the DEA was purposely de-funded by the US Congress last year (and is poised to do the same for this year:
(http://archives.sfweekly.com/thesnitch/2015/12/16/congress-set-to-ban-feds-from-enforcing-cannabis-laws-again) from pursuing any enforcement of their archaic interpretation of the Controlled Substances Act (CSA) in legal states.”

This strange new DEA rule is going against the tide of the recent movement to legalize marijuana or cannabis, as was evidenced in the recent November 2016 elections where California, Maine, Massachusetts and other states voted to make it recreationally or medically legal. You can be sure that many cannabis lawyers, businesses and consumers are going to do their utmost to stop governmental overreach and prevent a CBD ban from occurring.