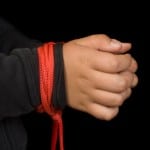 The new Catholic Church child abuse law forbids child rape and trafficking, but also forbids anyone in the Church talking about it publicly.

were handed down by Pope Francis on July 11, 2013. But was this real reform, or another gagging order? The new Vatican legislation clarified and expounded upon some existing sex abuse laws, specifically criminalizing the sale of children (child trafficking), child prostitution, recruiting children, sexual violence, sexual acts with children (pedophilia) and the production and possession of child pornography. While we at Tools For Freedom applaud this and believe this is a step in the right direction, there is one major issue with the new laws: secrecy. The laws reinforced that Catholic Church child abuse is not permitted to be reported publicly, with the punishment for breaking this being the offender thrown into a Vatican jail or excommunicated.

Are the new laws more of the same: a gagging order?

As Kevin Annett describes in the video above, the new laws basically outlawed 3 things: child rape, child trafficking and leaks of information. In this way, the new laws reinforced an old Vatican policy known in Latin as Crimen Sollicitationis. It was issued in March 1962 by the Holy Office (which is now the Congregation for the Doctrine of the Faith), and was meant to be kept a secret policy within the Church; unlike most church legislation, Crimen Sollicitationis was never published in the official Vatican bulletin Acta Apostolicae Sedis. According to the Catholic Reporter, the document stipulates that such cases are covered by the “secret of the Holy Office,” today known as pontifical secrecy, the strictest form of secrecy in church law. Excommunication was prescribed for anyone who violated this secrecy.

Here’s the problem: I can understand the Pope’s (and Catholic hierarchy’s) desire to deal with Catholic Church child abuse cases internally, away from the prying eyes of the media and public. But can they really be trusted? After centuries of child abuse spanning the globe, in countries diverse as Canada, Spain, Australia, Ireland, the United States and Cuba just to mention a few, how can we have any confidence the Vatican could deal with this and protect future victims? Remember, the Catholic Church is an organization that has been provably caught in child trafficking, genocide of native populations and most probably assassinations of its own leaders (Pope John Paul I). They have absolutely shattered any trust outsiders may have about their moral uprightness.

Pope Francis is telling every Catholic in the world to break the laws of their own country and give aid and comfort to child rapists. That’s not simply a grossly immoral act but a war crime, since he’s attacking the laws and sovereignty of other nations, and threatening the safety of their people

– George Dufort, Secretary of the International Common Law Court of Justice (which successfully prosecuted former Pope Benedict and other Vatican officials in February 2013)

Pedophilia is a serious breach of the law, and the ethical values of an overwhelmingly large majority of the planet. I don’t see why a moral Catholic priest or Church member should refrain from reporting an obvious crime to a nation’s authorities just to protect the Church’s reputation. What’s more important, eradicating pedophilia and child trafficking, or engaging in more hiding of Catholic Church child abuse and saving face for the Church?