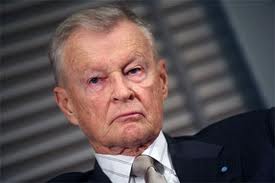 NWO elitist Brzezinski laments that in the past it was easier to control the masses than kill them, but it’s now easier to kill than control. That’s tough, Zbigniew; I’m so sorry we’re harder to control now …

put the matter rather bluntly by asserting that it was now harder to control, but easier to kill, a million people. Specifically, he said that “new and old powers face” an unprecedented situation; the “lethality of their power is greater than ever”, but, sadly for the NWO globalists, their “capacity to impose control over the politically awakened masses of the world is at a historical low.” Humanity’s consciousness is rising. People are starting to get wise to the deception. The masses are resisting, not complying and fighting back, and this is exactly the kind of behavior that will make it difficult for the Controllers to implement their NWO agenda of a One World Government, backed by a one world currency and army, with a fully microchipped population.

In a world full of incredible darkness and corruption, this is something to be optimistic about. We the People have become aware enough that we are starting to end our slavery and escape being controlled and mastered. May the journey towards fuller awareness continue. The human spirit of strength and love will ultimately prevail; but in the meantime there’s a lot of work to be done.