Bilderberg 2013 Publicity Greater Than Ever Before

Bilderberg 2013 Publicity Greater Than Ever Before 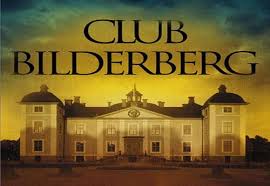 Bilderberg 2013 publicity was greater than ever before, as the public awakens to the fact the Bilderberg Group is the inner circle of the global conspiracy.

Bilderberg 2013 publicity was off the charts!

The ultra-secretive Bilderberg Group just conducted their 2013 meeting in Watford, England. The Bilderberg Group was founded in 1954 at the Bilderberg Hotel in the Netherlands and has become a symbol of the global conspiracy we face. Although there are many groups, committees and secret societies above the level of presidents and prime ministers (including the CFR [Council on Foreign Relations), the Club of Rome, the Trilateral Commission, the RIIA [Royal Institute of International Affairs]), it seems none are higher than the Bilderbergers. They constitute the inner circle, the circle within the circle within the circle, from which directives and commands spring forth, altering the course of economies, politics and nations across the world.

Bilderberg 2013 publicity was massive, indicative of an awakening public

The publicity surrounding the 2013 meeting of the Bilderberg Group in Watford, England, was unprecedented. No longer is this an issue for just conspiracy researchers or the Truth Movement; this is now an issue for the mainstream media too, including BBC, AP (Associated Press) and more. There were hundreds if not thousands of protestors there, and alternative research icons David Icke and Alex Jones gave speeches outside the gates of the Grove Hotel where the New World Order Bilderberg megalomaniacs were planning their global domination.

Ultimately the Bilderberg 2013 publicity is indicative of an awakening public. People are starting to realize that someone or some group is orchestrating all of this. Things are getting harder and harder every year with inflation and new taxes and it is becoming more difficult to get ahead or even stay afloat. It’s like a pressure cooker; every year the elite NWO cabal is tightening the screws, gradually yet noticeably.

It’s time to get together and unite to stop these wealthy psychopaths from destroying us and the planet in their lust for money and power. We need to band together; otherwise, they will pick us off, group by group, if we allow them to divide us.

If you want to learn the facts about the Bilderberg Group and its history, the best book around is by reporter Daniel Estulin, who spent years tracking the members down and finding insiders who would speak about what went on: 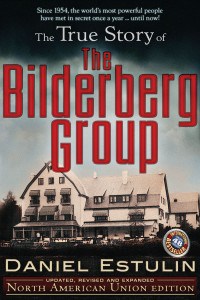 As Bilderberg 2013 publicity skyrockets, The Bilderberg Group is a fascinating story of the history of this elite, sinister group and important knowledge for any truth researcher.