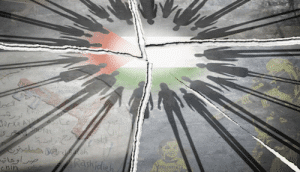 The banned UN report published by Under Secretary General Rima Khalaf is no longer on ESCWA’s website. Find out what’s in it & where to read it. Image credit: UN ESCWA.

released on March 15th, 2017 has produced a ton of legal and scientific evidence exposing the existence and reality of Israeli apartheid. The banned UN report, entitled Israeli Practices towards the Palestinian People and the Question of Apartheid: Palestine and the Israeli Occupation, Issue No. 1, was published by a group within the United Nations known as Economic and Social Commission for Western Asia (ESCWA). ESCWA is composed of around 50 Middle Eastern nations (excluding Israel) who are known for the opposition to the Zionist regime. What makes this banned UN report unique is that is replete with legal references showing exactly how Israel has been flouting international law in a myriad of ways that “amounts to the commission of a crime against humanity”. Strong words! The report doesn’t hold back the ugly truth. It adopts a scientific approach to testing and enumerating its hypothesis of Israeli apartheid, showing convincingly that Israel uses a number of techniques to ensure Palestinians are discriminated against and denied the full rights and power given to Jewish citizens.

Predictably, the report was “banned” and basically disowned by UN Secretary General Antonio Guterres and taken off the ESCWA’s website – after intense complaining and lobbying by the Israeli and US. The UN Under Secretary General, Rima Khalaf, who headed ESCWA, was pressured to resign from her posts and ended up doing so. However, she made it clear that she still stood by the accuracy of the report. 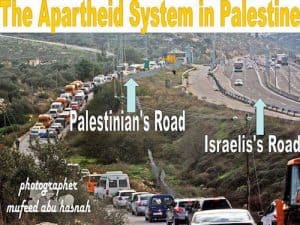 The banned UN report begins by remind us that although apartheid was a word that came out of South Africa, the concept is still very important in any nation or society:

“Although the term “apartheid” was originally associated with the specific instance of South Africa, it now represents a species of crime against humanity under customary international law and the Rome Statute of the International Criminal Court, according to which:

Apartheid is woven into the very fabric of Israel itself. No matter which political party holds power, racism and discrimination are institutionalized as public policy and part of the public purpose:

“The Israel Lands Authority (ILA) manages State land, which accounts for 93 per cent of the land within the internationally recognized borders of Israel and is by law closed to use, development or ownership by non-Jews. Those laws reflect the concept of “public purpose” as expressed in the Basic Law. Such laws may be changed by Knesset vote, but the Basic Law: Knesset prohibits any political party from challenging that public purpose. Effectively, Israeli law renders opposition to racial domination illegal.” 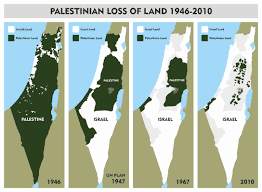 Illegal for Anyone to Challenge the Notion of a Jewish State

Did you know that Israel bans politicians from running for election to the Knesset (its Congress or Parliament)?:

“A candidates list shall not participate in elections to the Knesset, and a person shall not be a candidate for election to the Knesset, if the objects or actions of the list or the actions of the person, expressly or by implication, include one of the following:
(1) Negation of the existence of the State of Israel as a Jewish and democratic State…
Voting rights lose their significance in terms of equal rights when a racial group is legally banned from challenging laws that perpetuate inequality. An analogy would be a system in which slaves have the right to vote but not against slavery.” 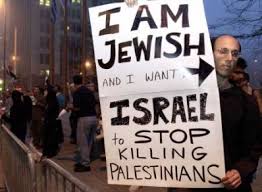 Another way they achieve this is through what the report terms as demographic engineering, which is the Zionist attempt to maintain a Jewish majority and hegemony in Israel, while trying to give the (perfunctory) appearance of being open, tolerant and non-discriminatory:

“Demographic engineering is another area of policy serving the purpose of maintaining Israel as a Jewish State. Most well known is Israeli law conferring on Jews worldwide the right to enter Israel and obtain Israeli citizenship regardless of their countries of origin and whether or not they can show links to Israel-Palestine, while withholding any comparable right from Palestinians, including those wits documented ancestral homes in the country.”

“A principle task of the JA-WZO is to work actively to build and maintain Israel as a Jewish State, particularly through immigration policy:
The mission of gathering in the [Jewish] exiles, which is the central task of the State of Israel and the Zionist Movement in our days, requires constant efforts by the Jewish people in the Diaspora; the State of Israel, therefore, expects the cooperation of all Jews, as individuals and groups, in building up the State and assisting the immigration to it of the masses of the [Jewish] people, and regards the unity of all sections of Jewry as necessary for this purpose.
Such explicit language by the State’s authorized agencies conclusively underlines the State’s essentially racist character.
…
National rights are reserved to Jewish nationality. For instance, the Law of Return serves the “in-gathering” mission cited above by allowing any Jew to immigrate to Israel and, through the Citizenship Law, to gain immediate citizenship. No other group has a remotely comparable right and only Jews enjoy any collective rights under Israeli law.”

Conclusion: Israel’s Identity at the Heart of the Apartheid Crisis

At the core of the matter is Israel’s very identity. It wants to be a Jewish State and a Democratic State. But how is this possible exactly? Being truly democratic equates to allowing all citizens, regardless of race, ethnicity, religion, etc. equally partake in your society. Once you try to make a state Jewish or composed of a particular race or religion, it’s no longer open and democratic. Judging by Israel’s laws and the attitudes of leading politicians, it is more important for them to preserve the Jewishness of Israel than the democratic nature of it. Zionist politicians love to boast that Israel is “the only democracy in the Middle East” however as this banned UN report convincingly demonstrates, that claim is highly dubious.

Beneath this tension is another inner struggle which cuts right to the heart of the matter. Can Israeli Jews and Zionists let go of the past and release their identity as victims of the Nazis and the Holocaust (and in using that term I am aware of the Zionist exaggeration around the event and number of reported deaths), so as to move on and create a better world? What Hitler and the Nazis did the to Jews was surely horrible. However, it is over 70 years since the end of World War 2. Can Jewish Israelis forgive but nor forget? To psychologically attach oneself, individually or collectively, to a past trauma or event is to identify with it – to the point where the individual or collective psyche only sees the world in those terms and unconsciously recreates it. Many people have pointed out how Zionism treats the Palestinians as the Nazis treated the Jews. The victim has become the perpetrator. Beneath this is a deep-seated fear that the they will be attacked and rounded up again. None of this conscious; it’s all operating beneath the surface.

Now, this Zionist and Israeli identity is causing horrible suffering upon the innocent Palestinians, whose land was handed over to the Rothschilds exactly 100 years ago via the British Balfour Declaration. I will finish with a quote attributed to Israel’s first Prime Minister, David Ben-Gurion, the many who helped Israel get the bomb and who defied JFK and other US Presidents:

“If I were an Arab leader, I would never sign a contract with Israel. It’s normal: We took their land. It’s true, that it was promised to us by God, but why should they care? Our God is not their God. There were anti-Semites, the Nazis, Hitler, Auschwitz, but was it their fault? They only see one thing: We came and stole their land. Why should they accept that?”

Previous Article
This Whistleblower Goes to Places You’ve Never Been To Before …
Next Article
5G and IoT: Total Technological Control Grid Being Rolled Out Fast