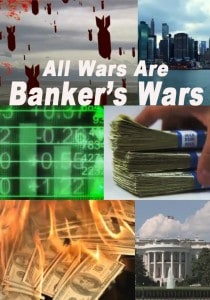 Bankers’ wars account for all the major wars of the last 2 centuries. The Rothschilds have secretly funded both sides throughout history. Now they’re doing it again with Syria.

of the last 2 centuries, and probably many more going further back. When you go beyond the official version of history spoon-fed to you through shallow or falsified school and academic textbooks, you realize the startling truth: bankers (primarily the Rothschild family) have been funding both sides of the battle for a long time. They always win, no matter which country or alliance is the nominal victor. Bankers’ wars pit brother against brother, nation against nation, culture against culture, making obscene amounts of money from interests on loans to buy weaponry. And now, with Iran on the backburner temporarily, these criminal bankers – banksters – have a new focus: target Syria.

The real agenda of the bankers’ wars in the Middle East

The strife in the Middle East region, that has been going on at least since 1991 with the first Gulf War, is not only due to oil and opium. Raping and pillaging natural resources is part of it for sure, but the real agenda is deeper than that. As I wrote about earlier with Iran’s central bank, there are not many countries left on planet Earth that do not have a privately owned Rothschild central bank. Iraq and Libya were part of that group, which has now dwindled down to a few, including Syria, Iran, Russia and China. Having thus far unsuccessfully tried to install a private central bank in Iran (by demonizing them in the Western media and fabricating stories about their nuclear intentions), the Rothschilds have decided to leave Iran alone for the time being and focus instead on a weaker nation: Syria.

Using the 2 countries they totally control, Israel and the US, and other countries they also control, Britain and France, the Rothschilds are harnassing these nations’ military might to conquer Syria. The banksters use the military and intelligence agencies and armies of the countries they control to invade and conquer the nations they do not (yet) control. They also use their own private armies and intelligence services to subvert all nations. In the case of Syria, this could trigger WWIII, especially with Iran and Russia giving Syria arms and publicly declaring their intent to support Syria if a war erupted.

All wars are bankers’ wars

Remember, do not fall for the deceptive propaganda. The war on Syria is not an American war on Syria or an Israeli war on Syria. It’s not even an al-Qaeda war on Syria. It’s a bankers’ war on Syria. All wars are bankers’ wars. Nations which defend their rightful sovereignty and refuse the Rothschild’s influence are often branded as “rogue” states and find themselves on the bankers’ hit list. As John Perkins revealed in Confessions of an Economic Hitman, if a country’s leader cannot be influenced or bought out by the bankers, that country becomes a target for regime change, whether by “sending in the jackals” (assassination), a rigged election, a coup d’état or an outright invasion. This is what is happening in Venezuela, Iran and now Syria.

The ordinary citizens of the world have a common enemy. The Syrian people and the American people are struggling against the same force – the private banking cartel and its military and corporate offshoots! May the global consciousness rise to the point where people can see through the deception and unite against the tyranny of the New World Order controllers.

Previous Article
Do Reptilians Exist? Various Points of Evidence for Alien Reptilians or Reptoids
Next Article
The Syria Agenda is the Same as the Libya and Iraq Agendas