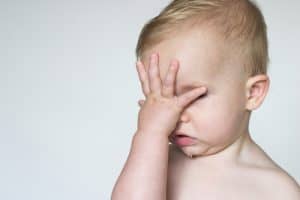 First it was “No Jab No Pay”; now it’s “No Jab No Play”. Find out the link between the Aussie PM’s Big Pharma wife and Australian mandatory vaccines.

are ever closer to becoming a reality – or perhaps they already are for those needing welfare and public education. The Australian Government has decided that it’s No Jab, No Pay policy wasn’t quite fascist enough, so it has upped the ante by going one step further. Prime Minister Malcolm Turnbull is trying to forge a policy where parents with unvaccinated children will not be able to enroll them in public school! That’s right: it’s Australian vaccine fascism. No Jab, No Pay may also become No Jab, No Play if the PM and his Big Pharma wife, Lucy Turnbull, get their way. Let’s take a further look at the push for Australian mandatory vaccines, keeping in mind the horrendous history of vaccines, which have injured, sterilized, paralyzed and killed countless people all over the world.

No Jab, No Play

The Independent reports in its article Unvaccinated children could be banned from attending preschool across Australia that Aussie PM Turnbull is pushing for Australian mandatory vaccines by making public education dependent upon vaccination rates:

“Prime Minister Malcolm Turnbull has written to state and territory leaders to push for nationally consistent laws to protect young children from disease.

He writes: “At our next Coag [Council of Australian Governments] meeting I propose we agree that all jurisdictions implement legislation that excludes children who are not vaccinated from attending childcare or preschool, unless they have a medical exemption.

“Vaccination objection is not a valid exemption. We must give parents the confidence that their children will be safe when they attend childcare and preschool.

“Parents must understand that if their child is not vaccinated they will be refused attendance or enrollment.””

The cute phrase No Jab, No Play was used by Australian Federal Health Minister Greg Hunt. It sounds clever, however it disguises a horribly authoritarian objective of forcing parents to make the choice between poisoning their child with toxic vaccines or getting free public education – a choice which for most families would be very difficult given the high price of private education in Australia.

Like many nations with 2-party political systems, the Australian Left (the Labor Party) doesn’t offer any opposition to the push for mandatory vaccines. It was the outspoken Pauline Hanson who criticized Turnbull for this move, but she was (predictably) put back into place by the force of the Australian Medical Association. Again from The Independent:

“Pauline Hanson was forced to apologise after she was criticised by the Australian Medical Association and others for suggesting vaccines were not safe and incorrectly claiming that parents could conduct their own tests to evaluate vaccination safety.

She told the ABC’s Insiders programme that successive governments had “blackmailed” people into having their children vaccinated because Australia has a policy of withholding childcare fee rebates and welfare payments from parents who do not have their children fully immunized.”

The article ‘No Jab, No Pay’ Policy Has A Serious Ethical Sting points out how this No Jab, No Pay policy hurts poorer Australian families:

“The “no jab, no pay” policy has harms beyond the physical: it may unfairly deny funds to people who already suffer from hardship. While much attention is given to the half of non-vaccinators who consciously refuse, people have failed to vaccinate for other reasons such as having an ill child, or being caught up in what may be an already difficult separated family situation.

People who do not vaccinate for reasons other than disagreement and concern tend to have lower household incomes (60% have a household income less than A$50,000) and lower education levels (34% have year ten or less education). Single-parent households are also over-represented in this sub-population – 21% versus 15% of families nationally.”

If you think the PM is pushing vaccines because he cares deeply for the health of ordinary Australians, think again. Lucy Turnbull is chairman of the pharma corporation Prima Biomed and is the PM’s Big Pharma wife. She has worked closely with Big Pharma giants GlaxoSmithKline and Novartis. The Sydney Morning Herald in 2015 reports that the Turnbulls were listed as “the third biggest shareholder” in Prima Biomed. 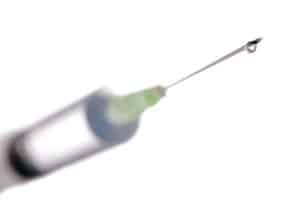 The 2 Assumptions Underpinning the Push for Australian Mandatory Vaccines

There are 2 fundamental assumptions behind Turnbull’s ploy. The first assumption is that of herd immunity. I have discussed this concept in an earlier article entitled Herd Immunity vs. Viral Shedding: Who’s Infecting Whom?, but here’s the basic point: herd immunity is based on faulty logic and numerous assumptions. It assumes vaccines work, it assumes the vaccinated don’t carry disease and it assumes vaccine-induced immunity is as good as natural immunity. As it turns out, it may in fact be the vaccinated who are spreading the disease through viral shedding.

The second assumption is that the State or the Government has the power to force you to take any medicine it deems fit for the sake of “public safety”. Of course, protecting public safety is a legitimate function of  Government, but where it gets tricky real fast is that dictators, autocrats and tyrants always (almost without exception) justify their draconian acts by claiming they are protecting the public. It’s always the same excuse. How many times have we heard the hackneyed phrase national security? At a certain point we have to evaluate whether it’s more important to preserve individual rights, liberty and sovereignty – or the “rights” of the abstract “group”. Who owns your body? You or the Government?

Here’s the bottom line: forcefully medicating people without their informed consent is a drastic and extremely coercive step, even if herd immunity were a completely watertight theory and even if every single vaccine were safe and effective – two rather big, fat and rotund “ifs”. However, the entire concept of informed consent is being watered down. 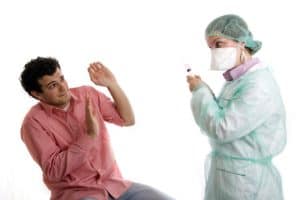 Australian mandatory vaccines: Are people going to let themselves get experimented upon?

The push for Australian mandatory vaccines is more evidence that the concept of informed consent is under attack. As the Organic Prepper reports, the US Government is helping out Big Pharma in America by watering down informed consent even further. A new law was passed in December 2016 endorsing an informed consent waiver:

“A new law quietly passed last December contains a waiver of informed consent that eliminates the requirement of pharmaceutical companies to let you know if a medication or vaccine given to you or your child is experimental. Wow. One last Christmas surprise from President Obama.

This is according to Section 3024, “Informed Consent Waiver for Clinical Investigations” of H.R. 32, the “21st Century Cures Act.” Here’s the wording of the text:

Clinical testing of investigational medical devices and drugs no longer requires the informed consent of the subjects if the testing poses no more than minimal risk to the subjects and includes safeguards.

“Clinical testing” is not clearly defined. Furthermore, who the heck gets to decide what “minimal risk” is? The pharmaceutical companies? The FDA? Medical professionals? How incredibly patronizing.”

The truth is that mandatory vaccines go against the Australian Constitution, as well as ideals in the Hippocratic Oath and the Australian Medical Association’s Code of Ethics. However, those pushing the vaccine agenda have ways around this, such as by introducing fake health threats and health scares (e.g. the dreaded zika virus caused by a pesticide) to try to justify the imposition of quarantine laws:

“As a general rule, there are no diseases for which vaccination is compulsory for persons living in Australia. However … where cases of quarantinable diseases arise, quarantine officers have the power to require a person who is subject to quarantine to submit to vaccination or prophylaxis if this is considered necessary to prevent the spread of the disease or is specified in the International Health Regulations. The Quarantine Act 1908 (Cth) was amended in 2008 to meet certain requirements under the International Health Regulations (2005) for vaccinations and other health measures related to travelers.”

Here is an excerpt from the Hippocratic Oath:

“With regard to healing the sick, I will devise and order for them the best diet, according to my judgment and means; and I will take care that they suffer no hurt or damage. Nor shall any man’s entreaty prevail upon me to administer poison to anyone; neither will I counsel any man to do so.”

Here is an excerpt from the Australian Medical Association’s Code of Ethics:

“Approach health care as a collaboration between doctor and patient.”

How exactly is mandatory vaccination a “collaboration”?

The No Jab, No Pay and No Jab, No Play are examples of creeping soft policy whereby the Australian Government is trying to coerce people into accepting vaccinations without trying to mandate it in law (which would be difficult, unconstitutional and result in pushback). So it’s using strong-handed tactics to mess with people using its services (welfare, public education) and get the vaccination rates higher through the back door. Informed consent is being constantly eroded, despite the fact it is cornerstone concept in medicine (and in law), because it recognizes the right of the individual to choose (or not choose) his own treatment. To allow governments and corporations to run roughshod over this right is to pave the way for medical tyranny. It is to allow collectivism to triumph over individualism. It is to allow third parties the legal right to dictate to you what you must put inside of your body.

Inform yourself and others around you about what adjuvants and ingredients are in vaccines. See for yourself how monkey virus SV-40 was linked to the cancer-causing polio vaccine. See for yourself how NWO agenda man Bill Gates admitted that vaccines lead to depopulation. Governments only try to push mandatory vaccines on people who don’t know about them. How informed are you?