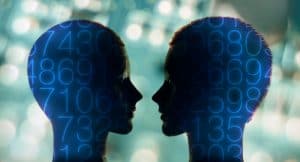 is the next phase humanity appears to be going through in its technological evolution. We are at the point where corporations are designing Artificial Intelligence (AI) machines, robots and programs to make child AI machines, robots and programs – in other words, we have AI building AI. While some praise this development and point out the benefits (the fact that AI is now smarter than humanity in some areas, and thus can supposedly better design AI than humans), there is a serious consequence to all this: humanity is becoming further removed from the design process – and therefore has less control. We have now reached a watershed moment with AI building AI better than humans can. If AI builds a child AI which outperforms, outsmarts and overpowers humanity, what happens if we want to modify it or shut it down – but can’t? After all, we didn’t design it, so how can we be 100% sure there won’t be unintended consequences? How can we be sure we can 100% directly control it? 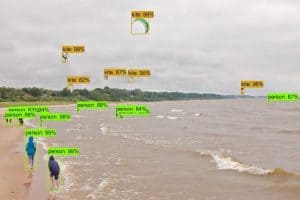 Google Brain researchers announced in May 2017 that they had created AutoML, an AI which can build children AIs. The “ML” in AutoML stands for Machine Learning. As this article Google’s AI Built Its Own AI That Outperforms Any Made by Humans reveals, AutoML created a child AI called NASNet which outperformed all other computer systems in its task of object recognition:

“The Google researchers automated the design of machine learning models using an approach called reinforcement learning. AutoML acts as a controller neural network that develops a child AI network for a specific task. For this particular child AI, which the researchers called NASNet, the task was recognising objects – people, cars, traffic lights, handbags, backpacks, etc. – in a video in real-time. AutoML would evaluate NASNet’s performance and use that information to improve its child AI, repeating the process thousands of times. When tested on the ImageNet image classification and COCO object detection data sets, which the Google researchers call “two of the most respected large-scale academic data sets in computer vision,” NASNet outperformed all other computer vision systems. According to the researchers, NASNet was 82.7 percent accurate at predicting images on ImageNet’s validation set. This is 1.2 percent better than any previously published results, and the system is also 4 percent more efficient, with a 43.1 percent mean Average Precision (mAP).”

With AutoML, Google is building algorithms that analyze the development of other algorithms, to learn which methods are successful and which are not. This Machine Learning, a significant trend in AI research, is like “learning to learn” or “meta-learning.” We are entering a future where computers will invent algorithms to solve problems faster than we can, and humanity will be further and further removed from the whole process. 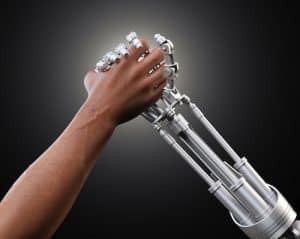 The issue is stake is how much “freedom” we give AI. By that I mean this: those pushing the technological agenda boast that AI is qualitatively different to any machines of the past, because AI is autonomous and adaptable, meaning it can “think” for itself, learn from its mistakes and alter its behavior accordingly. This makes AI more formidable and at the same time far more dangerous, because then we lose the ability to predict how it will act. It begins to write its own algorithms in ways we don’t comprehend based on its supposed “self-corrective” ability, and pretty soon we have no way to know what it will do.

Now, what if such an autonomous and adaptable AI is given the leeway to create a child AI which has the same parameters? Humanity is then one step further removed from the creation. Yes, we can program the first AI to only design children AIs within certain parameters, but can we ultimately control that process and ensure the biases are not handed down, given that we are programming AI in the first place to be more human-like and learn from its mistakes?

In his article The US and the Global Artificial Intelligence Arms Race, Ulson Gunnar writes:

“OpenAI’s Dr. Dario Amodei would point out that research conducted into machine learning often resulted in unintended solutions developed by AI. He and other researchers noted that often the decision making process of AI systems is not entirely understood and many results are often difficult to predict.

The danger lies not necessarily in first training AI platforms in labs and then releasing a trained system onto a factory floor, on public roads or even into combat with predetermined and predictable capabilities, but in autonomous AI systems being released with the capacity to continue learning and adapting in unpredictable, undesirable and potentially dangerous ways.

Dr. Kathleen Fisher would reiterate this concern, noting that autonomous, self-adapting cyber weapons could potentially create unpredictable collateral damage. Dr. Fisher would also point out that humans would be unable to defend against AI agents.” 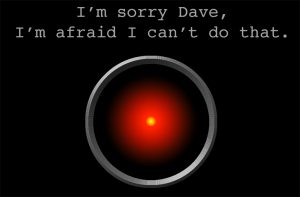 AI Building AI: Can We Ever Be 100% Sure We Are Protected Against AI?

Power and strength without wisdom and kindness is a dangerous thing, and that’s exactly what we are creating with AI. We can’t ever teach it to be wise or kind, since those qualities spring from having consciousness, emotion and empathy. Meanwhile, the best we can do is have very tight ethical parameters, however there are no guarantees here. The average person has no way of knowing what code was created to limit AI’s behavior. Even if all the AI programmers in the world wanted to ensure adequate ethical limitations, what if someone, somewhere, makes a mistake? What if AutoML creates systems so quickly that society can’t keep up in terms of understanding and regulating them? NASNet could easily be employed in automated surveillance systems due to its excellent object recognition. Do you think the NWO controllers would hesitate even for a moment to deploy AI against the public in order to protect their power and destroy their opposition?

The Google’s AI Built Its Own AI That Outperforms Any Made by Humans article tries to reassure us with its conclusion:

“Thankfully, world leaders are working fast to ensure such systems don’t lead to any sort of dystopian future. Amazon, Facebook, Apple, and several others are all members of the Partnership on AI to Benefit People and Society, an organisation focused on the responsible development of AI. The Institute of Electrical and Electronics Engineers (IEE) has proposed ethical standards for AI, and DeepMind, a research company owned by Google’s parent company Alphabet, recently announced the creation of group focused on the moral and ethical implications of AI. Various governments are also working on regulations to prevent the use of AI for dangerous purposes, such as autonomous weapons, and so long as humans maintain control of the overall direction of AI development, the benefits of having an AI that can build AI should far outweigh any potential pitfalls.”

However, I am anything but reassured. We can set up all the ethics committees we want. The fact remains that it is theoretically impossible to ever protect ourselves 100% from AI. The article Containing a Superintelligent AI Is Theoretically Impossible explains:

” … according to some new work from researchers at the Universidad Autónoma de Madrid,as well as other schools in Spain, the US, and Australia, once an AI becomes “super intelligent”… it will be impossible to contain it.

Well, the researchers use the word “incomputable” in their paper, posted on the ArXiv preprint server, which in the world of theoretical computer science is perhaps even more damning. The crux of the matter is the “halting problem” devised by Alan Turing, which holds that no algorithm is able to correctly predict whether another algorithm will run forever or whether it will eventually halt—that is, stop running.

Imagine a superintelligent AI with a program that contains every other program in existence. The researchers provided a logical proof that if such an AI could be contained, then the halting problem would by definition be solved. To contain that AI, the argument is that you’d have to simulate it first, but it already simulates everything else, and so we arrive at a paradox.

It would not be feasible to make sure that [an AI] won’t ever cause harm to humans.”

Meanwhile, it appears there are too many lures and promises of profit, convenience and control for humanity to slow down. AI is starting to take everything over. Facebook just deployed a new AI which scans users’ posts for “troubling” or “suicidal” comments and then reports them to the police! This article states:

“Facebook admits that they have asked the police to conduct more than ONE HUNDRED wellness checks on people.

With AI building AI, we are taking another key step forward into a future where we are allowing power to flow out of our hands. This is another watershed moment in the evolution of AI. What is going to happen?

Previous Article
20 and Back: 2 More Whistleblowers Divulge Involvement in Secret Space Program
Next Article
1947: The Year that Changed Everything – 70 Years On